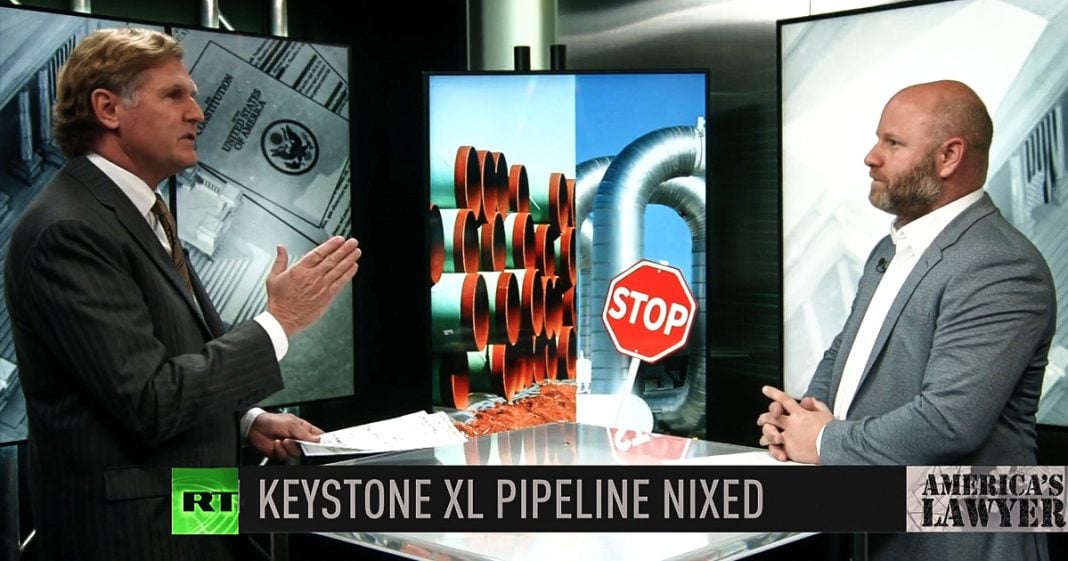 Mike Papantonio:             And finally tonight, some good news. Joe Biden has officially put the brakes on the Keystone XL pipeline, thank goodness, and I have Farron Cousins back with me to talk about this. Wow. What a great start. He come, he runs for president, he says climate change is that, is a number one priority with me and that’s all we, that’s all we want to see.

Mike Papantonio:             Most progressives when they voted, liberals that voted, Trump was gone. That was all they had on, get rid of Trump and they, they failed to pay attention to what Biden was saying. He was saying, I’m going to do something about climate change. If he doesn’t, it’s going to be terrible for the Democrats. If he does, it’s going to be an incredible legacy for Joe Biden, but he’s made his first step.

Farron Cousins:                  Right. And just as a point to point out here, you and I, this is now the fourth administration we have had to talk about the Keystone XL pipeline.

Farron Cousins:                  That, that’s how long this thing has been kicking around. But no, as, as we’ve repeatedly said, look, you’re talking about 32 permanent jobs would have been created by this pipeline. Would have traveled over some of the most precious aquifers that serve tens of millions of people in this country. No monitoring of the pipeline, no way to detect pinhole leaks that could leak millions of gallons in a week or two with nobody knowing it into these aquifers. It was a stupid idea and the United States would not have benefited from it at all. It was going to send oil from Canada to the Gulf Coast to head to the Middle East.

Mike Papantonio:             Big, big move for Biden, this is an important first step for him on his promise to do something about climate change.