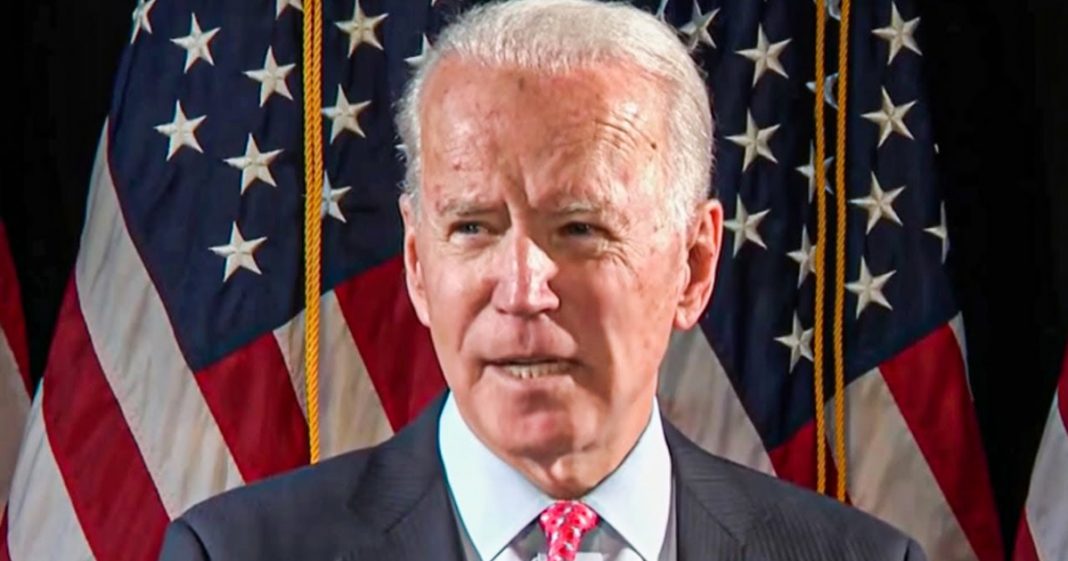 A group of ten Republican Senators have proposed a “compromise” COVID relief bill that will end up helping roughly half of the people that the initial proposal would have helped. This includes severe limitations (and an overall reduction) in direct checks to struggling Americans, along with further reductions in unemployment benefits and no minimum wage increases. Ring of Fire’s Farron Cousins explains why this compromise is both insulting and completely unnecessary.

In a disappointing move for the Democrats, Joe Biden has agreed to meet with the 10 moderate Republicans who have come up with their own COVID relief compromise, as they’re calling it, and this compromise for anyone who’s not been paying attention, basically includes scaled down payments of $1,000 instead of $1,400 and it reduces the threshold on who would qualify for these checks. Basically their plan says anyone who makes up to $50,000 would get checks, or if you’re a household up to $100,000. Now the last round of stimulus, we got those $600 checks. They had actually upped the eligibility for that, a family, or excuse me, a dual income home up to $198,000, I believe, so basically up to 200,000, they want to cut that in half these Republicans do. They also want to reduce the unemployment benefit that has been extended by a hundred dollars a week.

They want to get rid of the $15 minimum wage the Democrats are trying to push through there and essentially push austerity because they think we might be sending money to people who don’t need it. Why would we bother helping everyone when we should just really help those who are like super struggling? You know, not the people who are just struggling a little bit. They’ll, there’ll be okay these Republicans think and Joe Biden says, well by golly, let’s meet, let’s talk. Let’s try to figure this out even though I don’t need you. I don’t need your input in these. We can either pass the bill straight up and if we can’t do that, as Bernie Sanders has repeatedly said over the last few days, he has the numbers to do it through reconciliation. So, so we don’t need the Republicans. So why in God’s name is he meeting with them to talk about scaling down what has already been scaled down?

Look, here’s the God’s honest truth and anyone who tells you otherwise is lying to themselves and denying the basic reality of literally one month ago. One month ago, after the $600 checks went out, Democrats were campaigning in Georgia on $2,000 checks, not $1,400 checks combined with your $600 check to make it an even, nah, nah, nah, nah that didn’t happen till after the election, after the Democrats won. That’s when that talking point suddenly changed that, oh no, we always meant adding them together. We just literally never said it until after we secured the election. So we lied to all those voters in Georgia who voted for us based on Ossoff and Perdue going out there and literally saying $2,000 checks will be out the door. Not $1,400 checks would be out the door. And now he’s meeting with Republicans instead of progressives.

That’s all you have to do is listen to them. Don’t listen to these moderate Republicans preaching austerity while at the same time, all 10 of these Republicans voted for the $740 billion Pentagon budget for the year. They also all voted for the tax cuts for the wealthy. So we know they clearly have no problem giving money to people who don’t need it. They’re a bunch of liars, they’re a bunch of hypocrites. They shouldn’t have a seat at the table. The American public should. Get them their relief checks because if you don’t, you know for a fact, as well as I do, Democrats are going to pay for that in the midterm elections.