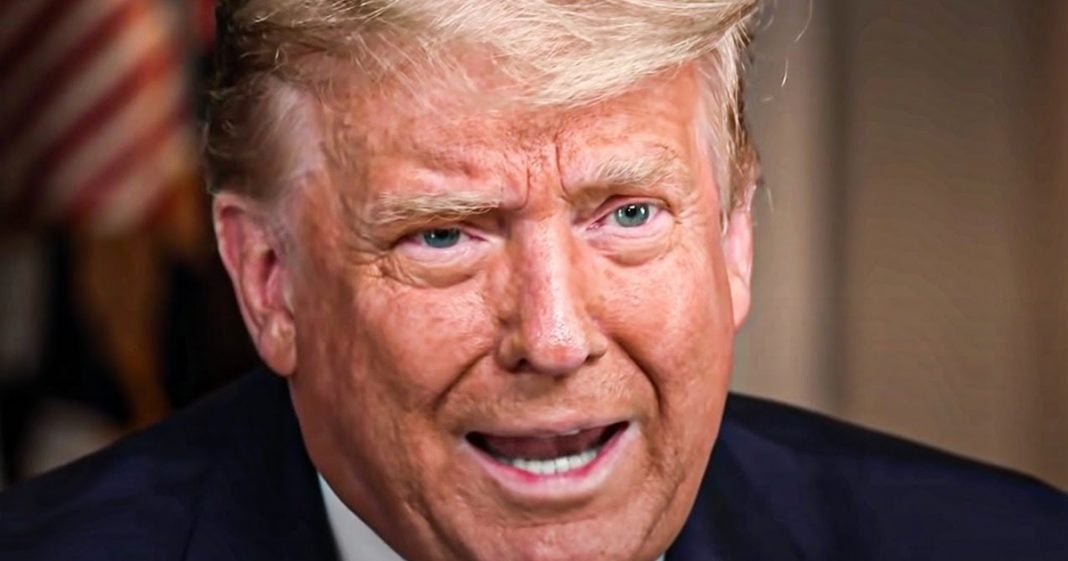 Donald Trump’s obsession with Antifa and his desire to make them into a public enemy caused the Department of Justice to divert crucial resources towards hunting “Antifa” instead of keeping closer tabs on right wing domestic threats. This led to an increase in violence from these right wing groups, culminating in the January 6th attack on the Capitol. Ring of Fire’s Farron Cousins discusses this.

According to new reports out this past weekend, Donald Trump essentially forced the Department of Justice to divert resources away from tracking real threats, like the threat from right-wing extremists here at home, and instead diverting them towards made up threats like Antifa. Over the summer, obviously there were lots of protests. We all know this, we covered them and it was believed that it was Antifa that was out there and they were destroying cities as Republicans tell it to this day, burned US cities to the ground, is actually a common talking point that they all say. Burned US cities to the ground. Now don’t ask them which city, because none of them can give you an answer because it turns out that never happened. There was lots of vandalism. Sure, sure. Vandalism. Yeah. Couple of murders too, but that wasn’t Antifa, that was the right-wing extremists that the Department of Justice and the FBI should have been monitoring, but unfortunately they had their hands tied because the crazy president kept telling them Antifa is the real threat.

That’s the narrative we have to push. So that’s what I want you all to investigate and because of that, again, resources, including personnel, we’re diverted from working on tracking right-wing extremists here in the United States. And instead they were sent to Portland, they were sent to Portland where they were supposed to round up Antifa, maybe infiltrate Antifa headquarters, the Antifa soup company because as Trump told us, they would buy soup and just say, oh no, it’s soup for my family and then ha they throw the soup at you. Literally never happened. But the president of the United States crazy as he was, went on TV and told us this. We have known for many, many years, the top two threats to our way of life here in the United States. And do you know what they are from the intelligence agencies themselves? Climate change, violent right-wing home grown extremists here in the United States, two biggest threats to your life, living in America, climate change and right-wingers, and this isn’t something new that these intelligence agencies have been telling us either, either.

This is something that they’ve been telling us for over a decade, that your two biggest threats to your way of life here in the United States. So they knew, they knew that Antifa was not a threat. That Antifa wasn’t any kind of organized group. You know, a bunch of random people out there saying, I am this thing. There’s not really anything to track. You know, there’s not a, a leader to go take down, like there are with say every other Republican group because they are organized. And as we found out also over the weekend, one of them was working with the FBI already. Antifa was never a threat to your way of life. Those other things truly are and those are the things that maybe these intelligence agencies need to be focusing on now that Trump’s out of office. But let’s never forget, his paranoia and his desperation to paint the left as if they were as violent as the right, is what caused this. And that’s why Republicans love to talk about Antifa because they want people to think that those people out there spray painting the side of a building are just as dangerous, if not more so than those crazy right-wingers with AR-15s, who would gladly shoot you in the face if you disagree with them politically. Republicans want us to think these two things are the same. Rationally thinking human beings understand that one of those isn’t a threat to your life, but the other one, the one on the right, certainly is. And the FBI knew this, the DOJ knew it, but they chose to go after the non threat because that’s what Trump wanted them to do.