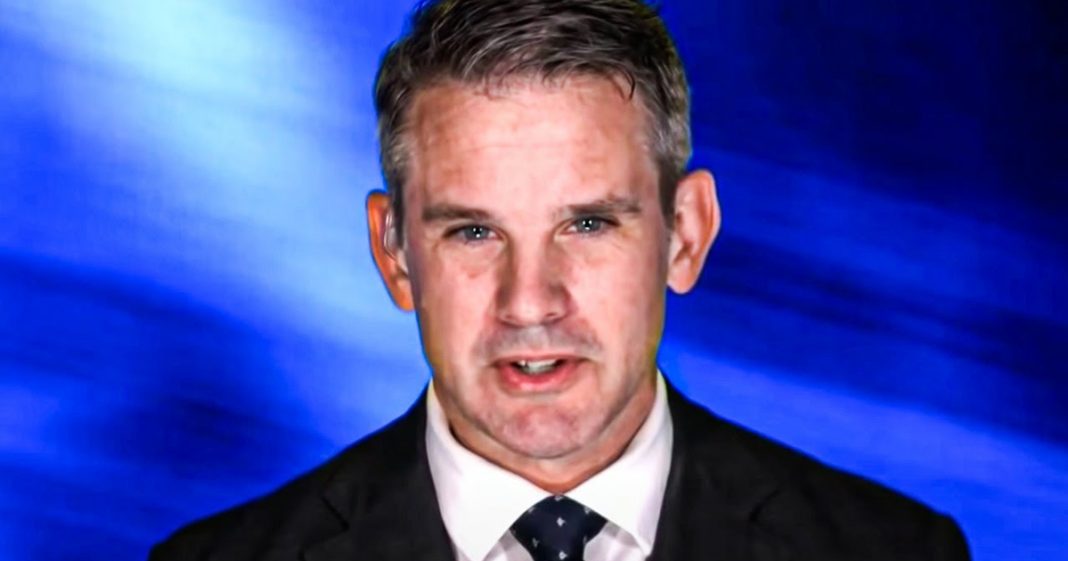 Republican Congressman Adam Kinzinger says that he has been disowned by his family for voting to impeach Donald Trump in the House of Representatives. His own family has put Party loyalty over family loyalty, showing that the cult is far stronger than most people might think. Ring of Fire’s Farron Cousins discusses this bizarre scenario and how it shows how big the problem is across the country.

The 10 Republicans in the House of Representatives that voted to impeach Donald Trump have a tough road ahead of them. As we’ve reported, Donald Trump is already trying to get with his loyalists inside the GOP to find challengers, primary challengers for these 10 individuals. He’s talking to the leadership, trying to get them to expel these members from their committee assignments and of course they’re getting all kinds of threats and calls from Trump supporters, doing everything from calling them Republicans in name only to calling for their immediate execution. You’d think that would be about as bad as it gets, right? But apparently, according to one of these Republicans, Congress person Adam Kinzinger, it doesn’t just stop with those crazy far off Trump supporters or a former president working behind the scenes. No, he says in a new interview with Business Insider that his own family has turned on him.

He said he’s working for quote, the devil’s army, because he voted to impeach Donald Trump in the House of Representatives. Here’s his quote, my dad’s cousin sent me a petition, a certified letter saying they disowned me because I’m in the devil’s army now. So members of his own family were off enough to where they said, all right, listen, we’re going to go to the post office. We’re going to pay extra to have this piece of mail sent as certified mail. It’s not cheap, by the way. All because we want to prove a point that our relative, a member of our family tree, did something we disagree with. Not just something we disagree with, but a man that we love and admire, he voted to do a mean nasty thing to him, that would have happened even if Kinzinger hadn’t voted for it.

But yeah. So you paid extra money. Yeah. You showed him, dad’s cousins. Listen, this actually is a, is a rather frightening story. Not, not for Kinzinger, for the country as a whole. If we have people in this country who legitimately believe that their love and admiration of Donald Trump is greater than their family bonds, that’s a problem. That’s a form of psychosis. They’re projecting all of this love onto this figure and they genuinely believe and this is where the psychosis comes in, that this figure loves them back. You know, we see this a lot in this country with like, celebrity worship, the people who get crazy obsessed with them and they think, well, I love them, but they love me. They just don’t, they may not know it yet and then, you know, turns into stalkers and things like that. That’s how some of these people are with Donald Trump.

To disown your family, I don’t even care if it is your dad’s cousins, brothers roommate, whatever it is, these are people that are, are close to you. And they sent you a certified letter to let you know it is official, we have disowned you. Adam, representative Kinzinger, I don’t know you good enough to call you Adam, representative Kinzinger, I think you’re better off without them. Probably the kind of people you wouldn’t want to run into at a family reunion. Probably not the people you want to sit next to at Thanksgiving if this is who they are. If you ask me, in my opinion, you probably dodged a bullet there and judging from how crazy they are, that might be more true than we realize. So good. Purge the crazies from your life, or let them purge themselves, because that’s the only way we’re going to end up moving forward. Ignore the crazies and just focus on doing your job.