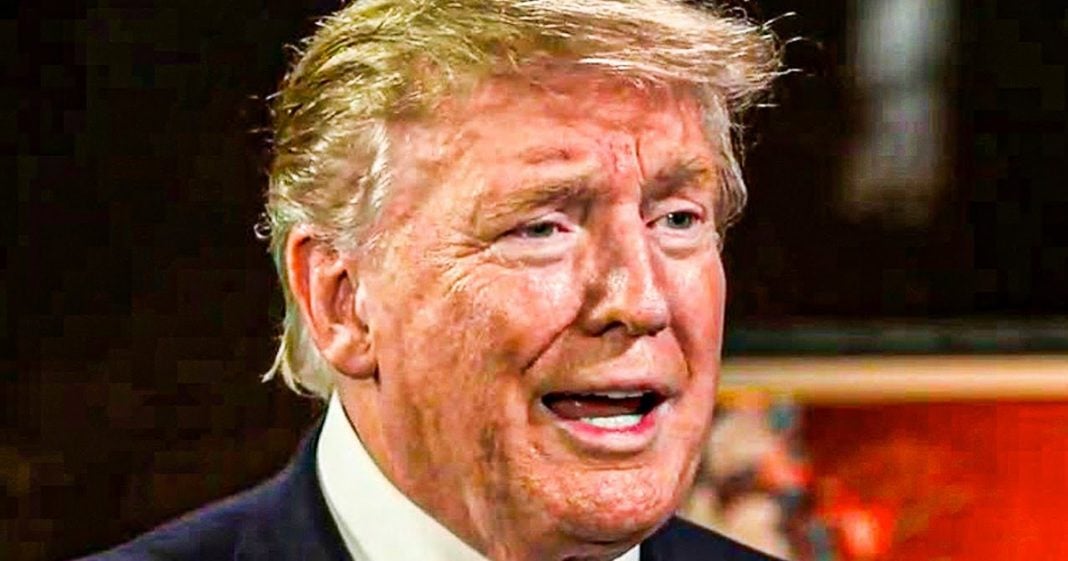 Now that Democrats in the Senate know that Republicans aren’t going to actually consider evidence in the impeachment trial and that they’ve already made up their minds, they are wanting the trial to come and go as quickly as possible. They understand that a long, drawn-out impeachment trial is going to prevent them from getting other work done, and they have a pile of problems that need to be dealt with immediately. Ring of Fire’s Farron Cousins discusses this.

According to a new report from Politico out late this week, Democrats in the Senate are hoping to move past the impeachment trial relatively quickly. At first, they wanted this trial to be real. You know, they wanted to be able to present evidence. They wanted the senators to be impartial jurors and to make a decision on Donald Trump’s political fate, based on what was presented in that trial, they now know that ain’t happening. Republicans have said, that’s not happening. Everybody has pretty much already said whether they’re a yes or a no, Democrats do not have the votes to convict. You have to have 67. They’re lucky if they’ve even got 50. So it is what it is and it is nothing. You have nothing. So now Democrats are saying, well, we’re hoping we can get through this pretty quick and just move on and that’s the smartest way.

I still wholeheartedly support this impeachment effort, but I do agree that now that you know how everybody’s going to go, present your evidence, present it quickly, publicize it, and then let’s move on because the Democrats understand that as the majority in the Senate, they have a lot on their shoulders. They have to get things done. They have to produce results because when it comes to winning reelection, Democrats have to be able to show something, Republicans on the other hand, never do, never. They never have to show that they’ve done anything to help the public, Democrats on the other hand, always have to prove that they should keep their jobs. Republicans just have to prove that the other guy or woman shouldn’t have that job. So yeah, double standard there, a little biased, but nevertheless, it is what it is. So Democrats are wanting to move past this.

They want to go forward and they want to be able to do things. Well, what kind of things are they going to do? Well for one, we’re still waiting on the second round of stimulus checks. Joe Biden had told us $2,000 checks after we got the $600 checks. Now he’s saying that the extra $1400, that adds up to $2000 with your $600, he’s open to negotiating that. So you may not even get the $1400. God only knows what you’re going to end up getting from this administration, from the Senate. But that is something they have to do. They have other bills, they have other rules, they have other pieces of legislation that have to be considered that have to be voted on that they have to do something with, and the longer they’re stuck in impeachment, the less they’re able to do, which actually works out better for Republicans. If Republicans wanted to hurt the Democrats, what they could do is drag the impeachment out.

The public has already made their minds too, by the way, the public wants Trump impeached and removed and barred from ever holding a political office for the rest of his life. They’re not on the side of the Republicans. So Republicans don’t have to worry about dragging out the trial because they’ve already lost in that regard with the public. They’re going to win the battle, which is the impeachment not being convicted. They’re going to lose the war, which is the battle for the soul of the American public. So they should drag it out. They should make the Democrats not be able to move on to other business in order to hurt them politically. Now that would be horrible for the country. Okay. I’m not advocating that at all. I’m just saying for me, purely, you know, political maneuvering standpoint, that is what the Republicans could do. They won’t, Democrats want to move past it and at this point we already know what the outcome is going to be. So yeah, might as well, let’s start working on legislation that’s going to help the American public and they’ll forget all about the impeachment if the Democrats can deliver for them.