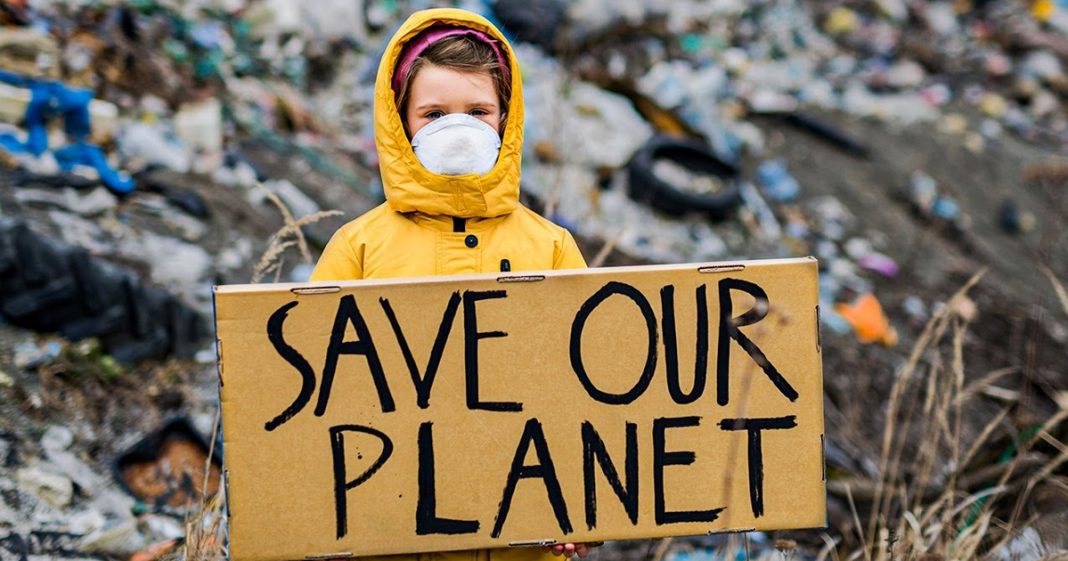 The U.S. Pentagon has once again made the assertion that climate change is a national security threat, something that the agency has actually known as far back as the 1980’s. The problem this time is that the Pentagon hasn’t acknowledged their role in the climate crisis, as they are the largest polluter on the planet, emitting more pollution than 140 countries COMBINED. Ring of Fire’s Farron Cousins discusses this.

I just wish they would include the second half of that statement, which is, and by the way, we’re going to do something about the fact that we, the Pentagon are the top polluter on the planet, on the planet. There is no group, there is no country, there is no company that emits more pollution than the US department of defense. They emit more than 140 different nations comebined on a yearly basis. They’re the top polluter and they’re the ones who keep coming out saying, hey, y’all got to do something about this because climate change could kill you. Well, we’re going to go run our aircraft carriers around on the ocean for a bit. That’s going to burn up quite a bit of gas. So, see ya. Do something about climate change while we’re gone just driving our boats around. We cannot, as a country actually tackle the threat of climate change without overhauling our entire military system. We have to cut the military budget. We have to stop some of these idiotic maneuvers we have where we do just station aircraft carriers out there, just burn fuel 24/7.

Why? For the sake of being world police? And you’re only, and this is the true irony here is that by doing this by emitting more, because you have to be over there in case something happens, you’re also increasing the likelihood that something’s going to happen by making climate change worse. Like we’re our own worst enemy at this point on the issue of climate change here in the United States, we truly are. Majority of people left and right agree that we need to do something about the issue of climate change, about the threat of climate change. They agree that it’s a threat and again, this is a majority of voters out here in the country. Things change when you get to DC, where no longer do you see these majorities of Republicans say yes to acting on climate change, majority of them say no. But the Pentagon is right. The Pentagon has to do something about their own problems, but again, they’re right. Climate change, as they say, is a threat multiplier. It takes existing threats and amplifies how bad they are. You know, we have discussed at length here, we have done plenty of interviews here at Ring of Fire with Dr. Michael Mann over the years and he has explained this. We all know this. The science is very clear.

So every time the Pentagon comes out and says this, yes, we talk about it because it needs to be talked about, but they’re not giving us anything new yet. Like this is just a rehash. Again, we have literally been talking about Pentagon declares climate change a national security threat, since ’06 or ’07. I mean, go back through our archives, I guarantee you, you will find that video of Mike Papantonio standing in front of the, you know, printed out background, talking about the liberal tree huggers at the Pentagon, jokingly, he’s not being serious about that. I remember it clear as day. It’s there, it’s in the video archives, go find it. Either way, we know it’s a threat, we know they’re the biggest polluter. So how about we actually do something about it, right? Because it’s one thing to acknowledge the threat. It’s one thing for everybody to agree and say, yes, that threat is real. It’s another to actually do something about it and that’s where we always seem to stall. We’re good at recognizing all of these problems. We’re just pretty bad at ever doing anything about them.