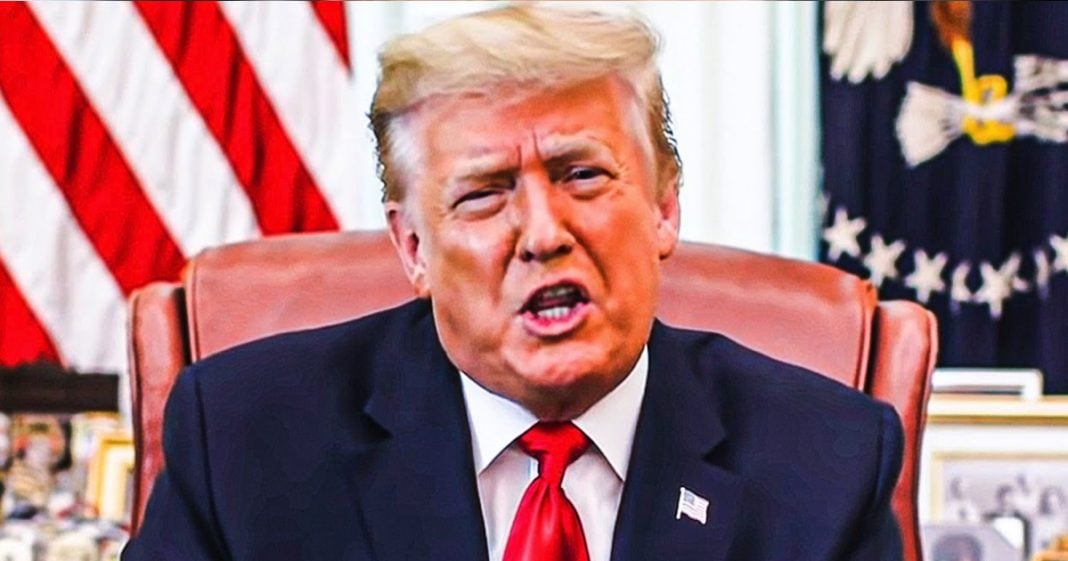 According to the latest round of polling, 57% of Americans are not only in favor of convicting Trump in the impeachment trial, but they would also like to see him banned for life from holding public office. The American public has overwhelmingly rejected Donald Trump, and it is unlikely that he will be able to do anything to turn those numbers around at any point. Ring of Fire’s Farron Cousins discusses this.

According to the latest polling here in the United States, most Americans, even though we know that the impeachment trial is going to lead to absolutely nothing, most Americans, 57% of them would like it to, and they would like to see Donald Trump banned from ever holding any kind of public office here in this country again, for the rest of his life, 57%. Majority is what that means by the way, folks, a majority of people say, yes, Trump should be banned from ever holding a public office again in his life, 56% approve of impeachment, 52% approve of conviction and 57% say bar the man from ever holding office again, which is funny that that number is the highest. Like fewer people say, yes, he should be convicted. But some of the people who say he shouldn’t be convicted still say, but I want him barred from ever holding office again.

So that’s kind of interesting. At the same time, same day this study came out or poll came out, excuse me, another poll came out saying that Donald Trump’s approval rating within the Republican party itself had risen by nine points, ooh. He’s up to 81% among Republicans now, eh, who cares? Look, these polls about politicians standings within their own parties, they’re always going to skew very, very, very high. Why? Because tribalism is huge here in the United States. Party ID is huge. You got about a third, a third, a third, right? Roughly thereabouts, I think the latest numbers I’ve seen, Republicans, Democrats, Independents and third parties make up the other third. So pretty evenly split. So if you have 80% of one third saying I approve of this guy. Yeah. Really not anything to write home about, right? But this 57% of the public as a whole, that’s a bigger number. That’s a more positive number. That’s a number to get excited about.

That’s a number that says that maybe if Trump does decide to run again in the future, he’s not going to find the success that he once found. Not to mention the fact that he now has a four year record for us to criticize and scrutinize and yeah, suddenly the thought of him entering politics again becomes a fleeting one. His chances are dwindling. His age is going to become a factor. The silencing of him on social media is certainly a factor. I’m not too worried about Trump right now. What I am worried about is whether or not Biden is up to the job. He has had some phenomenal executive orders so far, some better than others, but we’re making progress. He is undoing a lot of what Trump did via executive order and this is a great start, but everybody comes out the gate, usually with a lot of good executive orders for their party. Trump did not come out with good executive orders for anybody, if you weren’t a Republican. But can he keep it up? That’s where I’m going to focus my energy right now. Trump is old news. The public, as of right now is against him and that’s fantastic. Let’s hope that stays. But in the meantime, we have work to do, we have a country to fix, so let’s focus on that.