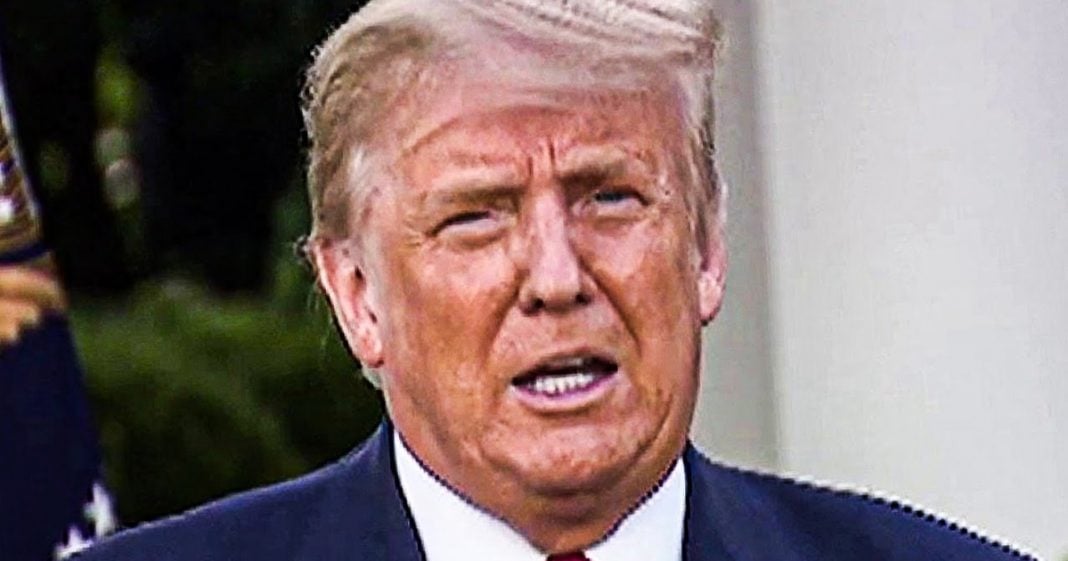 Even though Joe Biden is the President and Trump is now a private citizen, plenty of Trump supporters still believe that this is all just a ruse and that Trump will now be inaugurated on March 4th. These crazed Trump supporters have now teamed up with a different group of nuts, and the combined brain power of these two groups wouldn’t even be enough to turn on a light bulb. Ring of Fire’s Farron Cousins explains what’s happening.

Just when you thought the conspiracies from the Trump supporters couldn’t get any wackier, along comes a new one saying that Donald Trump is actually going to be sworn in as the 17th president of the United States on March 4th. Yes, this inauguration we just had of Joe Biden, it’s all a farce, it’s all for show. Trump’s down in South Florida awaiting his March 4th inauguration, according to this latest conspiracy theory, which actually combines the people represented by a letter of the alphabet that comes before the letter R and the sovereign citizen movement. Here’s what vice has to say, why, why March 4th, why it’s all this. Sovereign citizens believe that a law enacted in 1871 secretly turned the US into a corporation and did away with the American government of the founding fathers.

The group also believes that president Franklin D Roosevelt sold US citizens out in 1933, when he ended the gold standard and replaced it by offering citizens as collateral to a group of shadowy foreign investors. Sovereigns use indecipherable legal filings based on arcane texts to separate themselves from the legal entities the government has supposedly, supposedly created in their name in order to sell to investors. And some of the letter followers are borrowing discredited arguments from sovereign citizens in order to yet again, move the goalposts. They’ve absurdly, they’re absurdly claiming Trump will be inaugurated on March 4th because the US was incorporated in 1871 and all amendments passed after that are invalid.

Um, okay, so there you have it. America’s mental health crisis laid out for you in this article, because again, I’m going to keep repeating this, this is what this is. This isn’t just a lack of education, which yes is prevalent among these groups here, but this is a mental health crisis in the United States and we’re watching it unfold before our eyes. And it’s, it’s fun to, to mock them, to laugh at them and say, this is all ridiculous, but deep down, these folks actually believe these things. This is a major, major problem here in the United States that simply mocking them or watching them as Trump doesn’t get inaugurated on March 4th, that’s not going to change the way these people think, the way they act, the way they behave. Those are the roots, the problems that we have to deal with here in the United States.

Now, we have seen a little bit of promise in just the last week, right? We have seen some members of the letter group come out and say, we were bamboozled. This was all a fraud. I’m now a laughingstock among my family. I don’t subscribe to this anymore. And that’s great because there’s nothing more powerful, there’s no more powerful way to take somebody out of a cult than to have them come to the realization themselves. But for those who don’t, they need our help. That’s what these stories are. They are a cry for help, whether they want to admit it or not, we need to do something. We need mental health experts on this issue, because nothing short of getting to the root of these problems, working through with these people, why they believe these things, nothing short of that is actually going to fix it.