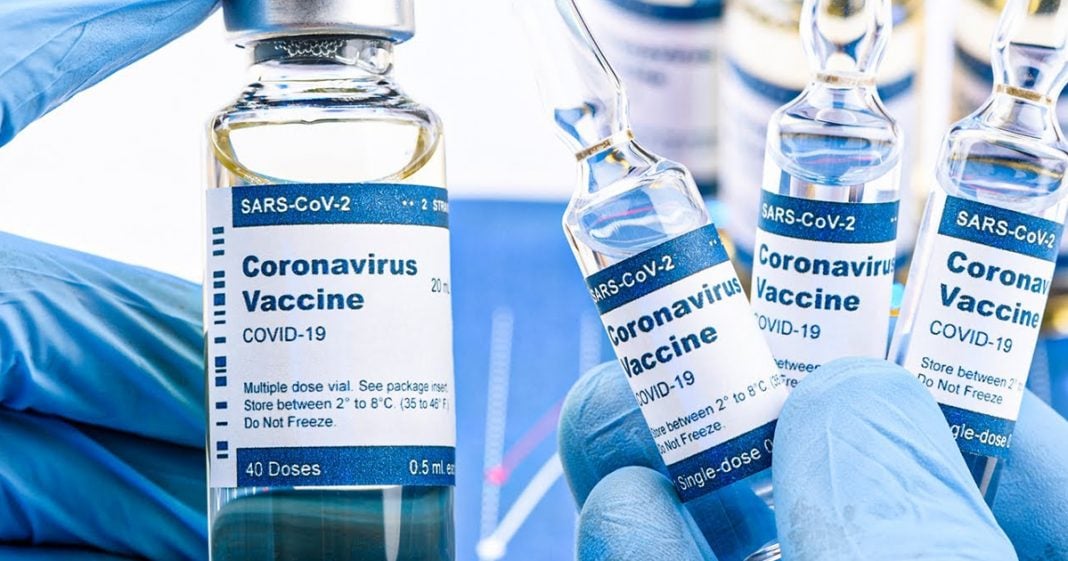 A shocking new report shows that millions of doses of the Covid-19 vaccine have gone missing, and the government has no idea what happened to them. This is emblematic of how chaotic the vaccine rollout has been, and the new administration was left with absolutely no framework on how to handle what Trump left them. Ring of Fire’s Farron Cousins attempts to make sense of the ongoing chaos.

There seems to be a little bit of miscommunication taking place right now between the centers for disease control and literally every state in the country. Because according to the centers for disease control and prevention, they have doled out more than 41 million doses, sent them out around the country to States everywhere, to start administering to their populations. Let’s get this ball rolling. But only about 20 million have been received and now cities, States all over the country are having to cancel first dose vaccine appointments, because nobody knows where the other 20 million doses of the vaccine that the CDC swears they sent out, nobody knows where they are. 20 million doses just gone.

Where are they? This is emblematic of how Donald Trump handled the pandemic. We’re not going to give you any guidance. We’re not going to really tell you how to do things, what to do. We’re just going to say, do things and, you know, here we are, 20 million missing doses. We live in a country of what, 320 some odd million people, 40 million doses is a huge percent of the US population. I mean, we’re talking about 13, 14% maybe could have had their first doses, but only about half that because of mismanagement. That is why Joe Biden coming in office and actually having a good pandemic response in the first week or so, that’s why this is so important, but even they have no idea where these 20 million doses are. There was no record keeping. There was no set plan from the Trump administration, as they’ve repeatedly said. They inherited this mess and they are still trying to make sense of it the same way the rest of us are.

Nobody knows. We could have, we absolutely as a country, could have been at the front of this, you know, we put our drug companies to work, making these vaccines, coming out with them. They did it in record time. Hopefully they’re safe. You know, obviously at this point, it is safer to go with the vaccine than, than to not go with it, especially with the new variants of COVID out there that the UK strand, the South Africa strand that’s now out there. They’re saying these strands are more contagious, more deadly. We need this vaccine. So where is it? This piecemeal that we’re working with now, state by state, everybody’s got different criteria on who gets to go first and who gets to go second and when we actually cross the threshold of phase one to phase one A, one B. I’m sure you’ve all, if you’re like me, you’ve been looking at it and you’re trying to make sense of it, but it varies from state to state to state.