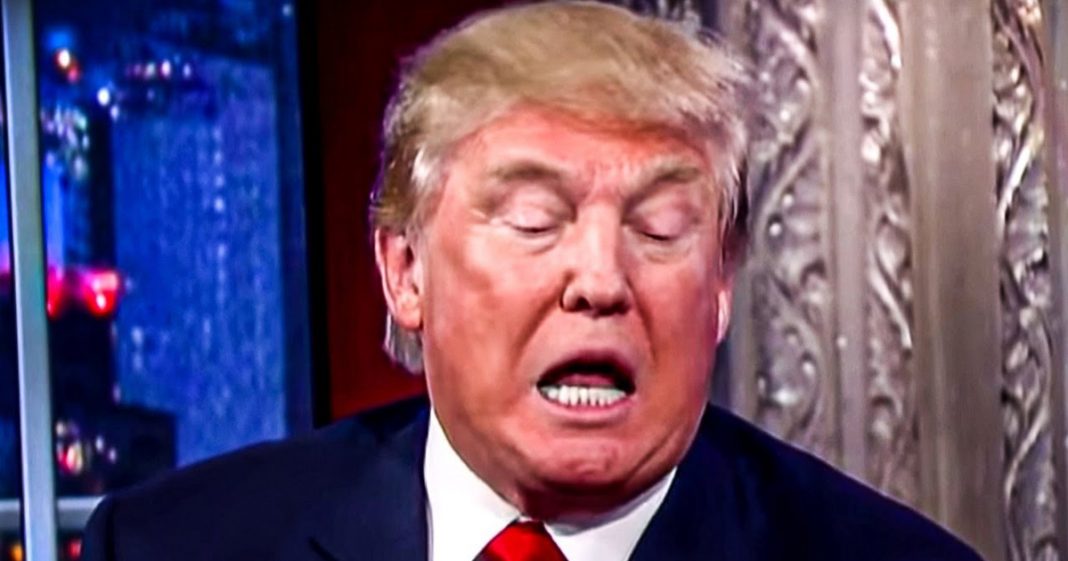 According to Donald Trump, he has no intention of just disappearing and letting America move on. Through a spokesperson this week, Trump has vowed to stay involved in American politics, and has plans to be very involved in helping Republicans “take back the House” in 2022. This is actually the best thing that Americans could hope for, and Ring of Fire’s Farron Cousins explains why Trump staying involved is such a good thing.

Donald Trump through his save America political action committee this week issued a statement saying that he’s not going anywhere. He is going to remain a figure in American politics until, I guess until he’s no longer on this planet. The statement said, president Trump’s popularity has never been stronger than it is today. Okay, I’m gonna, I’m gonna keep reading the rest of the statement in just a moment, but I think it’s necessary to address this very first and very idiotic sentence. And it reminds us of course, of how great it is that this idiot isn’t on Twitter anymore to say this kind of crap. You know, it’s only been a week since he’s been out of office, you know, a week and a half, whatever it is. But you, you, you forget, you forget how stupid things were and it didn’t take long to forget how stupid things were. But here they are. They’re issuing this statement about him not going anywhere in politics and it starts off with his approval has never been greater. You’re at 30 effing, 3% dumb-ass. This is literally the worst approval rating you have ever had. You only have 80% of the Republican party, which is only 33% of the American public. Do the math from there. Everybody effing hates you. Sorry.

The announcement continues, and his endorsement means more than perhaps any endorsement at any time. Boy, that’s just one of those statements that really makes me want to go off on a tangent here and talk about all of the candidates who he endorsed that ended up losing over the years, but I’m going to fight that urge. President Trump has agreed to work with leader McCarthy on helping the Republican party to become majority in the House. In a separate statement McCarthy declared that the Republican party is united and ready to win. I’m sure you are McCarthy. You would align with Satan himself if it meant you got to preserve your political power and essentially that’s what you’re doing here. Donald Trump is absolutely destroying the Republican party and folks, I love this unity. I love it. I absolutely want Donald Trump to be involved in the future of the Republican party. I want him to be out there. I want him to go out there for every single Republican running for office, link arms with them and say, this is my guy, or this is my gal, vote for this person. Remember that time I did an insurrection? I was impeached twice. Uh-yuck, see ya. Let’s do that. Let’s do that for every single race and let’s see how long it takes you to retake the House of Representatives because I willing to bet, Mr. 33%, it’ll never happen.

McCarthy, the rest of the Republican party who are already welcoming this back with open arms, yeah, you’re making a deal with the devil. This guy has already been screwing your party for four straight years. You don’t even, you don’t even know if he’s going to be in jail or free by the end of this year, based on the investigations in New York. Like you literally have no idea what this man’s future holds, but I can promise you it’s nothing great or grand. He’s losing money. His properties have lost half their value in the last four years in New York alone. He’s got major investigations. He, depending on the outcome of the E. Jean Carroll suit, we might find out, have definitive proof that he raped somebody, but you’re already willing to be like, cool. Let’s uh, let’s get back together, man. It’s been a rough three weeks. We miss you. Come on. Smart move Republicans, keep it up and let’s see what happens in the midterms.