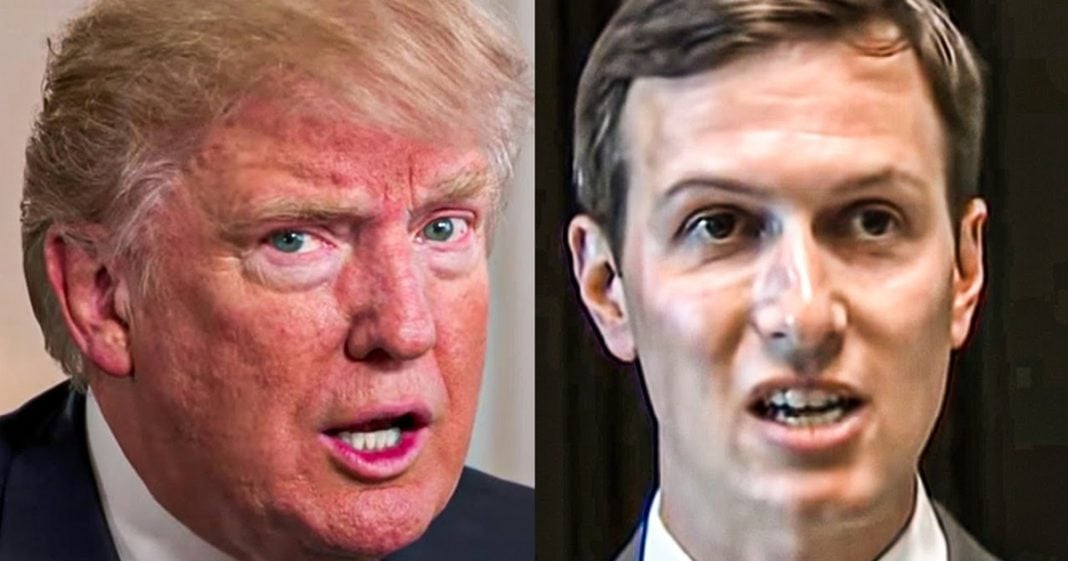 According to a damning new report, Donald Trump’s reelection campaign used a shell company that was set up and run by Jared Kushner to hide their campaign spending. There have already been multiple reports of possible suspicious activities with the campaign spending, and this new report all but confirms what we all thought from the beginning. Ring of Fire’s Farron Cousins discusses this.

Yeah. See, this is the kind of stuff that the Democrats should be impeaching the guy over. This is the kind of stuff we should be having investigations and discussions about to reopen the entire discussion about how F’d our entire campaign finance system is. And this was the logical conclusion, right? I mean, not just with the Trump family of grifters, we knew they would do whatever they could to get their hands on every penny they could snatch. So if they found some loopholes, found ways to get around all these campaign finance laws that, you know, still probably illegal, I’m sure they were going to do it. And I have zero doubt in my mind, in my personal opinion, that they absolutely did this. I mean, hell, they were paying Don Junior’s girlfriend over a hundred grand a year to show up at events, you know, to get out there in front of the, the RNC’s screen and just scream at us for, like, ahh. Yeah, she got lots of money for that, more money than I’ve ever made in my life. They squandered all their money. Nobody knew where the money was going and now we do. Well, we know where it went through. We don’t know where it went from there, but money always leaves a trail.

It may take time to follow that trail. It may take some people flipping, but I think if people are serious about investigating this family about wanting to get to the bottom of it, about wanting to expose criminal behavior, this is where you start. You start with this shell company that Kushner was running. Because again, when you look at this and when you read the story and when you, you hear what they did running all the money through this shell company, half the money, Brad Parscale doing the same thing by the way, and Parscale we already know was under investigation. If Parscale knew what was happening with the other money with the Kushner company, since he is also facing some legal issues, he could be the one to flip and throw Trump and campaign folks like Kushner under the bus and I hope he does. Absolutely, Parscale if you’re watching this, if anybody watching this knows Brad Parscale, dude, they’re not going to protect you at all.

So it’s every man for themselves at this point, get the upper hand, go tell investigators what you know today, because if they get the chance to throw you under the bus for this, they’re absolutely going to do it. So that’s my bit of legal advice for Brad Parscale. For the rest of this, this looks bad, but again, the public is suffering a little bit from Trump fatigue right now and I don’t know that anybody cares. We’re investigating him for some, you know, important stuff, but in the grand scheme of things, we know that’s going to fail. This on the other hand, that has a real chance of being a successful investigation and prosecution if we decide to go that route.