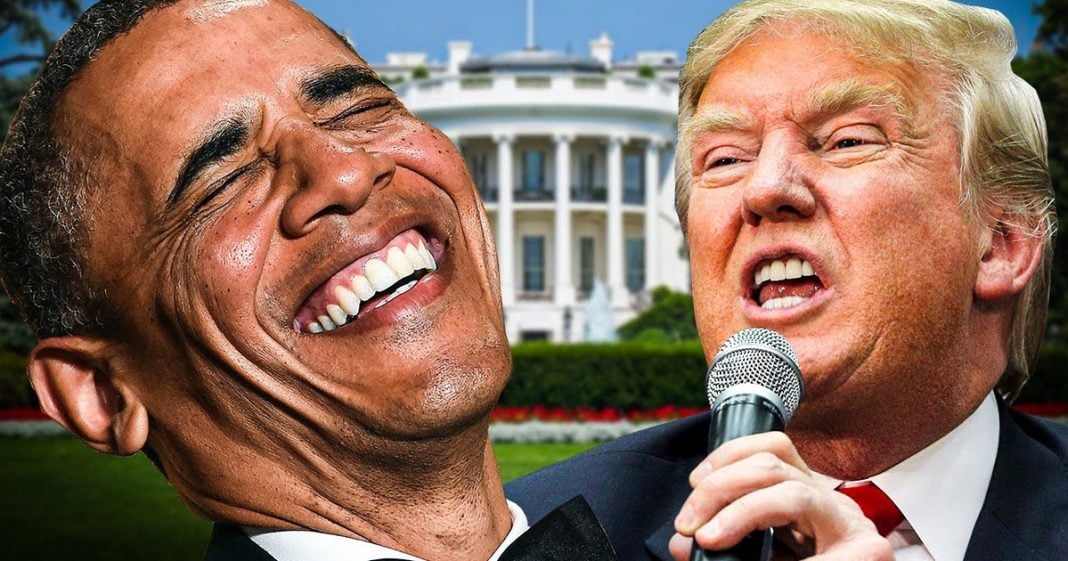 For nearly a decade, the Department of Health and Human Services has been squandering millions of dollars on idiotic things like removing and replacing office furniture. This money was literally meant for pandemic preparedness and prevention, but instead the two administrations allowed it to be squandered and petty items. This is a large part of why we are in the mess that we are in today, as Ring of Fire’s Farron Cousins explains.

According to a new report, the department for health and human services between the years, 2007 and at least 2019, so for at least thirteen years, misappropriated money that was meant to go to the biomedical advanced research and development authority, BARDA as they call it, and BARDA’s job within HHS is to prepare the United States for pandemic, for pandemic response, pandemic plans, everything associated with pandemic supposed to run through BARDA, that’s BARDA’s job. But instead for two years of the Bush administration, every year of the Obama administration and nearly every year for the Trump administration officials, whistleblowers at health and human services now say, that the higher ups at HHS kept referring to the bank of BARDA and they would take money away from the pandemic response group and use it for stupid stuff like removing office equipment, bringing in new office furniture, paying salaries when, you know, we felt people needed raises, but we couldn’t get it in our budget.

So hey, good for you all for giving people more money. But at the same time, you crippled pandemic response here in the United States. From 2007 to 2016, at least $500 million that was meant for BARDA at HHS, $500 million is unaccounted for, they don’t know where it went. Half a billion dollars just gone, they don’t know. Back in 2019, the year before the pandemic, $25 million was taken from BARDA and put towards other projects at health and human services that were not pandemic preparedness. This is systemic failure across three different administrations, two different political parties. Started with W, a Republican, eight years of Obama, Democrat and then at least up to 2019 for Donald Trump, obviously 2020 was a little different because that’s when the pandemic hit and HHS knew they were in the crosshairs. They didn’t misappropriate any money. As far as we know, I’m sure there’s still going to be some that’s going to come out as the year rolls on. But right now we don’t have enough evidence to say they definitely did. Although common sense would dictate that they did.

So this is where we are, and this is why we are where we are, because everybody thinks, everybody in government, they think they can just do whatever the hell they want, because, hey, what are the odds of a pandemic hitting here in the United States. Right? I mean, come on. Oops. Oh, well, by the time that happens, I won’t be in office anymore and I can just go about my day. Nobody ever gets held accountable so nobody ever has to worry when they misbehave, when they do something that they’re not supposed to when they misappropriate funds. And the fact that we even have, what the word for it, misappropriate, shows you how seriously they don’t take it because anywhere else this would be considered stealing. This would be considered embezzlement. This would be considered misuse of company funds, but when it’s the government that does it, when it’s the government that is effectively stealing money from itself, itself, it’s just misappropriation. It was appropriated here. Then it got misappropriated, but hey, we still used it. Pssh. And that’s how the federal government apparently works. And it works that way, unfortunately, under both Republicans and Democrats.