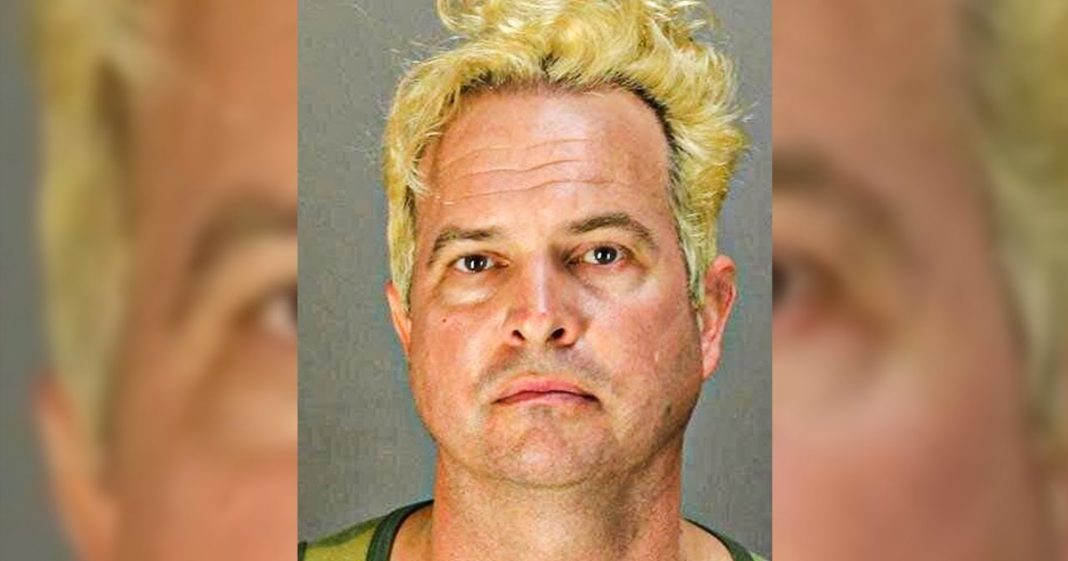 A deranged Trump supporter apprehended by authorities was allegedly plotting to target Democrats in Congress as well as the Twitter headquarters with his homemade pipe bombs. This is the kind of savagery that Republicans are not explicitly condemning, and until they do that, their supporters will continue to think that this is what they want. Ring of Fire’s Farron Cousins discusses this.

A 44 year old Trump supporter named Ian Rogers is now in federal custody after his home and business were raided and officers found dozens of weapons, thousands of rounds of ammunition and material to make pipe bombs. According to text messages that they recovered from Mr. Rogers’ phone there, it would appear that he wanted to make these pipe bombs and had the intent of bombing as he called it Democrat buildings. Or of course, maybe just Twitter. Here are some of the messages that they found on this man’s cell phone, sent between him and one of his friends, it said, we can attack Twitter or the Democrats, you pick. I want to blow up a Democrat building bad. I hope 45 goes to war if he doesn’t, I will. Because of the wording of these messages, obviously the officers and the prosecutors who will eventually be involved in this, it’s pretty easy to declare intent on this.

You know, you don’t have to go digging for it. You don’t have to make these big legal leaps to find intent. You had the materials, you expressed the willingness, that is intent. This man is about to go to jail for a very, very, very long time. In addition to discussing attacking Democrats, I’m assuming in DC, he also discussed going after California governor Gavin Newsom because again, this man was arrested in California, so that’s what he had wanted to do. He also, the cops found a homemade, I guess, makeshift white privilege card that was designed to look like a credit card, and on his white privilege card, it said it trumps everything. And the number on the credit card was 0045 repeated four times. So there you have that. This individual obviously is not on the streets anymore.

This is a dangerous person that has been removed. Fantastic. Let’s talk about the roots of what happened here. Dozens of weapons, thousands of rounds of ammunition, that is uncalled for. You know, why are we just letting anyone and everyone buy as much ammo and as many guns as they feel like? You know, this goes beyond anything the second amendment ever intended and yet we just think it’s perfectly okay. Like, oh, you need a dozen assault rifles just for you, sure. You need 8,000 rounds of ammunition? Wow. You must be a bad shot if it takes you that many to get the target. This is crazy. We are absolutely the laughing stock of the rest of the world because of our second amendment. That’s insane. You want to own a gun because you feel like you need to protect your family. Fine. You want to own a gun because you’re a hunter. Fine.

If you need anything more than that, there’s a problem and those problems need to be addressed. His desire to attack Democrats and Twitter and this was just two days after Twitter had suspended Donald Trump. This guy went crazy because a private company said Donald Trump can’t send messages to people anymore. I couldn’t imagine a dumber reason to go and spend possibly the rest of your life in jail, because you were mad that Trump got suspended from Twitter, but that is what he’s done to these people’s brains. You know, he, he kind of attracted people who already were kind of on edge, I guess you would say. And he pushed them all the way over and they thanked him all the way as they were falling off that cliff. They view him as some kind of God and again, I can’t imagine a worse human being to think like, oh yeah, that’s going to be my Messiah. Really? Make better choices, not just in your actions, but also if you’re going to choose a false idol, at least choose one that has some kind of quality that people would want to emulate.

Good God, nevertheless, in all seriousness, this is a dangerous individual. This is an individual that had the intent. These were not idle threats. He had the means. He expressed his willingness. These were things that he was going to do and luckily he was taken off the streets before he could do any of this, but he is not alone. You know, who was this person that he’s text messaging? Who was on the other end of that phone? That person needs to be brought in. Unless of course it was an FBI informant of some kind. Who knows? But there’s more of these folks out there. These people absolutely lost their minds when Donald Trump lost the election and they will stop at nothing to make people pay for it. That’s what we have to be on the lookout for and that is what the FBI, law enforcement agencies, they have to be working on cases like this before something horrible happens. Death threats to members of Congress are already going through the roof right now. Okay. This is a serious problem that is getting worse and taking one guy off the street is fantastic, but there’s plenty more that are still out there.