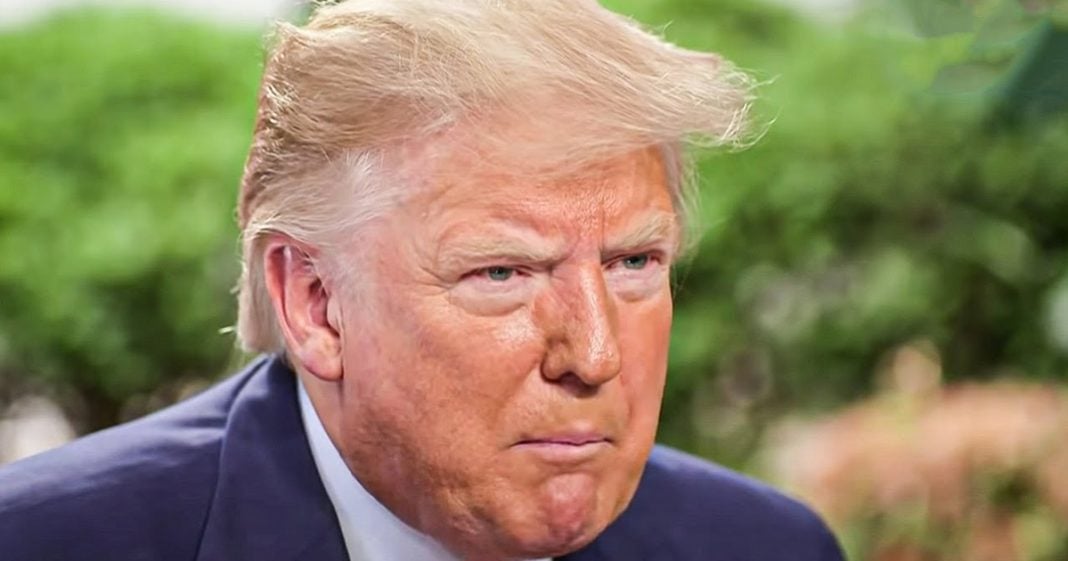 A handful of federal judges have announced their retirement since Joe Biden’s inauguration, and they specifically cited the fact that Trump won’t get to replace them in their retirement statements. Apparently there were enough judges (from both sides of the aisle, actually) who understood the damage that Trump was doing to our judicial branch of government, and they didn’t want their retirement to play into his or Mitch McConnell’s hands. Ring of Fire’s Farron Cousins discusses this.

Since January 20th, at least half a dozen federal judges across the country have announced their retirement and said that they had been holding off on their retirement till after Donald Trump left office so that he didn’t get to be the one to appoint their replacement. And not all of these retiring judges are left leaning. Some of them are actually right-leaning, some of them are conservatives, but even they understood the damage that Donald Trump had done to the judicial system here in the United States and said, I’m not going to be a part of that. Retirement is a choice. I can keep going a couple more years if I need to, if I have to wait this out, and that is exactly what I’m going to do. And now that they have the reprieve, Democrats have the majority in Congress and Joe Biden, obviously is the president, they say, okay, now I can walk away.

Now I can be done with this. And that’s great. You know, let’s not make any, you know, qualms about this. This is great news because as it stands right now, more than 25% of those federal judges sitting on US district courts across the country, 25% of them appointed by Trump, Donald Trump effectively owns 25% of the judiciary right now. That’s a scary thought. And so these judges kind of wanted to even things up, they didn’t want Mitch McConnell or Donald Trump ramming through their replacement. Now they’ve got it easy. Now they’re saying, okay, we’re going to do this and obviously, Joe Biden’s got a lot of work ahead of him with these judges. Obama picked a lot of very centrist judges. So centrist in fact that they actually ended up overturning some of the good things Obama did like his overtime pay rule, that finally got millions of people over time.

One of his own judges overturned that and said, no, you can’t do it. That still annoys me to this day, but here’s the problem. The bigger problem, none of this should be a thing. These judges shouldn’t have to play games with their retirement. They shouldn’t have to say, well, I guess I got to wait a few more years or say, oh, okay, well, I guess I’m going to call it quits a little early so this person can replace me instead of that person. You know, we saw a lot of that when, when justice Ginsburg passed, people said, well, she should have retired. No, she shouldn’t have had to make that choice because we should have term limits and when your time is up, your time is up and you go, that’s what should happen here in the United States. Then we wouldn’t have to play these silly games. Then we wouldn’t have to live with the fact that for the next 30 or maybe even 40 to 50 years, 25% of this judiciary is going to be Trump appointees. We wouldn’t have to go through that.

That would be non-issue, it’d be an issue for, you know, however long the term is maybe 10 years for a judge. I think that’s fair 10, but a lifetime, that’s nuts. That is absolutely absurd that we pick a random person like Trump did people in their thirties, never tried a case in their life. I know more about law than they do and they’re going to be sitting on that bench probably longer than I’m on this earth now. That, that, that’s crazy. That is crazy and we could get rid of that. We could get rid of term limits. It would take a constitutional amendment to do it, but we’ve had amendments in the past and, you know, it’s not like that’s impossible, but until we get that, we’re going to have the judges who have to play the stupid games. And the stupid games are saying, well, I want to keep going, but I’m getting all this pressure from the DNC or the RNC to retire so that their president can replace me. So I guess I got to play ball. No, you get your judgeship, you serve your time and then you go, that’s how it should be and until we have that system in place, you’re gonna have the two major political parties kind of picking and choosing and sending little notes saying, hey, either, hang on a few more years or get the hell out now.