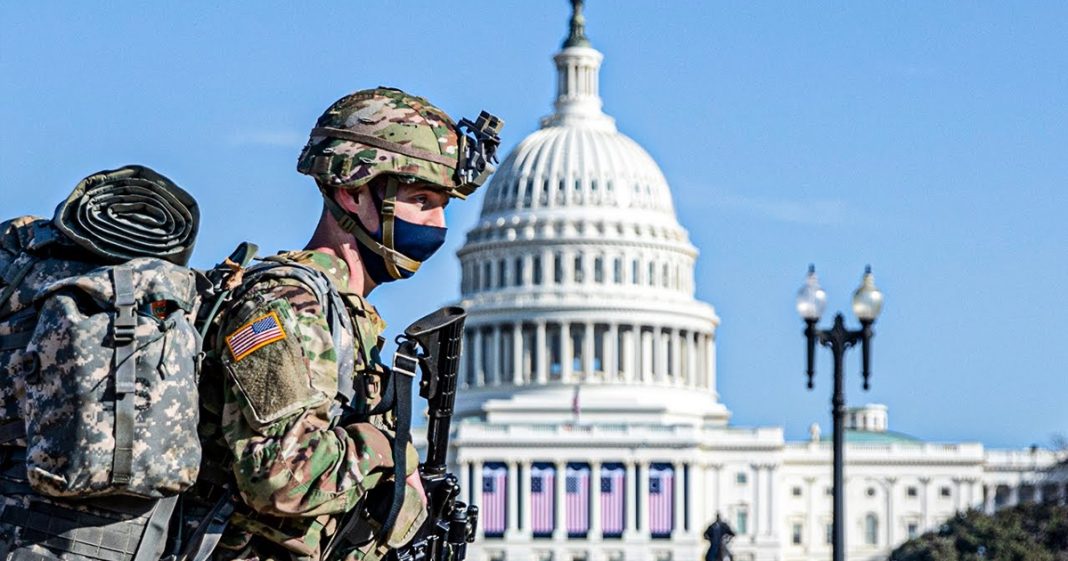 According to the commander of the Washington, D.C. national guard, the Pentagon refused to allow deployment of his unit during the insurrection at the Capitol until AFTER the crazed Trump supporters had already breached the building. This is an absolute dereliction of duty on behalf of the Pentagon, and people should be fired for these dangerous and idiotic decisions. Ring of Fire’s Farron Cousins explains where we go from here.

It’s been three weeks since the insurrection that took place on Capitol Hill, but reports are still coming out and each new report that comes out is a little bit more damning than the one before it. The one we had that came out yesterday said that major general William Walker, who was in charge of the national guard for Washington, DC, actually had his power to deploy the national guard stripped away from him during the insurrection and slightly before the insurrection. Here’s what Walker had to say. He said, you know, and this is, you know, protocol, this is pretty, pretty mundane stuff here. He said, you know, typically obviously the national guard commander, which is me, William Walker, we have the authority to release the national guard to come out if we believe there is an imminent threat of danger. You know, we don’t have to wait for the higher ups. That is our job as the major generals of the national guards in these various areas across the country to say, listen, stuff’s real bad out here. Let’s go, suit up, we’re on the job. But he says before the insurrection happened, the Pentagon itself reached out to him to let him know that he was not allowed to do that. He was not allowed to do that.

The Pentagon, the department of defense is now actively involved in this mess. They knew, because over at the Pentagon, you have these agencies that investigate these individuals That analyze threats and they knew what this was because we knew what it was and we knew that the FBI had already been working on this. They knew what the threat was. They knew what was likely to happen and they still told the national guard, you can’t move without our authority. And then of course, by the time it was already too late to stop these psychopaths from storming the Capitol, that’s when the Pentagon said, all right, you know what, it’s late afternoon now. We’re all getting tired of this. Now you can go national guard, away with you. Again, I’m going to repeat what I’ve said repeatedly, this is the kind of thing that needs to be investigated by Congress. There needs to be hearings, every single person at the Pentagon involved in this decision-making process, including by the way, major general William Walker needs to go and testify in front of Congress, live on television into the congressional record so that it lives on forever and again, live so everybody can watch it happen to tell the story of what actually happened and why the national guard wasn’t there in the first place.

And then we to hear from the people at the Pentagon, why did you suddenly think that these idiots weren’t a threat? You knew they were threats. You have all the documentation showing they’re a threat. In fact, you know, that these kinds of people are actually the number one threat to our livelihoods here in the United States. That’s how they’ve been classified by our own intelligence agencies that you run, that you run those intelligence agencies, by the way. So why is it when you saw the group of people that you say are more of a threat to us than anything else gathered outside the Capitol screaming Trump’s name, you said, all right, go home? These are questions that have to be answered. This is an issue that is not going to go away, and it could be the catalyst needed by the way, to get the American public on our side when we say it’s time to cut the Pentagon’s budget. Because this isn’t just a failure on the part of the Pentagon, this is borderline, you know, being an accomplice to what happened on the Capitol.