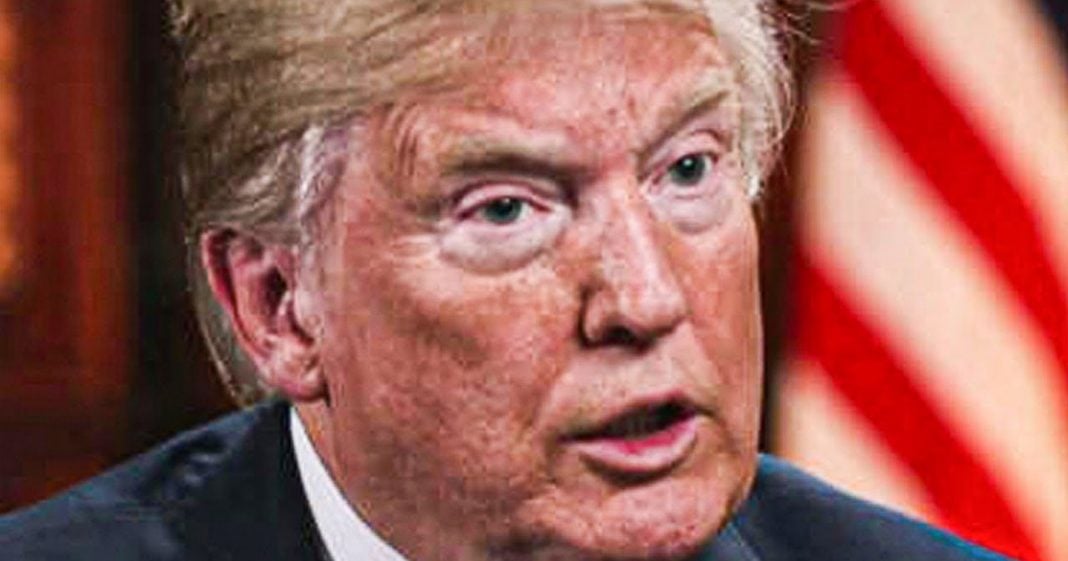 Authorities are currently investigating numerous threats made against lawmakers ahead of Donald Trump’s impeachment trial. The threats appear to be from crazed Trump supporters who are willing to do whatever it takes to protect their leader. This is a cult, pure and simple, and they need to be handled the same way that we would handle members of a cult, with intense psychological evaluations and therapy. Ring of Fire’s Farron Cousins discusses this.

Federal law enforcement officials in Washington, DC are currently investigating numerous threats made against various different members of the House and Senate by crazed Trump supporters who do not want Donald Trump to go through the impeachment trial. Crazed Trump’s supporters are so desperate to defend the former president, that they are a threatening to kill members of Congress if they go through with this trial. That is the state of the United States today and that ladies and gentlemen is 100% because of Donald Trump. These people are members of a cult. There is no, and I know we’ve said that for like a year or two, whatever it is, but this by God, this is a dangerous cult. But here’s the thing, I hope the law enforcement officials are able to track these individuals making these threats. They’re also currently worried about another storming of the Capitol taking place during the trial, but they need to find these people issuing these threats, but I don’t want to see them locked away in prison, you know, just for 20 years, whatever it is, I want to see these people actually get help.

And I think that’s the way we have to start approaching this. We have to look at this as a mental health issue and not necessarily as just a criminal issue. Yes, what they’re doing threatening a lawmaker like that is criminal. I understand that, but these people are not well. These people genuinely need psychological help and that is what we have to give them. We need trained psychologists to work with these individuals and to help deprogram them. Sticking them in jail for 5, 10, 20, whatever, however long it is that does nothing, that will do nothing to solve the real problems that these individuals are suffering from. And mental health is something that here in the United States, we always just kind of look the other way. We always ignore it. We always pretend it’s not really the root cause of so many things, but this is, and if we do not address that, if we do not start trying to deprogram these people from the Trump cult, it never ends. It never ends. So that’s what has to be done and we have the resources to do it, by the way, the federal government could be funding this. They could be funding, mental health initiatives.

We could be working less on policing and throwing people in prison and more on getting to the psychological roots of why some individuals behave the way they do. But we won’t and that’s the worst part of all of this. We won’t, we won’t do those things. These people we found, they’ll probably go through the justice system. I’m sure some of them will end up being found guilty and we’ll just ship them off to jail. Where they’ll sit there. They’ll stew, they’ll get mad. They’ll still love Donald Trump and they’ll come out possibly even more dangerous. Why? Because we didn’t address the root cause and we didn’t offer them any help. You’d be amazed at what can happen if we actually start treating these individuals as somebody who needs our help, rather than somebody who just needs to be locked away for a couple of years to think about what they did.