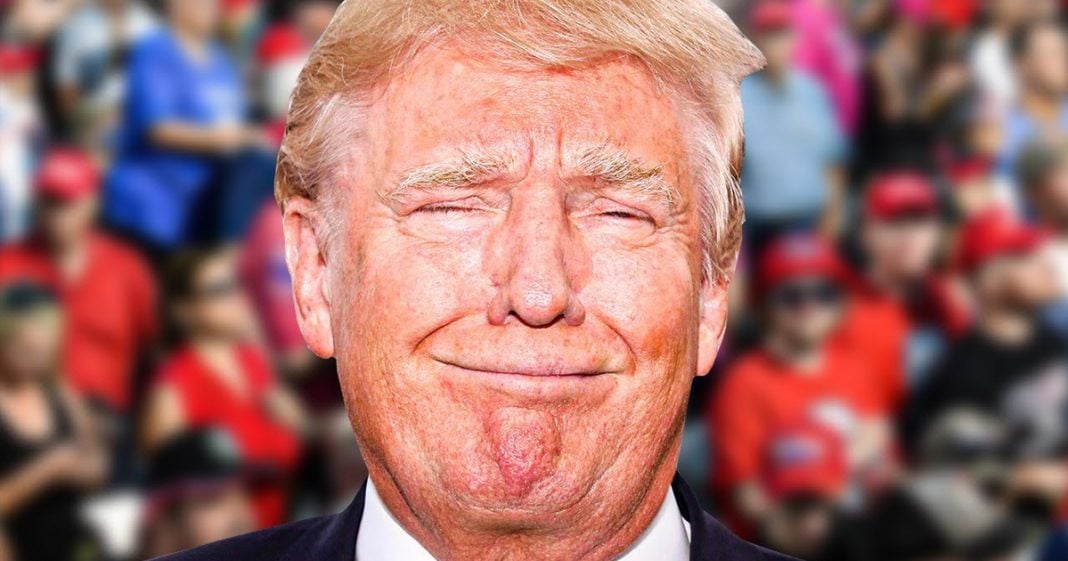 Donald Trump’s crony-packed Supreme Court has delivered a huge victory to the former president by tossing out the Emoluments Clause lawsuits against him. This is a major blow to groups that were hoping to hold Trump accountable for using his office to enrich himself and his family, and now they are left with no recourse to change the way business is done from the Executive Branch. Ring of Fire’s Farron Cousins explains what this means.

On Monday, the US Supreme Court handed Donald Trump a major victory by tossing out all of the emoluments clause violation lawsuits against him. Now, these are lawsuits we have talked about ad nauseum here at Ring of Fire over the years. We’ve talked about the times they’ve been allowed to proceed in court. We’ve talked about the times the lower courts have thrown them out and then the appellate courts would bring them back and now it’s over. It is officially over because this ruling by the Supreme Court not only kills the cases they were hearing, but all of the other cases that were still in the lower courts, that’s part of the ruling. Now, the reason that this court gave as to why these groups, including citizens for responsibility and ethics in Washington, cannot sue the president for these emoluments clause violations is because as they put it, the Supreme Court put it, uh, it’s a moot point.

He’s not president anymore. So what are you going to do? You can’t sue him for breaking the law, possibly, while he was president, because he’s not the president anymore. I think the best analysis of this that I’ve seen came from Lee Camp on Twitter when he said, that’s like saying, you can’t charge a guy for robbing a bank because he already walked out of the bank. Like he’s just not inside there anymore. So you just get away with it. And that’s what we’re looking at here with the Supreme Court. But here’s the thing for me. This was never about making Trump pay the money back. Okay. That, that was never the point of this. The point of this was to make sure that things like this don’t happen in the future and that future presidents divest all of their holdings before they get sworn in. This was about accountability, not for Trump, but for the office of the presidency itself. That’s what this was about and the US Supreme Court just said, nah, to hell with it, thereby opening the door for future presidents to just do this same thing.

As I’ve mentioned every time I think I’ve ever talked about the emoluments clause lawsuits, in order to avoid any potential conflicts of interest, Jimmy Carter was made to sell his peanut farm because they didn’t want him cashing in by selling more peanuts because he’s the president of the United States. Meanwhile, we had foreign leaders who would book huge blocks of rooms at Trump’s hotel, right there in DC, down the street from the White House and never use them. They’d pay in advance. They just wouldn’t use them because they believed it was their way to buy influence with Donald Trump to curry favor with Donald Trump and the Supreme Court says, maybe that’s the case, but uh-oh, he’s gone. We can’t do anything about it. And this is another reason why Joe Biden needs to get off his duff right now and reform that Supreme Court. This can’t stand. And Trump, you know, he’s got three judges on that Supreme Court that are going to be there for a very time. We deserve better. The office of the presidency deserves better than this and the Supreme Court did exactly what Donald Trump wanted them to do, handed him a major gift by saying, oops, he left office. You don’t get to hold him accountable now.