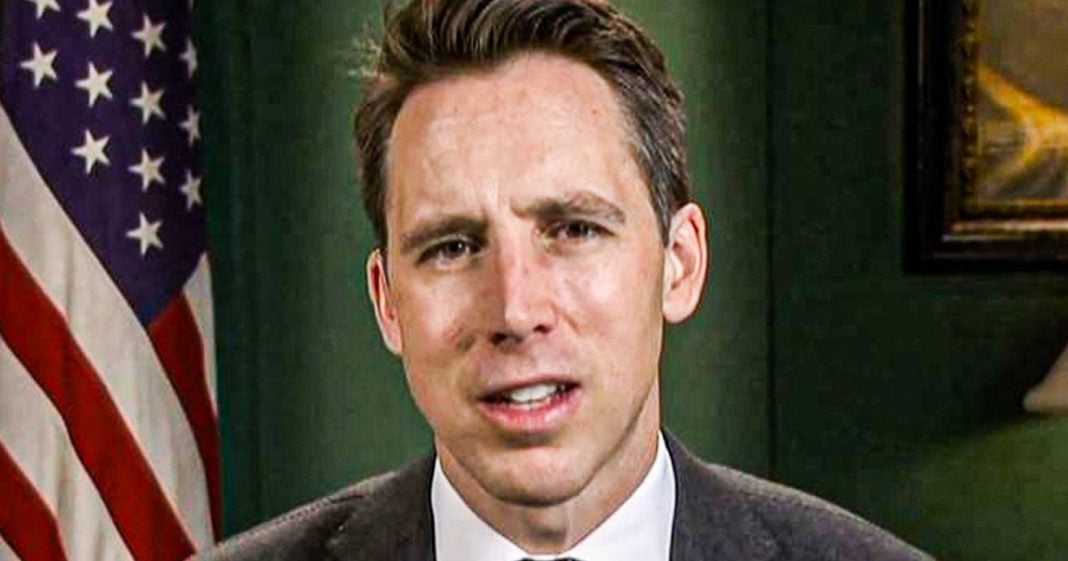 I believe they’re right to do it. But as I mentioned last week, when they filed this thing, you’re going to run into problems if you do not file the complaint against every Senator that voted not to certify the electoral college results. Hawley’s got an argument folks, thats what sucks the most about this. He has a legitimate argument in saying that he was unfairly targeted by these Democrats, he and Ted Cruz, both. Why? Because they did only target those two because they believed those two to be the biggest threats in 2024. We all know that Hawley and Cruz have 2024 presidential aspirations and that’s why they went after them. As far as I know, there’s no ethics complaint against Tommy Tuberville from Alabama who voted along with Cruz and Hawley to not certify Arizona and Pennsylvania. Where, where’s his ethics complaint? Where’s the ethics complaint against the other Republicans who voted with them as well?

You can’t pick and choose, you really, really can’t. They were all amplifying Trump’s lies as well. You can’t just say these individuals did it. These guys did it too, but we’re not worried about them because, you know, pssh. The Democrats dug themselves into this hole and that is unfortunate because they had legitimate grievances. They have a legitimate complaint, but by not extending that complaint to every single person involved, they’ve de-legitimized their own complaints and legitimized Hawley’s complaint against them. This isn’t a good situation. I imagine at this point, probably nothing’s going to come of Hawley’s ethics complaint. But him being singled out, along with Cruz, by these Democrats, that absolutely is going to be something that he uses as campaign fodder against them in the future. That was a big mistake. Democrats didn’t have to make the mistake, but by God they made it anyway.