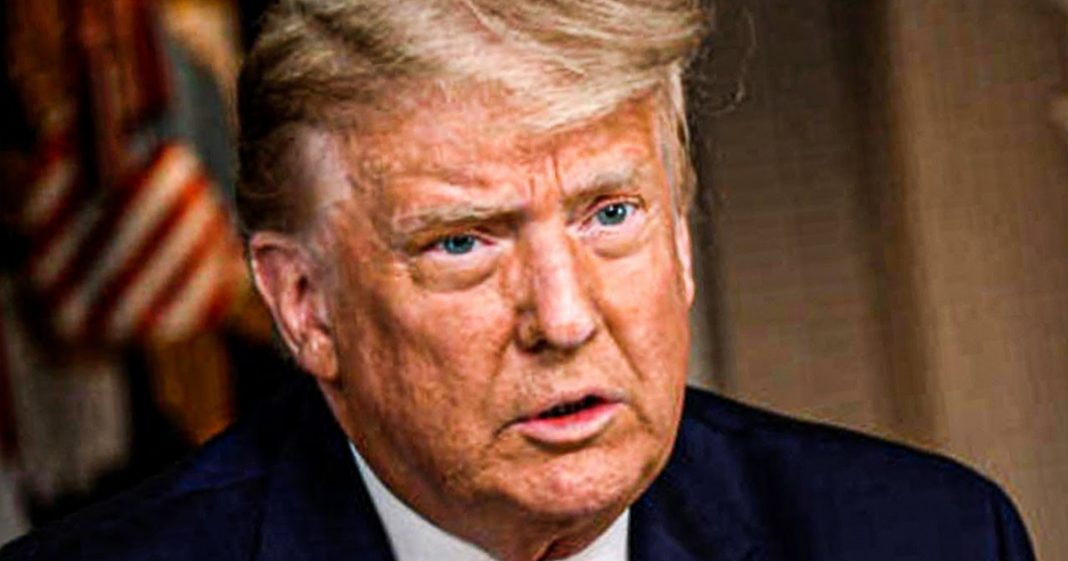 The New York Times reported last week that Donald Trump wanted staffers at the Department of Justice to help him overturn the results of the election, and now the DOJ Inspector General will be investigating these claims. The only question is whether any investigation will lead to actual change. There are some serious problems with our government agencies right now, a lot of that due to Trump, and we need a massive overhaul to sort things out. Ring of Fire’s Farron Cousins discusses this.

Late last week, the New York Times reported that Donald Trump attempted to get members of the DOJ to help him overturn the results of the 2020 election. He actually, according to this report, tried to get members of the department of justice, tried to get these DOJ lawyers and investigators and whoever it was, to help him overturn the results of the election. He even, according to this report, again, suggested getting rid of acting attorney general Rosen, because he believed that Rosen wasn’t playing ball and he wanted to install somebody who would help him overturn the election. These are pretty significant claims. These, these kind of seem like the kind of claims that maybe you could prosecute. God knows we’ll never see that happen though, because the rich and powerful never get held accountable here in the United States. But anyway, the DOJ itself, office of inspector general within the DOJ, announced on Monday that they will be initiating an investigation to find out if there are any staffers in the department of justice who went along with Trump’s plan and what they may have done.

And that’s the scary part folks, is we don’t know right now, what happened. All we know is that the report says Trump wanted them to do this thing and now the DOJ is investigating it. That is literally the extent of our knowledge about what took place here and that’s crazy. That should leave everybody feeling a little queasy at the moment, thinking that the sitting president of the United States tried to get his own department of justice to overturn the results of a election. So what, what now? We, we just have to sit and wait, we just have to sit and wait while these individuals who Trump installed at the DOJ, most of them are still there and we have to find out if in fact they’re actually essentially traitors to this country. That’s also crazy that we just have to, okay, well, whenever you just let us know, let us know if you find traitors sitting in seats of power at the department of justice. We have a systemic problem here in the United States, thanks to Donald Trump, and that is his little pro Trump lackeys that he has put in place, not just at the DOJ, but at all of these other agencies.

You know, he may not have been the one who hired them all, but his lackeys hired them all to be their lackeys. We have it at the department of education where Betsy DeVos told people before she left, do whatever you can to obstruct Biden’s agenda. Have the inspector general start looking through there, find out if any of that is happening. And I hate to advocate the entire government going on a witch hunt to get rid of Trump loyalists, but by God, at this point, that’s what we need to do. It doesn’t matter if you have Republicans or Democrats in these positions, that’s fine. You can have your political leanings as long as you’re willing to actually do your job, to do what you’re told and to do what needs to be done. But if you’re only there to serve as a pawn for any politician left or right, you should be removed, there is no place for that in the government, or at least there shouldn’t be. But unfortunately I’m afraid that that’s what we’re working with. And again, we can do nothing but sit and wait for this final report to find out if indeed you do have traitors to the United States sitting in the US department of justice.