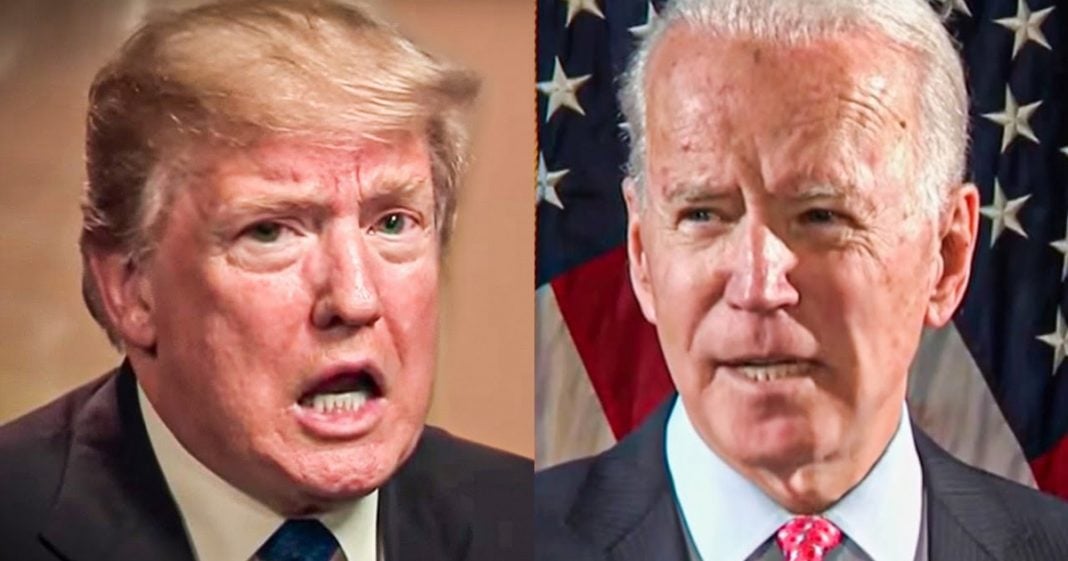 Donald Trump wanted to get one more figurative middle finger in for Joe Biden and his family, so Trump and Melania decided to fire the chief usher at the White House right before the change of power took place. This caused Joe Biden to stand in front of a closed door, waiting for someone to open it, as is the protocol for White House staffers. This was a petty move by petty people, as Ring of Fire’s Farron Cousins explains.

So last Wednesday, inauguration day, after Joe Biden had been sworn in and went into the White House, stories immediately came out saying that the Biden’s fired a man by the name of Timothy Harleth, who was the chief usher at the White House. Not too long after stories emerged saying, hey, that’s not true. Biden didn’t immediately walk into the White House and fire Mr. Harleth, that was in fact, Donald Trump’s last action as president of the United States. Trump and his wife Melania, according to reports, made the decision to fire the chief usher of the White House staff out of spite, because see, another thing that happened shortly after Joe Biden’s inauguration, as he walked up to the doors and the doors just stayed closed. Now I know that may sound silly to you and me, Joe Biden clearly knows how to open a door.

However, in the White House, it is protocol that the staffers for any event, including an inaug, inauguration, be there to open those doors for the president of the United States. But when you fire the chief usher, there’s suddenly nobody there to either open the door or to tell people you have to go open the door now. As stupid as that is, as petty as that is, that appears at the moment to be the reason why Donald and Melania decided to fire Mr. Harleth. Now for the record, Harleth is somebody that they brought with them. He came from Trump hotels, so they wanted him in the White House. So sure, it’s totally possible that they fired him because they’re actually just going to send him back to Trump hotel. Sure. You could have waited a day. He could have resigned himself, if that is in fact what he had wanted to do and that’s why I don’t buy that argument.

I don’t buy the fact that well, he’s our guy, you know, we wanted him to come back with us. Cool. So you don’t fire him. You have him say, okay, cool, I resign. Or he says, hey, listen, I actually prefer it here in the White House and staff usually doesn’t turn over from administration to administration. So I’m going to stay. This is actually a pretty cool gig, you know. That’s why I don’t buy the argument that well, he’s their person, he’s coming back. No. They did it to be petty. They did it so Joe Biden would stand in front of a closed door. That’s why they did this. That’s how stupid they have made our country. And that is how petty and horrible both Donald and Melania are as human beings. They’re ridiculous. They will do anything to spite another human being, who they feel has wronged them and that is how they view Joe Biden and the Biden family. They somehow wronged them by beating them in the election. They are forever going to hold that grudge against them and any time the opportunity comes up for Donald Trump to kind of just give one more metaphorical middle finger to Joe Biden, you’d better believe he’s going to take that opportunity. And that is exactly what he did by firing this usher.