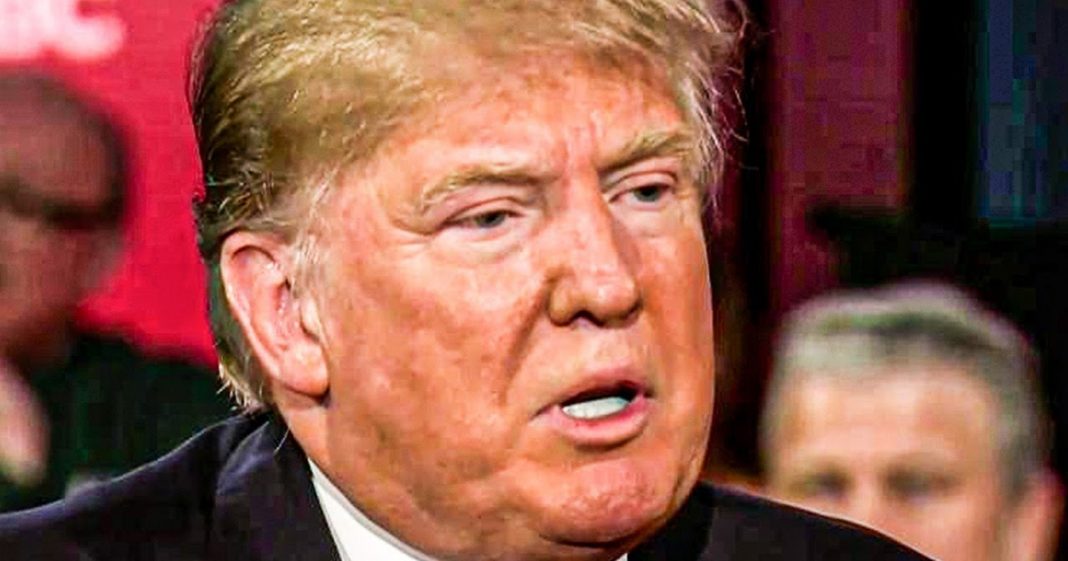 Now that he can no longer hide behind the shroud of “executive privilege”, Donald Trump is about to face a tsunami of litigation that has been waiting for him for a very long time. The former President has slander lawsuits, banking investigations, and even a fraud lawsuit to deal with in the coming months, and most of these issues are already awaiting his attention. Ring of Fire’s Farron Cousins explains what is about to happen.

Donald Trump’s tenure in the White House may be over, but his legal problems are just beginning. And the reason they’re just beginning is because his time in the White House is over. Let’s not forget Donald Trump for many years now has been able to delay multiple different lawsuits. Everything from defamation to, you know, possible bank fraud, he’s been able to delay a lot of these things. A lot of depositions, a lot of, you know, discovery just for the simple fact that he’s been serving as president of the United States. His lawyers went to court and said, listen, executive privilege and all, you really can’t do this with the president. You’re going to have to wait till after he leaves office. Of course, at the time, all of them assumed he’d be in office for eight years. Maybe he could outlive the lawsuits, right?

Well, that didn’t pan out, did it? So now Donald Trump is down in Florida, just awaiting those subpoenas. He could try to distract himself with a couple of rounds of golf. Obviously he’s got to get moved in. You know, you gotta to take your stuff out of boxes, that takes a few days, you know, remember learning where everything is, adjusting to your new home. Sure, sure. But in the back of your mind, you know those subpoenas are coming. You know those depositions are coming. You know that you finally are going to have to face the music. Here’s the thing, one of the things he’s obviously going to do, and this is clearly going to be the first legal issue, the impeachment trial, God only knows what’s going to happen with that. Because we got Republican sending mixed signals like, yes, he, he incited them, but no, we shouldn’t impeach.

So who knows, I’m assuming not going to be impeached and removed, which means that the request he has put in for 14 members of his family to get secret service protection, we’re probably going to be paying that for the rest of our lives. Yay. Anyway, that’s not even the big one though. That’s not the big one. The big one, the biggest one most impactful one, the one most likely to put him in jail is what’s taken place up in New York with Manhattan DA Cy Vance and New York attorney general Letitia James, they’ve been moving forward with their cases pretty rapid fire here. They’ve been doing some depositions. They’ve been working with the banks. They’ve been getting the documents. The court has said, yes, you can have the document documents. So they have all their ducks in a row. They’ve kind of just been waiting patiently to where the next duck can be Donald Trump.

So he is going to have to go sit down either for, you know, a deposition, maybe a video deposition, maybe submit written answers, but things are not looking good for him in New York. Obviously he ain’t going to get a pardon because you can’t be pardoned for state crimes and I don’t think Joe Biden would pardon him even if he could at this point. So that’s promising. The other one I want to keep an eye on is the E. Jean Carroll defamation lawsuit. This is the woman who said Donald Trump assaulted her in a department store fitting room back in the nineties, left a little bit of his DNA, I guess we’ll call it, on her outfit. She still has that. They have run a DNA test on that. And they’re waiting for Donald Trump to submit his DNA for the defamation case, even though they can’t get him for the assault because of a statute of limitations. They can, however, if they prove that he did do that to her, then she wins the defamation lawsuit. So that’s a very clever legal tactic because what you’re really proving is rape, but statute of limitations, you can’t do that. So all you can do is say, ha ha, we got him for defamation, pay up. But what you’re really telling the world, and that’s the whole point of this is, hey, this guy, did it fact rape her. That, that one is going to be the big one to watch. What’s going to happen in New York is going to be fun. What’s happening with the E. Jean Carroll case, that could be life-changing.