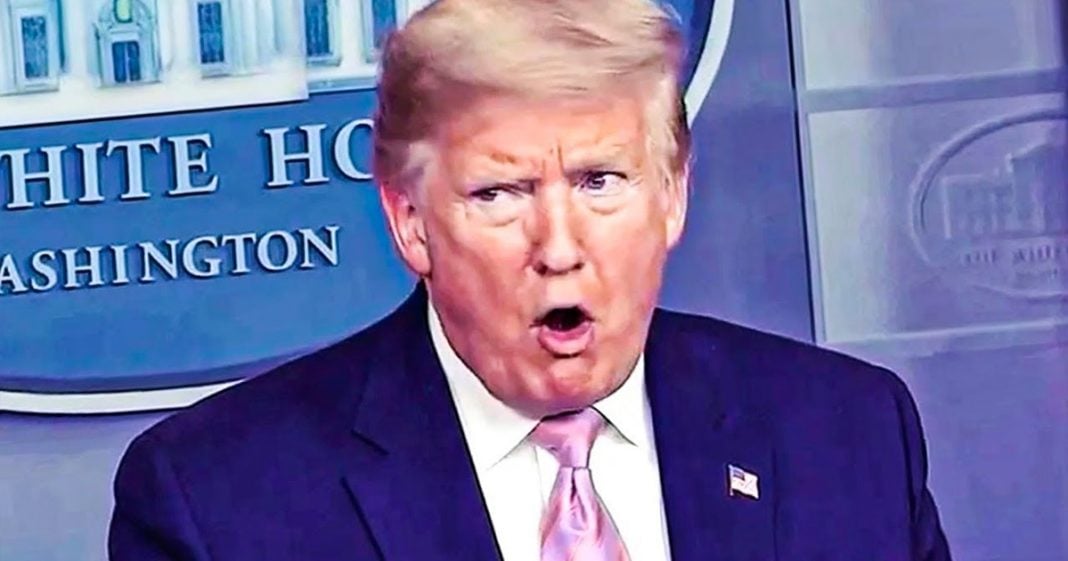 The Republican Party continues to hemorrhage donors, and they have now lost 20 of their 30 largest donors for objecting to the results of the electoral college voting. But could there be something more sinister at play? These corporations have been called out for associating with dangerous politicians in the past and it didn’t phase them, so why now? Ring of Fire’s Farron Cousins explores the possibilities.

So earlier this month you had 147 Republican lawmakers in Washington, DC object to different electoral college results from different States, but a grand total of 147 of them said, aha, I would like to challenge these results on the basis of, I don’t like the outcome. And as a result, these 147 Republicans who had gotten tens of millions of dollars from 30 different donors have now lost 20 of those 30 major donors, their, their 20 biggest donors have now left those 147 Republicans. And those donors who say no more money to these 147 include AT&T, Comcast Lockheed Martin, Honeywell, UPS, Northrop Grumman, Boeing, Deloitte, Ernst & Young, Marathon Petroleum, PricewaterhouseCoopers, New York Life Insurance, General Electric, Altria Group, Raytheon, Union Pacific, UBS Americas, General Motors, KPMG and Verizon Communications. A lot of defense contractors in there, you know, people who make things that are just designed to kill other human beings.

So them not paying off politicians is actually a good thing. In fact, if all of these companies would just pull their money from all elected officials, I would be very happy. Like that, that’s ultimately the goal. The 10 companies, 10 biggest donors out of the 30, who are still giving money to these 147 include Koch Industries, Home Depot, American Crystal Sugar, General Dynamics, Exxon Mobil, BNSF Railway, Charter Communications, FedEx Corp, USAA and Cox Enterprises. I hope I don’t get sued for saying any of their, their name like they sing in the commercials. FedEx, wow. That’s, that’s crappy FedEx. But UPS did stop. So hey, you know, you need to ship some thing, just information you need to keep in your pocket. FedEx is cool with insurrection, UPS not, so good to know. Here’s the thing though, folks again, yes, it’s hilarious and it’s wonderful that these 147 Republicans are losing corporate money.

The corporate money is going to come back. I guarantee you, we could look at this 12 months from today, you know, January 20th, 2022 and I guarantee you we go through this same list here, this same chart and all these people will be right back to giving money to those same individuals as they gear up for their midterm elections. Every one of them, I promise you, every one of them will come back. And it doesn’t matter if these individuals expressed remorse or if they came out and asked for forgiveness, or if they just kept on the same path. Eventually these corporations are going to remember, oh yeah, I have complete control over these people, no matter what. So here take my money because I really don’t care. I’m just, you know, posturing for some good publicity right now. But then after all this dies down, I’m going to start giving you money again.