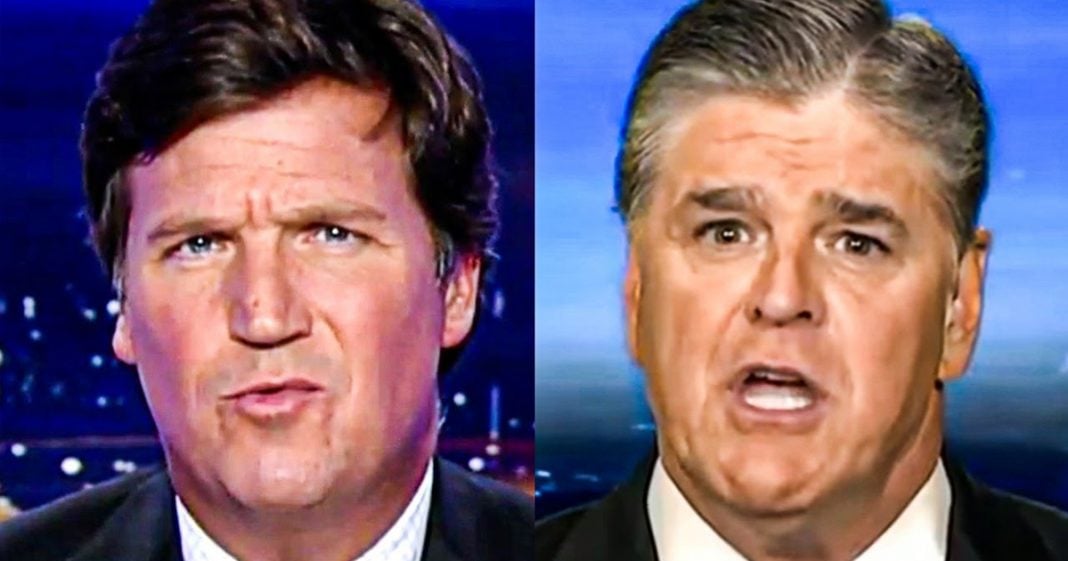 Since Election Day 2020, the ratings at Fox News have fallen by roughly 20%, and they are now LOSING to both MSNBC and CNN. The network is actually retooling their lineup a bit (which was unveiled this week) trying to shake things up and keep things fresh. But the truth is that this lag is only going to last for a while, and once they start beating up on Joe Biden they will be able to reclaim their crown as the most-watched cable news network. Ring of Fire’s Farron Cousins discusses this.

Fox news has had a hell of a hard time shaking off the non-stop attacks that Donald Trump has leveled against the network for at least the last 12 months, if not a little bit longer than that. And since November, since the election, Fox news has actually started to feel the results of Donald Trump’s attacks by losing 20% of their audience. According to the latest ratings data for the year 2021 Fox news comes in dead last for the big three cable news outlets. CNN is now number one, MSNBC is number two and Fox news is number three. Those are the big three, been around the longest and Fox news is no longer the ratings leader. Something they loved to brag about. Here are the numbers, over the first full week of 2021 CNN ranked first among cable networks, with 2.8 million viewers per day, 4.2 million in prime time followed by MSNBC with 2.3 million per day, 3.8 million in prime time and Fox news in third, 1.7 million per day, 3.2 million in prime time. Over the first two weeks of 2021 Fox averaged nearly 800,000 viewers, fewer total day than MSNBC and around 1 million fewer than CNN every day since January 4th. And Fox has trailed in that same time period, both MSNBC and CNN with the coveted 25 to 54 demographic.

Is Fox news on their way out? Is Fox news dying off? What is going on? The answer is lots of things are going on and all of them point to the fact that, no, Fox news is not going anywhere. And this is a temporary blip on the radar. Here’s what actually happened. During this same time period, yes, we had the contested election. Most Americans wanted to get an unbiased view of what was really happening, not the Fox news propaganda. So they did tune into the other networks because yes, folks, believe it or not, they were able to give actual real analysis of what was happening. Not just, you know, tribalism all the time. There’s still plenty of tribalism with MSNBC, but it’s not all the time. They also do some real work sometimes. Then of course, January 6th, Capitol Hill riots, you’re not going to tune to Fox news and watch them, you know, dis, disregard it, dismiss it or defend it. So most people actually on that day tuned into CNN. I did. If I ever have to watch something on cable news, you know, that’s broadcast among all the networks, I always go to CNN.

Don’t know why, I just do. So anyway, that’s what it is. Fox news was losing viewers because there were big real news events that people just wanted to know what was really happening. So that’s one reason. The second reason is more of a cyclical pattern. Every time there is an election where Democrats win, Fox news viewers go down for a couple months after. Fox news is going to pick right back up though, folks, don’t shed a tear for them. Fox news will come roaring back as soon as they start talking about Joe Biden and China and Hunter Biden and all that fun stuff, they’re already talking about it actually. So yeah, they’re going to go right back to what they know best, which is coming up with ridiculous and easily disproven conspiracy theories about a Democratic president, who they hate, even though he is actually giving them everything they want.