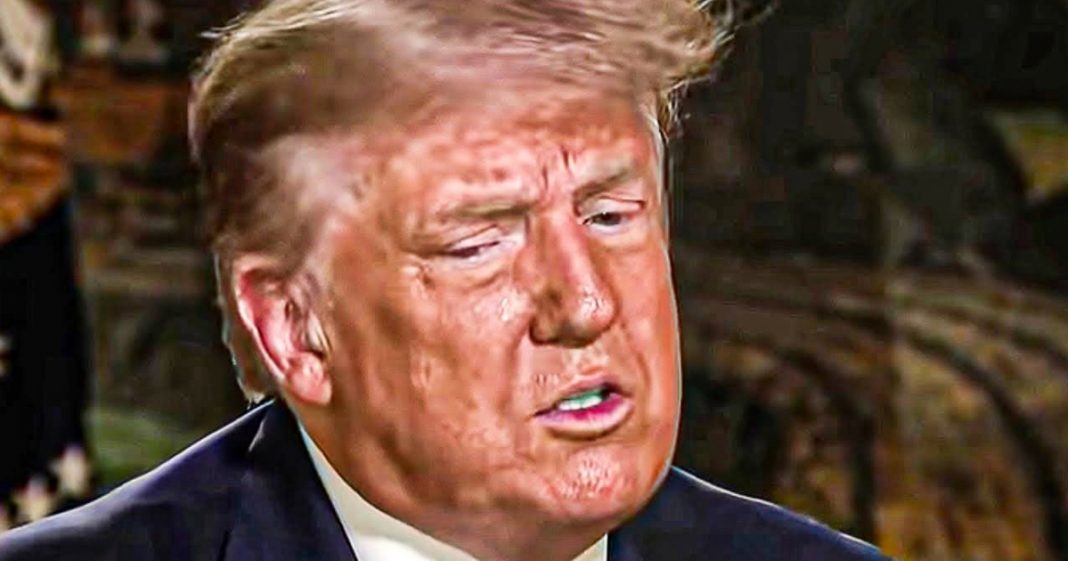 States across the country were gearing up for massive pro-Trump protests at their state capitals this week, as these Trump supporters had promised that this would happen. Instead, few people actually gathered in just a few areas, and most of these tiny protests disappeared as quickly as they formed. And that is a good thing. Not only did we avoid a day of violence, but it might also be a sign that Trump’s influence over his followers is already waning. Ring of Fire’s Farron Cousins discusses this.

Ever since the storming of the Capitol on January 6th, we had gotten reports and Trump supporters, Trump followers had been posting online, that they were planning massive protests across the country in all 50 States at the Capitol of every single state in this country. Nobody, no state was going to be exempt from this. The protest will be massive to protest the inauguration on January 20th. Obviously, January 20th is now in the past. Joe Biden became president and sure, there was a ton of security there, because they had seen what happened on January 6th. And state capitals went through, had the extra security, put up the barricades. They were prepared, thank God, for these angry pro-Trump protestors to show up and I don’t know, start some stuff and they never did. Again, thank God. There were supposed to be these massive protests, this massive showing of support for Trump, this public outcry that we want him back and it never materialized.

Oh sure, there were, you know, a little protester here, protester there. In fact, if you want to look at the Slate article in the, the link of it’s in the description of this video, they’ve got lots of pictures of, you know, one or two people here, one or two people there. Protesting, we want our Trump back, stop the steal. Looking very sad and pitiful and tired and cold, but overall the protests didn’t happen. And here’s why I’m bringing this up and it’s not just to mock those individuals, although they are worthy of being mocked, the point is Trump’s influence over these crazy folk appears to be waning a little bit, and maybe it’s because he’s not in power anymore. But I think the bigger reason for it is because he has been de-platformed. They’re not getting his messages on Twitter anymore. They’re not getting them on Facebook. He lost his voice and as I predicted when he lost that voice, he lost the power.

You also have other conspiracy nuts that were fans of Trump, who after nothing happened on inauguration day, all those grand conspiracy from the Q-tip crowd, after none of that came to fruition, they said we’ve been conned. We were duped. We were fools. This was all a farce and we fell for it. Not all of the Trump’s supporters are waking up, but enough of the Trump supporters are waking up and he has only been out of office for a couple of days. Hadn’t even been a week. This is a positive sign. This is a sign of growth for these individuals. It’s a sign that they’re being deprogrammed on their own. And as I’ve said this week, that’s the best way to deprogram when they come to the realization themselves, not when you have to force them to come to it. When they’re allowed to have that epiphany, that’s when it has the biggest impact and that is when it is most likely to stick. We’re seeing a lot of that right now and let’s just hope that as the days, weeks and months tick on, we see a heck of a lot more of it too.