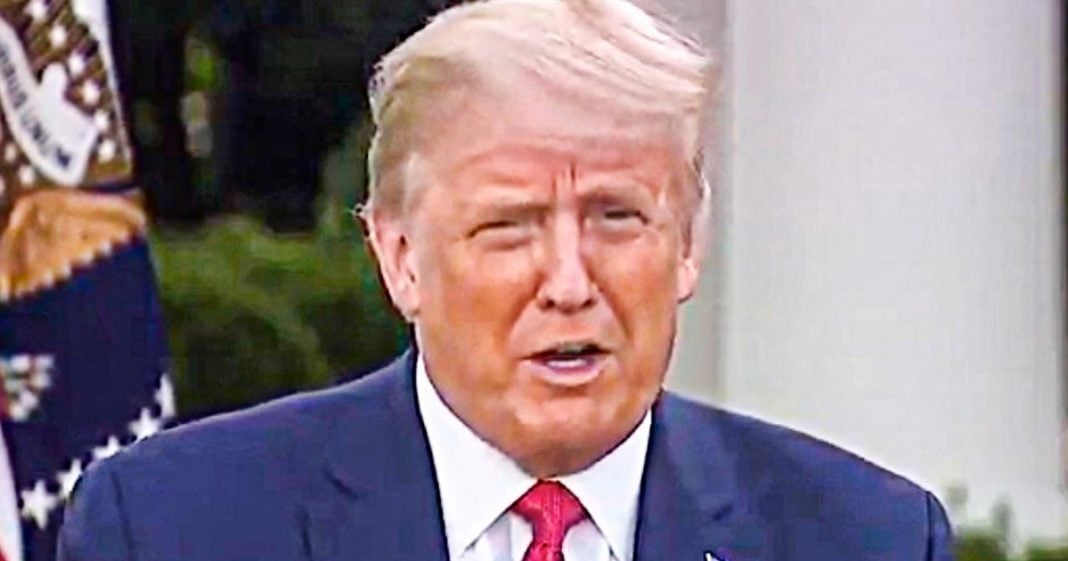 During a recent interview on Sirius XM, psychologist Mary Trump says that her Uncle Donald enjoyed every single moment of the insurrection that took place earlier this month. She’s likely correct, as it was the ultimate showing of how much they loved the President and the fact that they were willing to break federal laws and risk years of imprisonment just to do his bidding. This is what Trump has always wanted. Ring of Fire’s Farron Cousins discusses this.

During a recent interview with Dean Obeidallah on Sirius XM, Mary Trump, the niece of Donald Trump said that her uncle enjoyed every minute of the January 6th insurrection. Now, Mary Trump was not there with her uncle. She did not get to witness him, allegedly enjoying all of this. She didn’t get to watch him watch it on TV. So to be honest, she doesn’t know for certain how he reacted to the insurrection. However, being trained in psychology, I mean, she is a psychologist, she is a mental health expert. She knows the kind of person he is and knows how that kind of individual would react to that particular situation. Allow me to explain it. We know that Donald Trump, by definition, I mean by clinical definition is a narcissist. And what did we see on January 6th? We saw a group of individuals willing to attempt to basically overthrow the United States government itself because it didn’t give Trump what he wanted.

Understand, these people who stormed the Capitol, they had nothing in it for them. There was nothing in it for them. They would get nothing, no material gain from going there, other than Trump remaining in power, which judging from the looks of that crowd, yeah, they don’t benefit from that. Right. I’m willing to bet that the dude with the big horns on his helmet, yeah, you’re not getting those Republican tax breaks. So they had no material gains from doing this other than keeping Trump in power. And that’s what Trump loved. These were truly, as Trump would view them, selfless acts to benefit only Donald Trump. To make him happy. To please him. And some of these individuals, as, as we sadly now know, died for him. Four, four of the pro-Trump rioters died. One of them shot by police. The other three, died some and possibly ridiculous and humorous ways, but it’s not funny that anybody died, obviously.

And then of course the fifth person that passed, was the officer that was killed by the pro-Trump rioters. But all of this was done for Donald Trump. They killed a cop for you. You see them climbing up the walls for you. Breaking into Nancy Pelosi’s office for you. Looking for Mike Pence for you. To end his life for you because he wouldn’t stand up for you. And being the clinical narcissist that he is, he did love every second of it. So I do agree with Mary Trump’s analysis here, you don’t have to be in the same room with this guy to understand what he would love. If you know his personality and if you understand psychology, you know exactly how he likely reacted to what he saw on January 6th.