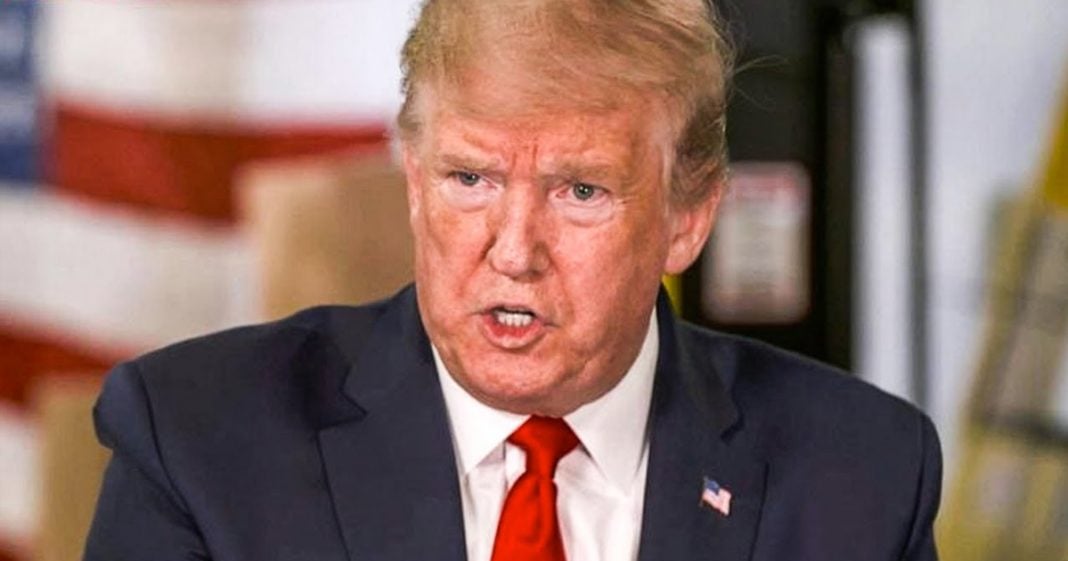 What is going to happen to the Republican Party in the coming months and years is really anyone’s guess at this point. The party could easily continue down the path that Trump firmly set them on, or they could just as easily pull back to the Party of Ted Cruz. The biggest determining factor will be who takes over as the clear leader of the Party, and the names that are floating around out there aren’t exactly comforting. Ring of Fire’s Farron Cousins discusses this.

Well folks with Donald Trump out the door of the white house, the Republican party has found itself in both a good position and of course, a bad position. The good position is that obviously you don’t have Trump at the top anymore. Trump’s not calling the shots. He’s not the face of the Republican party. Thank God that stain is a distant memory or so they’d like to think. The real problem they have is who’s the leader now, right? What do you, what do you do? Donald Trump has spent the last four years, not just trying to remake the party into his image, but also quite literally destroying the reputations of any and every Republican that wanted to make a name for themselves to take over once he leaves. There is no heir apparent in the Republican party. So there’s this massive leadership void that, that’s now been created this week because of Trump’s departure.

And we don’t know who’s going to fill it. And the terrifying thing is the direction the party takes from here, whether it continues into Trumpism or whether it just stays being crazy republicanism, which both of those are horrible paths. But whichever one it takes is going to depend on who takes over the party and the names being floated shouldn’t leave anyone feeling all warm and fuzzy inside. You obviously have people like Ted Cruz and Josh Hawley. You have Tom Cot, Tom Cotton. You have Matt Gaetz and Jim Jordan. Way off in the distance you got Mitt Romney, but Mitt Romney had his chance and they’re not going to let him like, just come back in. Mitch McConnell has never wanted to be like the public face of the Republican party. He’s never wanted to really be the, the leader in the public eye.

He likes to do things behind the scenes. He likes to be quiet. So he doesn’t even want that position, but the rest of the people I mentioned, they do. You know, Nikki Haley may want it. Gosar seems like he’s an up and comer, but the names I’m mentioning, I’m mentioning because these are publicly known, you know, well-known across the country, not just from their district or their state, Republicans. Like, people know who these individuals are and they will now be looking to them even more to lead the party. Now think about this. Do you want a Republican party brought to you by Matt Gaetz?

How terrifying is that thought? Republican party brought to you by Tom Cotton? I mean, we think the endless wars are bad now, Cotton’s gonna put that on steroids. Ted Cruz, just as disgusting. So this is where we are right now today, a Republican party in shambles because Donald Trump destroyed it and all these creepy little figures over here wanting to emerge as the new leader. Yeah. I’m not happy about it either. And I don’t even know at this point if, if it’s going to be anything that’s even capable of being reasoned with. You know, think about all those names I listed there. Are any of those names that, that jump out at you as somebody, okay, well, I think we could work with that person? No, no. They’re all extremists. Every one of them. So whatever direction this party takes right now, just understand it’s going to be a bad direction that’s not going to end well for America.