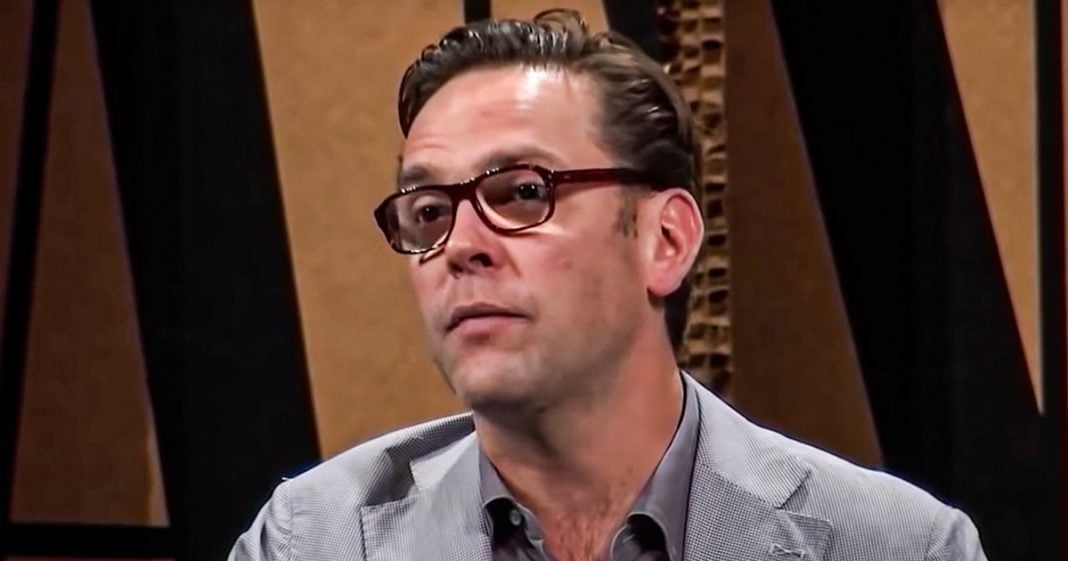 James Murdoch, the son of media mogul and Fox News owner Rupert Murdoch, said recently that media outlets need to be blamed for helping to radicalize conservatives by spreading nonstop misinformation. This is an absolute truth, and the Murdoch family knows this better than anyone. But the problem is that the media is legally allowed to lie, and the conservative media machine is so large and powerful that it is almost impossible to take them down. Ring of Fire’s Farron Cousins discusses this.

In an interview with the financial times late last week, James Murdoch, the son of media mogul, Rupert Murdoch, who also owns Fox news said that media outlets in this country have to take some responsibility for helping to radicalize the individuals who carried out those atrocious acts on American soil on January 6th. Here’s a direct quote from this interview with James Murdoch, he said those outlets that propagate lies to their audience have unleashed insidious and uncontrollable forces that will be with us for years. I hope that those people who didn’t think it was that dangerous now understand, and they stop.

There’s, there’s little doubt as to who James is addressing here. James is addressing his brother, Lachlan Murdoch and his daddy Rupert Murdoch, because they’re the ones, through their actions with Fox news, have helped to radicalize these individuals. That’s what he’s talking about and sure it’s not just Fox news. And at this point, Fox news isn’t even the worst of them. But Fox news has been around the longest and they have the biggest audience. So it’s easy to, you know, always call them out for it and sure they bear the lion’s share of the blame here. But let’s be honest, we have to figure out how to counter this because we can’t get them to stop. I mean, hell even legally speaking, you can’t get them to stop. And that’s the problem. I hate to sound defeatist, but there’s literally nothing we can do. We can not change the fact that they exist. We can’t change what they say on the air. All we can do is counter it. All we can do is continue to grow our own voices, you know, support these independent media outlets, the ones that aren’t beholden to corporations or wealthy people like the Murdochs and just spit the truth and that’s, believe it or not, it’s a lot harder than it sounds.

But here’s the thing. Even if you were to shut down Fox news, you know, if, if maybe Murdoch came out and said, you know what, I’m tired of this, I’m going to go run a, you know, ice cream shop. I’m shutting down all my media outlets. Okay, great. You still have One American news. You still have Newsmax. You still have for the moment, your Rush Limbaugh’s, you know, you, you have your Shapiro’s and your Charlie Kirks and your Candace Owens and Candace Owens. Kidding. But anyway, your Tomi Lahrens, those people aren’t going anywhere and they are fountains of misinformation. And if you think any one of them learned any kind of lesson over the last few weeks, you’re lying to yourself. And I know that little James Murdoch here wants to think that, oh, I hope they saw what they did.

They did see what they did. But do you think that they saw what they did and said, oh my God, no? They saw what happened and said, oh hell yes. They realized, if they hadn’t already, the power that they have. They didn’t become repentant after January 6th, they became more powerful. And that’s the problem. There is nothing we can do to shut them down. They have the legal right to go on the air and lie to people. That is what the courts have determined. So you can’t go that route and it sucks, but you have to accept it and you have to find a different way. And the best way forward is to continue going out there and doing what we do, trying to deprogram people, trying to, you know, be as honest as humanly possible, as straightforward as humanly possible even when it doesn’t benefit our side, that’s what we do. And we need more of this if we’re ever going to counter that conservative media machine that has a good 20 to 30 year head start over progressive media.