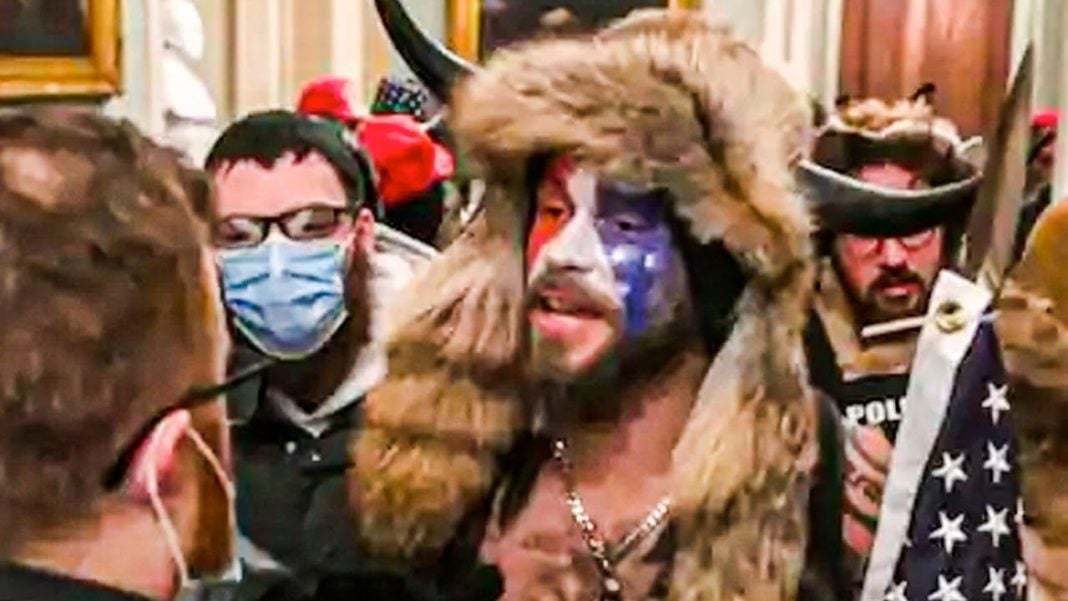 More than 66% of Republicans in the latest round of polling believe that it was Antifa that perpetrated the attack on the Capitol on January 6th, not a group of crazed Trump supporters. This is utter insanity at this point, as these people have been bragging about what they did and posting videos of themselves committing these acts all over the internet. Ring of Fire’s Farron Cousins discusses this.

In case you were wondering how brainwashed the entirety of the Republican party’s voting base is, then I want to direct you to the latest YouGov poll that shows that little more than two thirds, close to 70% of Republican voters here in the United States, believe that it was actually Antifa that stormed the Capitol on January 6th. It wasn’t crazed Trump supporters, no folks. It was people pretending to be crazed Trump supporters doing this, according to most of the Republican party. Now, obviously we know this isn’t the case. We know that that big Washington Times story about, oh, we identify the, the, the facial recognition company identified these people on Antifa websites, and they did identify them on the Antifa websites as people that Antifa had warned about were horrible people that you need to avoid if you see them at a rally. They were not Antifa themselves, just people Antifa had posted on their website as watch out for these horrible human beings.

Republicans didn’t hear the second part of that. They only heard these people were identified on Antifa websites and they heard that because Republicans took that little snippet and ran with it. Matt Gaetz, my Congressman said that on the floor of the House of Representatives, because he thinks everybody in his district is an idiot and as somebody who’s lived here for my whole life, he ain’t wrong. Sorry, not everybody that lives here because obviously I live here, but, you know what I mean. Here’s the thing. This is brainwashing. And when you have a conservative echo chamber, this massive conservative media machine pumping out lies like this, trying to convince their base that yes, it was Antifa, it was Antifa. When you have Facebook that allows for this kind of misinformation to spread like wildfire, Twitter, you know, with their little, maybe this isn’t true. We don’t know.

It allows these lies to spread. You know, as the old saying goes, a lie can travel all the way around the world before the truth even gets its shoes on. And that is the reality in which we are living today. And I hate to admit it, but I’ve admitted it a million times, but the apparatus that Republicans have, that right-wingers have, that conservatives have is so much more powerful and well-organized compared to what we have on the left. On the left we have a group of people not unlike myself who do things like this. We, we’ve got our little shows. We’ve got our little YouTube channels. Yeah, yeah. Some of them have their, their websites or their Substacks. Sure, great. But we’re all basically in competition with one another, for, for views, you know, to, to keep our own stuff alive, to keep us doing this. We’re not all interconnected. We’re not all on the same page.

We each have our different opinions, different views, different strategies, different everything. And that’s good. That’s what it should be. Republicans don’t always have to worry about the view counts, the advertiser money coming in, because they get funded by these insane Republican millionaires and billionaires who are willing to put money towards anything as long as it convinces people that wealthy people need tax breaks. We do not have that on the left, no matter what these Republicans say, George Soros has never given us a dime. Oh, he’s funded a couple of think tanks. Sure. But in terms of things that actually matter, things that actually make a difference. Nah, he’s not, he’s not. And I’ve actually been a part of organizations that have asked him and he said, no. So as long as we on the left continue to be at a media disadvantage to those on the right, lies like this are going to spread and you’re going to have, you know, continue to have majority of Republicans believing something that is absolutely utterly false. Republicans were bragging about showing up at these rallies. They were posting videos of themselves. We know it was them because they made sure to remind us it was them.