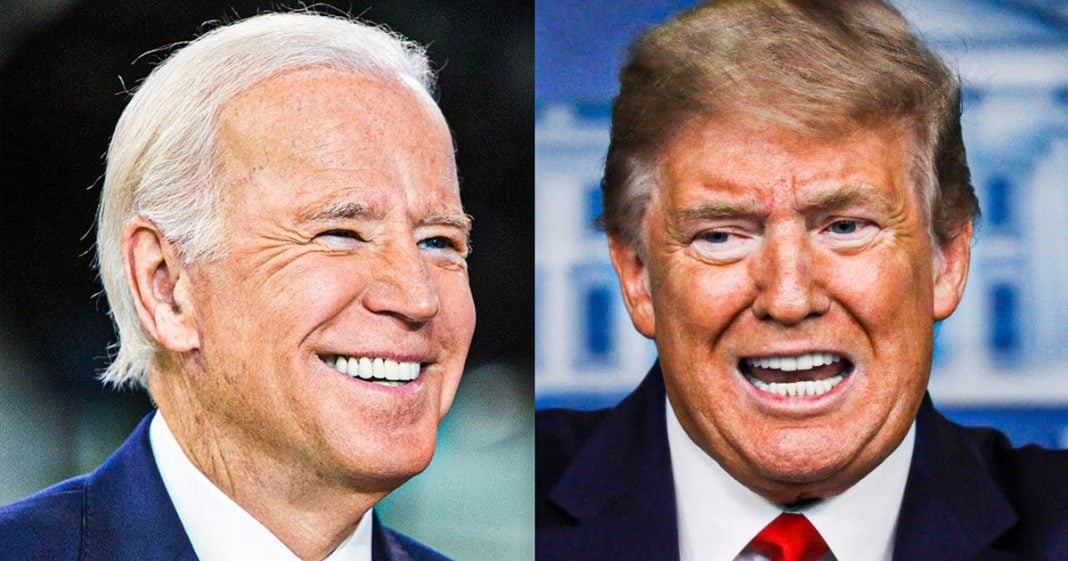 President Joe Biden has officially cancelled Donald Trump’s emergency declaration at the border along with his ill-conceived border wall. With the project only on a temporary hold, it will allow the government to figure out how to move forward with the contractors who had been guaranteed a certain amount of money for the project. Ring of Fire’s Farron Cousins explains what happens next.

Joe Biden has officially rescinded Donald Trump’s national emergency declaration along the Southern border. And as a result of that has also officially canceled, at least temporarily, the construction of Donald Trump’s border wall. Only took 24 hours, but 24 hours after Trump left office, there is no longer the national emergency on the border because there never was a national emergency on the border. And the border wall, at least for now, is temporarily halted. Now, there is a reason this project is only temporarily halted and it’s not because we may restart it later. No, no, no. It all has to do with contracts. Biden very easily could have come out and just straight up said, yeah, we’re done with the project it’s over. And if you do that, you put everybody in an immediate position where you’re likely going to get hit with a bunch of lawsuits from your contractors who say, you owe me this amount of money.

Now postponing the project, temporarily halting the project or putting it indefinitely on ice allows you the time to do some studies, come up with reasons why you can’t build this, to work out deals with the contractors because yes, they will have to be paid something. You cannot just terminate the contract and then say, no, you’re not going to get paid. They have an agreement. And the way the government contracts work, there are stipulations that yes, the projects can be canceled depending on the reason, you’d still be owed X amount of dollars of, you know, X percentage, I guess it would be. It’s a complicated process and they need time to hash it out with these contractors. So yes, we’re still gonna have to pay more, but this is a great move by Joe Biden. And again, I’m purely speculating that that is why, you know, it’s, it’s only paused at the moment or put on ice and not totally terminated. Could be a completely different reason.

Maybe he does want to restart it later. I don’t know. But I do know as somebody who’s done a ton of research into the government contract side of that border wall thing, it is far more complicated than most of us think. Now the other things we know, we know Republicans right now are pushing the talking point of another caravan. You know, as soon as Trump leaves office by God, they just band together down there in South central America and they start coming up here. So they’re back on the caravan bandwagon. So you can expect more of that from conservative media. They’re going to talk about people coming over. They’re going to talk about the drugs coming over. They’re going to talk about, oh my God, everything is coming over this border now that Joe Biden is here. It’s only been two days and my God, it’s pure anarchy down there because of what he has done.

Please don’t buy into that crap, please don’t be one of those people. Can we please go back to being a country that actually thinks rationally and takes a step back, like, well, wait a minute. If what they’re saying is true, then why am I not seeing chaos? Why are we not seeing footage of people just running across that border every day? Why are we not seeing upticks in, in crime levels or drug levels or anything like that? Use your brains, folks, because the Republican disinformation machine is just now turning back on and it’s going to start churning out more BS than it has in a very long time.