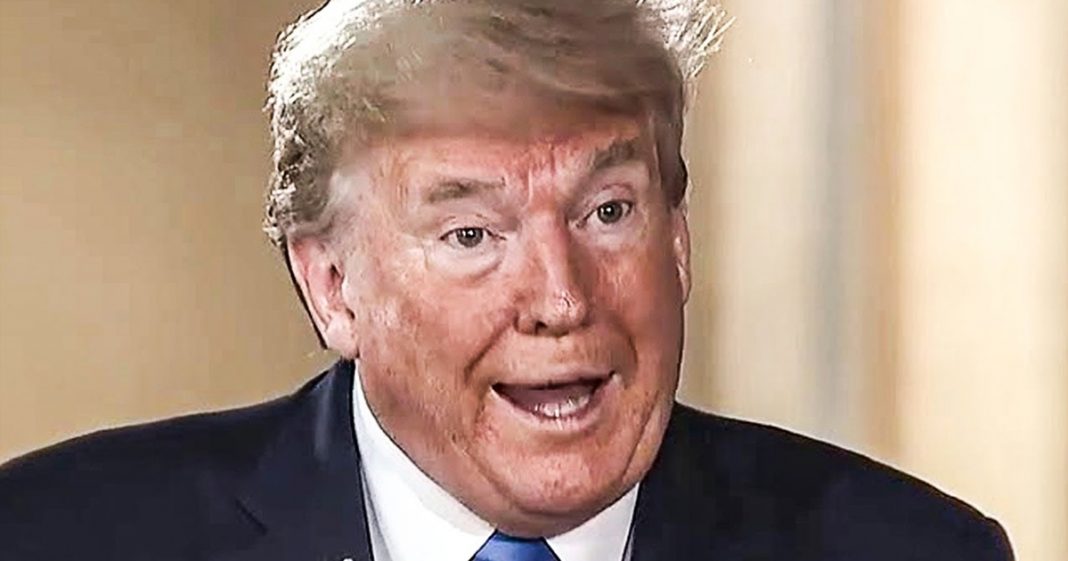 Trump has left office, and now we can look at the official numbers of how many lies he told while in office. And there were a lot of them. According to the official final tally of the Washington Post fact-checkers, the former President told 30,573 lies while in office, most of them very obvious lies in order to pad his ego a bit. Ring of Fire’s Farron Cousins explains what this means, and why we need to avoid making the same mistake again.

Well folks, now that Donald Trump is officially out of office and he’s no longer going to be giving any speeches, rallies, or press conferences as the president of the United States, the Washington Post was finally able to cap off the total number of lies that this man told throughout his entire administration, four years, and the grand total is 30,573 lies, 30,573 lies. Now the Washington Post says that this includes, you know, false hoods, misleading statements, exaggerations, stop it, they’re all lies one way or another. When he knows what the truth is, but he tells you something that’s different than that, that’s a lie. Oh, a misstatement. Oh, he misspoke. Oh no, it’s just an exaggeration. It’s a fricking lie. Can we just, can we all get on the same page on what the definition of a lie is? Good God, it’s insane. So anyway, 30,573 lies over four years and in that same time period, he was president for 35,064 hours, which means there was roughly only 4,500 hours during his entire administration where he didn’t tell a lie.

And I’m assuming those were hours when he was sleeping because I don’t think the Washington Post had anybody at his bedside to see if he was lying in his sleep. If he did I, or if they did, I imagine that number would be much higher, but guy basically told a lie per hour throughout his entire administration. That is what he averaged, one lie per hour. Can we, as a people agree to just not do this again? Like, can we finally educate ourselves enough to realize a charlatan and a con man when we see one? I mean, this is ridiculous. Look, if you still support this, man, if you still think that lying 30,000 times over the span of four years isn’t a big deal, yeah, then you really need to get your head checked because you’re the problem at that point, not him, you.

That’s what me off the most about this. You know, it’s, I’ve repeatedly said, look, I’m down here in the South, right? You know, all my Facebook friends, you know, old buddies from high school and college that also went to school down here. I went to school with them, obviously, you know, they’re, they’re almost in tears yesterday. I can’t believe this evil has, you know, befalling our country now with Biden in charge. My next door neighbor posting crazy conspiracies on his Facebook page. Like I’m surrounded by this everyday folks and this is why it me off. You know, unfortunately I don’t get to live in one of those wonderful liberal cities where you only laugh about this stuff online. I, I see this stuff anytime I walk outside my front door. If I go in my backyard, you know what my neighbor behind me has up, a giant Trump flag. I’m literally surrounded by this and that’s how it is for those of us, you know, Progressive’s down here in the South.

We’re outnumbered and at times a little terrifying, to be honest. And that’s why it drives me so crazy because you see stories like this, 30,573 lies over four years and these idiots don’t care or even worse, they say, no, no, no, you’re wrong. It’s the Washington Post that is lying 30,000 times. They’ve probably lied 40,000 times. So there. Cool. What’s your proof because they’ve laid out every single one of these lies for you to fact check. I don’t need proof, they’re media, they lie. And that’s how those conversations go. You can’t argue logic with somebody that ignorant and there it is. We have to fix the ignorance problem in this country or else we’re going to be looking at something far worse than Donald Trump in 2024.