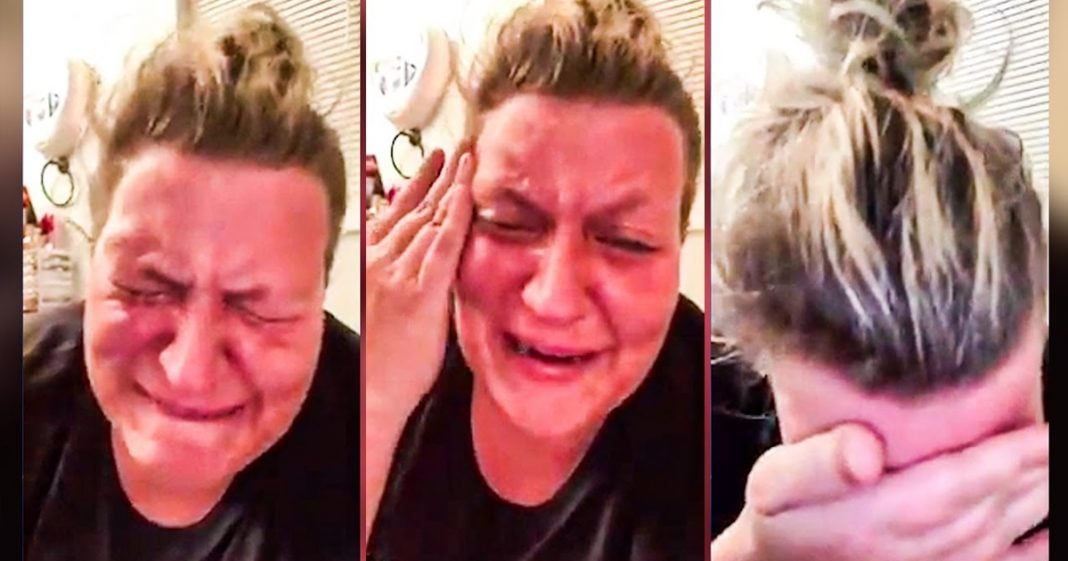 Some of the most ardent and conspiracy-driven Trump supporters were beside themselves during the inauguration after it became clear that they had wasted years of their lives following a scam. Their precious little cult that believed Trump would somehow remain President and that Biden would be arrested went down in flames yesterday, and their tears elicited laughs instead of sympathy. Ring of Fire’s Farron Cousins discusses this.

Trump Supporter:             President Trump, if you see this, please save us, I don’t even see our American flag anymore. Biden’s talking with some kind of crazy flag. This is America. This is our land.

Trump supporters were very obviously upset about what happened yesterday. Not only did their guy have to leave the White House for the final time, the guy they don’t like is now the president of the United States. But all of that is secondary to the fact that all of their weird little fantasies that they have been discussing online for months or possibly even years at this point, all of those weird little fantasies and conspiracies went up in flames at noon Eastern yesterday. Even before the actual transfer of power took place at noon, you had your, well, let’s call them the Q-tips. You had your Q-tip folks, still saying online, that don’t worry, it’s totally going to happen. Like Trump’s going to come back and Biden’s going to be arrested. This inauguration is not going to happen. And then immediately after the inauguration happened, the tone shifted on the message boards where the Q-tips like to hang out.

They said they’ve been duped. They were conned. They were hoodwinked. And now they’re furious mostly at themselves, luckily, for following this ridiculous theory that somehow Donald Trump was going to be the one, you know, to purify the government, to cast out all the horrible people, to expose the deep state and, yeah, none of that was real. It was all a farce. I mean, those of us living in reality, we knew, right. I mean, we knew that this was all a little too nutty to actually come to fruition, not to mention the fact that that’s not how the constitution works. So most of them, and there were wonderful, wonderful articles that emerged yesterday. Lots of great quotes from the Q-tip people, saying…

I can’t even read these because they’re hilarious, but they’re essentially like, you can read it in their, their texts, like their cry. Like, my whole family thinks I’m a wacko now. Like, yeah. I guarantee you, they probably thought that before noon Eastern too, by the way. But look, here’s the thing, some of them came to the realization, as I mentioned, that they had been hoodwinked and that’s wonderful. Like that is one of the best ways to deprogram people is to have them come to the realizations themselves. You know, when they suddenly open their eyes and like, oh my God, no, this, this is wrong. This is weird. What am I doing? This is a farce. I’m out. That right there, the person themselves having the change of heart, psychologically speaking, that is one of the best ways to get them to stop, to get them to leave. So that is wonderful, believe me, that is a truly great revelation for these individuals to have. Not all of them had the revelations though. Some of them actually doubled down. And now the new theory is that, yes, Trump left and sure Biden got sworn in, but Trump left because he is going to go start the real government because we all know the actual United States government is like totally falling apart.

So Trump’s down here in Florida now, you know, setting up his cabinet for the real government, not that thing in DC. That’s the new theory. We’ll see how many people buy into it. But the thing about these conspiracy theories, just like with the doomsday cults and all that kinds of thing, the more you make very bold predictions that don’t come true, the less influence you have. Every time you tell people the storm is coming and the storm doesn’t come, you lose a couple more. Pretty soon the Q-tips will be back. Hopefully most of them to just being regular individuals, not subscribing to this conspiracy, some of them, this is who they’ve decided to be for the rest of their lives. So they, they probably need some help. But I think we’re actually starting to see this great awakening, as they like to call it, except it’s them realizing they’re the ones who got hoodwinked.