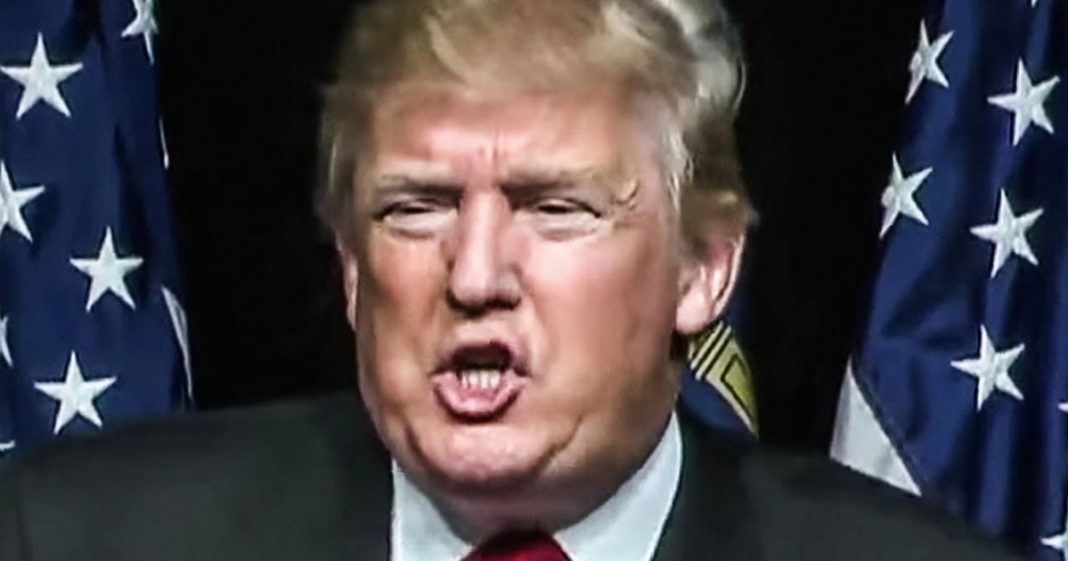 Staying ever true to form, Donald Trump spent his final hours inside the White House on Wednesday morning throwing a temper tantrum about Republican leaders. He’s apparently been fuming for quite some time about the Lincoln Project, and his anger yesterday boiled over into Senate and House Republican leaders. Ring of Fire’s Farron Cousins explains what’s happening.

According to Maggie Haberman at the New York Times yesterday, before Donald Trump departed the White House at 8:00 AM, because I guess he wanted to leave super early. I don’t know, to beat traffic or just to make sure he didn’t have to look Joe Biden in the face. But anyway, he left at 8:00 AM, but before he left all that morning, Maggie Haberman at the New York Times says that Donald Trump was fuming about Republican House minority leader, Kevin McCarthy, because as the report says, Donald Trump still believes he won the election. And he’s furious at McCarthy for not doing more to overturn the election, even though McCarthy really did do just as much as the other ones, voted against impeachment, he voted against the certification of the electoral college. Like, I mean, what do you, what more do you want from him? The only thing he did that his other Trump suck ups didn’t do was he did, you know, mention that, yeah, the parrot, president bears a little bit of responsibility for the riot on Capitol Hill, but let’s not impeach him.

Maybe we censure him or maybe we just have an investigation. Huh guys? And apparently that alone was enough to set Donald Trump off and his long-time ally Kevin McCarthy is now his sworn enemy. Kevin that’s actually probably a really, really good thing for you, by the way, Trump is toxic. You know, Trump is toxic. You just thought throwing your lot in with him would be good for you politically. But as soon as you became not useful to him, he threw you under the bus just as he has done with every other human being in his life. I don’t understand how people can still be this stupid. You know, we have watched it play out for years now. Somebody throws in with Donald Trump because they think, oh, this is going to be good for me. I’m going to get great and wonderful things from it. You just wait, hoo, hoo, hoo.

And then the second he doesn’t need them anymore, in true psychopathic fashion, he discards them because people are not human beings to him. They do not have feelings. They do not have needs. They do not exist when he is not around them. They are tools. They are useful. They can be useful, but once he achieves his end, he doesn’t need the means anymore. So get out, you’re clutter, go. Like, Kevin McCarthy is finding that out right now. Another reason though, that Donald Trump was so furious on his final day in office, and actually I think the final days in office, is because reports have also said that the Lincoln Project was really starting to get to him. He was getting annoyed with all of the ads they were running. He gets annoyed with them on social media. You know, they’re, they’re, they’re really targeting him and zeroing in hard on him and that apparently took a toll. And that may have been kind of what helped him go after McCarthy a little bit because it was misplaced anger. He wasn’t actually mad at McCarthy. He was more mad at Lincoln Project, but whatever it is, folks, it doesn’t matter because he’s gone. He’s not the president anymore. So hopefully we never ever, ever have to talk about another Trump temper tantrum for the rest of our lives.