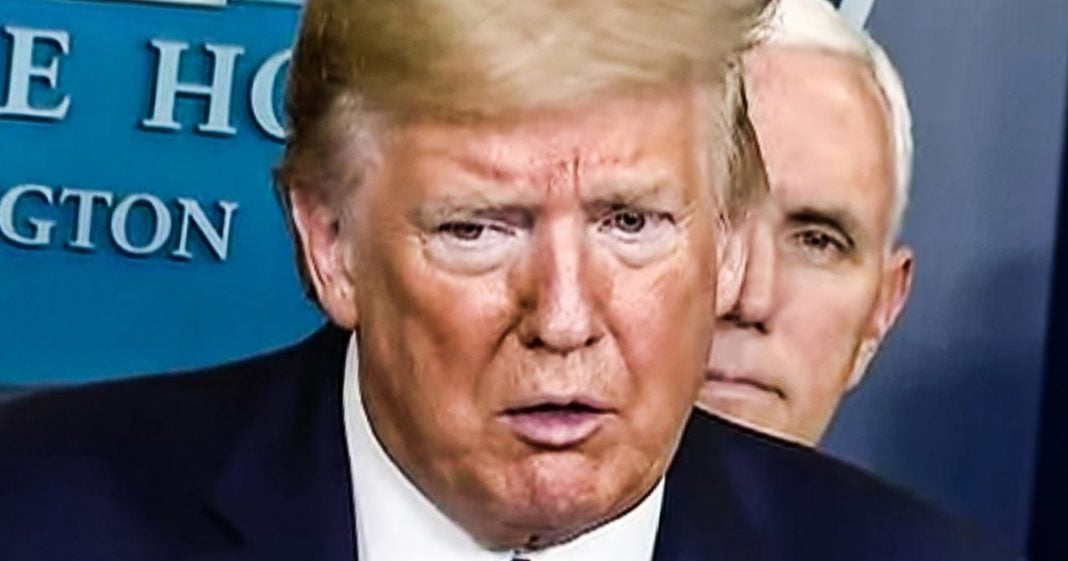 Numerous officials from the Trump administration were sanctioned by China immediately following Joe Biden’s inauguration, and now these individuals will not be allowed to do business with or even travel to the country or the territories that it claims. They cited officials, including Mike Pompeo and Peter Navarro, for their alleged “crazy moves” against the country and their open hatred of China. Ring of Fire’s Farron Cousins explains what’s happening.

Within moments of Joe Biden being sworn in as the new president of the United States, China went ahead and issued sanctions against about a dozen former Trump administration officials, because they all lost their jobs yesterday too, for their quote, crazy moves and hatred against China. Some of these individuals include Mike Pompeo, Bannon, John Bolton, Robert O’Brien, Peter Navarro, who was the architect of the trade war, health and human services Alex Azar, lot of different villains and horrible people from the Trump administration now barred from going into China or any of the territories that it claims. You cannot do business with China or any of the territories that it claims. You’re done, no more China, that’s it for you. Um, listen, the day before this actually happened, though, the United States at the time the then Trump administration, did put sanctions on China, for what they’re calling the genocide of Uighurs in China. Right now, they’ve got I think a million or more, Muslim Uighurs locked up in detention centers.

So massive human rights violation happening over there in China. One that does not get the attention that it deserves. I mean, we’ve got very real problems when you have a million human beings locked up. Kind of hard to not, you know, see what they’re doing to these individuals after locking them up as a form of genocide, it really is difficult. So I don’t disagree with the Trump administration putting that sanction in place, obviously. And then of course, China turns around and gets off and says, okay, well we’re sanctioning you people. You can’t come back into our country. Now here’s the task at hand, obviously Trump’s not president anymore. So he didn’t have to worry about slapping that sanction on them because he understood, even though I’m still in a trade war with them, even though I have to make a deal with them, I don’t have to be the one to do it anymore. So I’m going to them off one last time, I’m going to poke the hornet’s nest and then shove this guy in front of me to the hornet’s nest.

So the hornets are going to fly out angry and say, oh, it must be this guy and Trump’s, you know, halfway across the field by now. So Biden has a very difficult task in front of him. How do you handle the civil rights issue, the genocide issue with the fact that we apparently have to have them as a trade partner or else all the American farmers go on welfare from the federal government? How do we do that? How do we square those two things? We need China. They don’t necessarily us. That’s the problem. That’s one of the, the horrifying positions that we have put ourself in. So either Biden has to go out and immediately find some new trade partners, you know, to pick up the slack where we don’t have it coming from China anymore, or he’s going to have to figure out one of the most massive foreign policy disasters and I don’t know that he has it in him. I truly do not know if this is something he or his team are going to be able to fix. This might be a relationship that we have to move on from, because we cannot justify what they’re doing in their country. But if we can find the trade partners to pick up the slack, we just might be able to end the trade war by helping ourselves without having to support what they’re doing to their own people. I don’t know if it’s even possible, but that is the mess that Trump left for Biden.