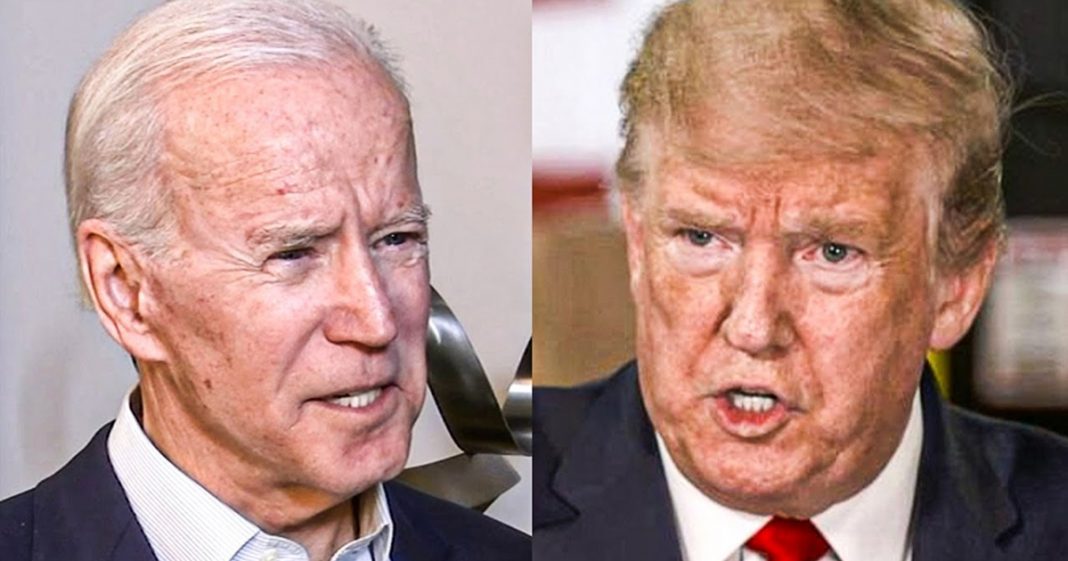 The newly-minted Biden Administration didn’t have much time for a honeymoon period, as they quickly learned that the outgoing Trump administration left them with absolutely no means to battle the pandemic. This includes not having a vaccine distribution plan in place, forcing each state to develop their own plans that vary greatly from state to state. The new administration has their work cut out for them, as Ring of Fire’s Farron Cousins explains.

So Joe Biden’s people have been in the White House for about 24 hours at this point. And last night they actually spoke to CNN and said, oh my God, they didn’t leave a vaccine distribution plan because they never developed a vaccine distribution plan. So according to the freshly minted Biden administration, the Trump administration never bothered to get around to actually come up with a plan on how to distribute the vaccine here in the United States, which is why, instead of having 20 million people vaccinated at the end of 2020, as Trump said he would have, we had like 4 to 5 million vaccinated, you know, a small percentage of that total we were supposed to have. That’s why right now the rollout has been an absolute failure. That’s why we have 50 different States, once again, going it alone, you know, coming up with their own standards. Many of which like us here in Florida, our state standards, which the governor put into effect via executive order actually run contradictory to the CDC’s own guidelines. Like it’s, it’s, it’s against the law here in Florida right now because the governor’s executive order for anybody that is not over the age of 65 or a frontline medical worker to get the vaccine, it’s against the law because of his order. Doesn’t matter if you’re a different frontline worker, doesn’t matter if you have the underlying conditions that make COVID far more fatal. No, no, no, no. They will turn you away.

I know, happened to me Friday. Nevertheless, this is happening state to state. Florida’s guidelines are different from Alabama’s. Alabama’s are different from Mississippi’s and Mississippi and Louisiana aren’t the same and so on and so forth as you go across the map. Each state and its neighbors have different guidelines as to who gets the vaccine and when, and when they’re going to open it up to the next group of people. Now, the CDC, as I’ve mentioned, the CDC has put out, you know, the different phases that they believe we should be going by. And according to the CDC, right now, we should be in phase two, which is of course, yes, 65 and older and frontline medical workers. Sure. It also includes frontline workers who have face-to-face contact with customers, which would also include teachers, firefighters who, yeah, those people aren’t eligible to get it yet, in most States.

It would include grocery store workers. You know, the people we deemed essential a year ago and now that we can finally get them protected, we’re like, nah, y’all are going back down on the list. And of course the people with the underlying health conditions that make COVID far worse, that’s where we’re supposed to be at according to the CDC. But the Trump administration never put that into action. Right. They had the, the, the, the guidelines from the CDC, but as the Biden people are telling us now, they never did anything with it. So you’ve got this organization, this well-funded organization filled with very smart people for just this particular reason and the Trump administration said, oh cool, yeah, that’s nice guidelines you got there. All right, well, I’m going to go play golf.

I have to assume that that is the extent of the conversation that took place when he saw their guidelines seeing is how they never got put into place. So Biden is coming in at a disadvantage here in, in many, many areas, not just the pandemic. But listen, one thing he can do immediately is he can authorize the defense production act and say every single pharmaceutical company in the United States, you’re making vaccines starting right this second, go. We have to get people inoculated. We have to get this country back to normal. You know, a lot of folks like me, I, I’m, maybe I’m playing it too safe, but I rarely leave. It’s starting to really grind on me. It starting to really affect me, you know. So yes, I would love to get a vaccine. I would like to be able to go about my regular old routine. Hell, I’d like to be able to walk into a fricking restaurant.

And I’d like to be able to once again, be able to contribute to society, to not have to worry about infecting somebody because I have to run to the store. To not have to worry about being infected by somebody because they refuse to put on a mask. The worry, the anxiety, all of this wears on us differently, but Biden can ease a lot of those pains by authorizing the defense production act, getting more vaccine out there and doing it according to the CDC. The problem is Trump let the States get the upper hand at this point. 10th amendment folks, Biden cannot come out with a plan at this point that supersedes what the States have done. They could choose to adopt the federal plan, or they can say, no, States’ rights. We’re going to do it our way. And when you’re talking about States as populist as like Florida and Texas, you can bet it’s going to be an absolute disaster.