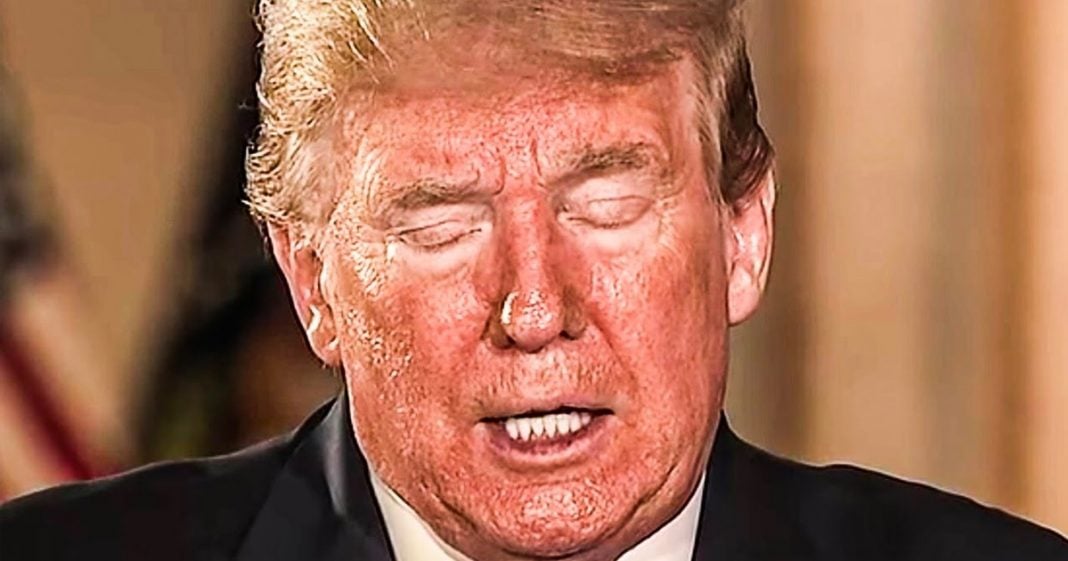 Donald Trump recently held a lengthy meeting with his legal advisers to discuss the possibility of pardoning himself and his children. Reports say that during this meeting, these advisers said that he couldn’t pardon himself or his family because he would have to list the specific crimes they committed. But that’s not how it works, and it seems likely that these advisers lied to him. Ring of Fire’s Farron Cousins discusses this.

So late yesterday evening, Donald Trump’s list of a little more than 70 pardons and roughly 70 commutations came out. Some names we had wanted to see on the list were not there. Assange, Snowden, Reality Winner, Manning. They didn’t get their pardons, but, as far as we can tell, neither did the insurrectionists on the Capitol. So at least, you know, that’s a positive, Steve Bannon got one, even though he was accused of defrauding Trump’s supporters. So Trump’s okay with that. But a couple of other names we didn’t see on the list were Donald J. Trump, Donald J. Trump, Jr., Eric Trump and Ivanka Trump. He did not pardon his own family. And according to a report from CNN it’s because his lawyers basically told him you can’t do that. Here’s what happened. This is from Raw Story, according to cnn.com, Trump, along with Ivanka and Jared Kushner listened in as white house counsel, Pat Cipollone and Eric Herschmann, that the only way he could pardon himself, his family and the GOP members was if he listed out the crimes that were committed. Listing the crimes in the pardon would essentially give prosecutors a guide for how to charge the Trumps with state or civil crimes, which don’t fall under the pardon.

If his lawyers, which, or legal advisors told him these things, they lied. That’s not how it works. That’s not how it works. And I don’t know if they lied because they were genuinely ignorant of how presidential pardons work or if they were just trying to pull a fast one on him, whatever the reason it worked. But that’s an absolute lie. That’s not true. You can pardon someone without listing their crime. How do you think Richard Nixon got pardoned? Go back, I did after I read this story, I was like, hold up. No, no, no, no, no. I’ve got to make sure, because as regular viewers understand, I have been saying for months, no, you do not have to list a crime. You can say you’re pardoned from anything you may have done from this, this date, the start date to the end date, whatever you did in there, you’re pardoned. It turns out yes, after researching it multiple different times, every time I say it, just to be sure, yes, I am correct. You can pardon anyone for anything. And you don’t even have to say the thing.

So his own lawyers and legal counsel lied to him. It’s a lie that benefited the rest of us. Let’s be honest. Look, nobody wanted to see him pardon himself or his kids. But he absolutely could have, and he could done it without listing their crimes. So I don’t know, the people who gave him that legal advice, if they were acting as his counsel at the time, they could find themselves potentially at risk of being sued for giving faulty legal advice that has now screwed him over because now he’s SOL. Now there’s nothing he can do. Like he is stuck with it. So it is what it is. They lied to him. We don’t know if it’s because they didn’t know or because they just hate him and didn’t want him to get pardoned. But whatever the reason, Trump didn’t get it pardoned and now we go from there.