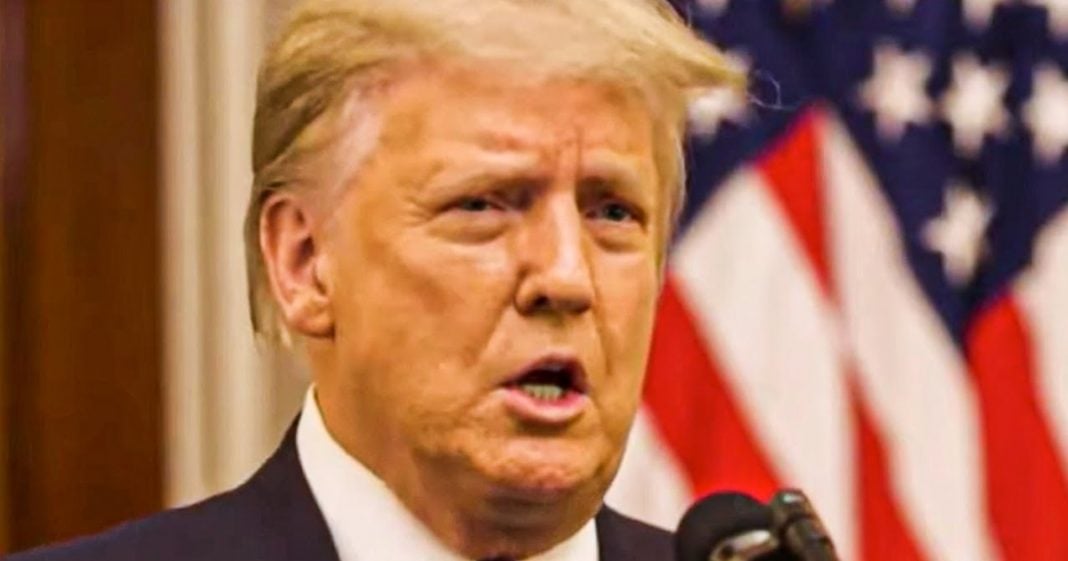 Donald Trump is the only president in modern polling history to never hit a 50% approval rating throughout his entire presidency. The historically unpopular president also left office today to little fanfare – no parades, no grand exit, nothing – and that has to be eating him up inside. But the truth is that Trump never gave people anything to love, only told them who to hate, and that will only take you so far. Ring of Fire’s Farron Cousins discusses this.

Now here’s the thing. The reason he’s least popular president ever is because he averaged in his polling data, a 41% approval rating. And aside from a couple outliers here and there throughout his administration, actually never cracked 50% approval rating. In fact, in the aggregate polling, he never ever, even with the outliner, outliers included, never hit 50% approval rating. This is a man who never once in his presidency was able to get at least half the country to say, yes, I approve of what’s happening. Historically unpopular. Prior to that, you had two Democrats who shared the title of least popular in polling history, it was Harry Truman and Jimmy Carter with 45% average approval rating. However, they both had at different points achieved greater than 50% approval rating, which Donald Trump had not. So what does all this mean? Well, it means that if he wants to run for president again or really anything again, he has to understand that he is again, historically unpopular. His approval rating this morning, as he boarded that helicopter to very little fan fair, there was a little bit of a crowd there.

Probably mostly just White House staff saying gah, okay, see you, we’re going to go clean because the whole place reeks of McDonald’s now, he’s a 29% approval rating. Some polls, however, have it as high as 33%. So, you know, he may have a third of the country that says, yes, I liked the job he did, the rest of us say, no, we don’t like it. We’re glad he’s leaving. We don’t want to see him again. We don’t want to hear from him again. We want this national embarrassment to be over with. And that national embarrassment is. That doesn’t mean all national embarrassments are gone, absolutely not. We still have problems to deal with. It’s just him being in office is a problem we don’t have to deal with anymore. He can take his historically unpopular self, go barricade himself inside Mar-a-Lago and just do whatever the hell he wants. That’s up to him now. We really, really don’t care.