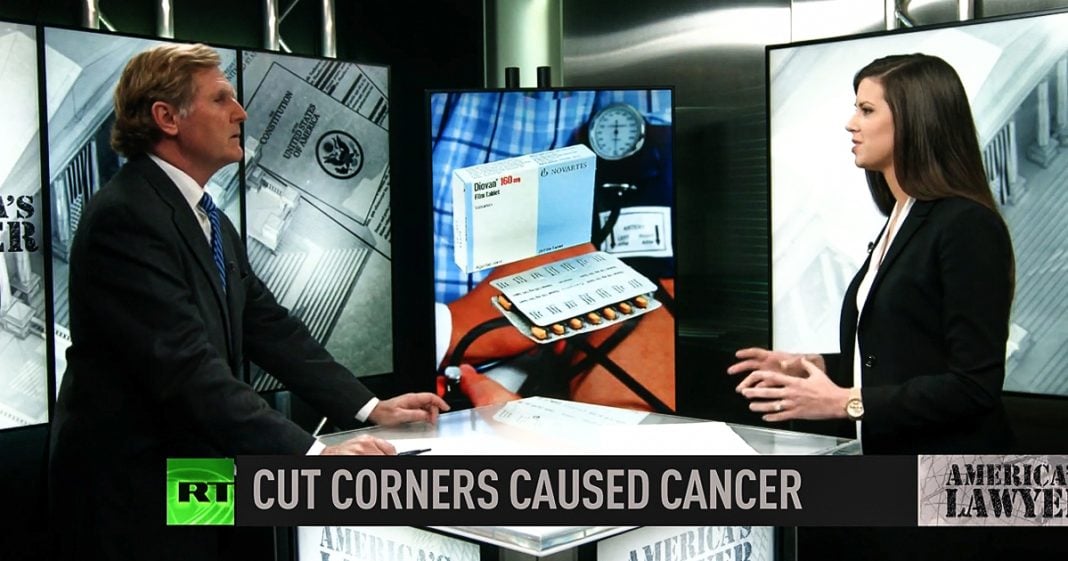 Via America’s Lawyer: A Chinese pharmaceutical company faces a wave of lawsuits after an ingredient in their blood pressure drug Valsartan was found to cause cancer. Attorney Madeline Pendley joins Mike Papantonio to explain the case against the Zhejiang Huahai Pharmaceutical (ZHP), who knowingly manufactured and distributed the tainted medication while cutting corners in its production. Also, since the calamitous insurrection, many big banks have stopped political donations altogether. Mike Papantonio & Farron Cousins discuss more.

Mike Papantonio:             Major political donors have decided to stop giving money to Washington politicians after last week’s events and they can think that in their mind they’re, if you really look at this, they know they get people elected. Right? They know they get people elected. So they’re going to dry up the money. What bothered me about this story, it was just so ridiculous, it was almost, it was, it was almost dark comedy. When you have people like Jamie Diamon and Goldman Sachs and Morgan Stanley and all of these folks saying, oh my God, you have violated the rule of law in America and so we’re not going to give you any more money, Democrat or Republican. Can you imagine these cats that have been hit with virtually every major fraud felony known to mankind decade after decade talking about the need for rule of law, it’s embarrassing. Goldman Sachs should be embarrassed to even use words like that.

Farron Cousins:                  They really should. I mean, these are, are people and institutions that have absolutely been run through the ringer by the DOJ. A lot of them would be in prison if we actually prosecuted white collar crime in the US and to me, the other thing that stands out so, so strongly about this is that they, they understand their power. They know how much influence they wield over Washington, DC, to be able to come out and make this joint kind of statement and say, listen, you get nothing from us until you get along. You don’t get your allowance until you guys can get along anymore. And they know that that’s going to work because these disgusting politicians are going to say, well, I can’t fight them anymore because I need, I have to have my Goldman Sachs money because I got an election in two years.

Mike Papantonio:             And this cabal of gangsters are now saying, well, we’re just going to dry up all the political money. It’s really rich comedy, if you think about it.

Farron Cousins:                  Well, and, and you know, they’ve been fine going along for the ride with environmental destruction, with our endless wars in the Middle East, you know, we’re killing civilians left and right overseas, they’re totally fine with that. But at least now we know, okay, there’s a line and that line is apparently armed insurrection in the Capitol. Anything short of that, they’re totally okay with the US doing.

Mike Papantonio:             Well, they can do it surgically. We’re going to go after the eight senators, for example, who didn’t want to certify the election. It doesn’t have to be this broad, ridiculous statement coming from a gaggle of thugs. That’s, that to me, I read this story, I go really? Let me run through this again.