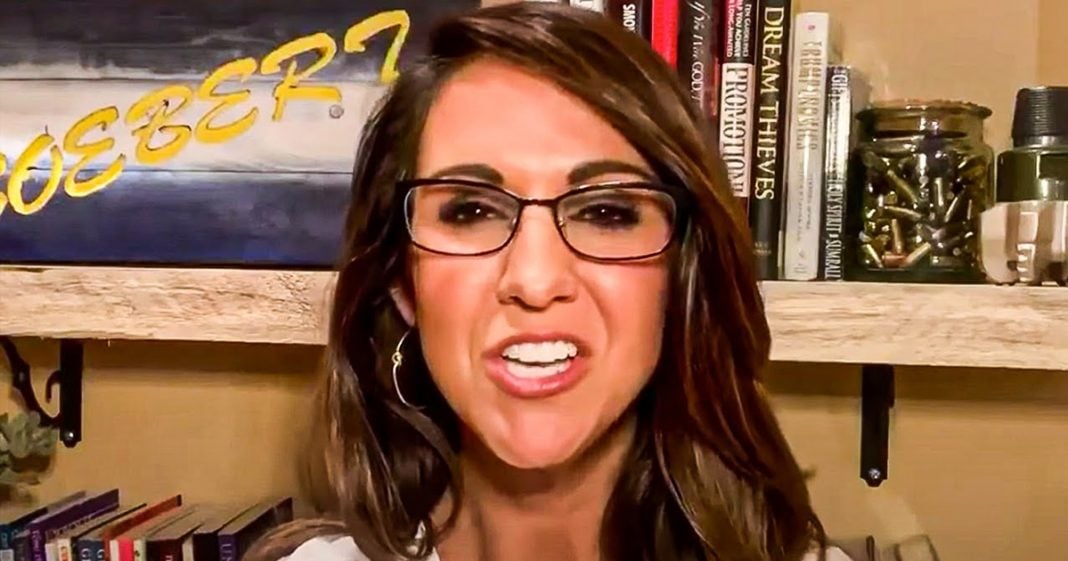 According to two Democratic members of the House of Representatives, freshman Republican Rep. Lauren Boebert personally gave a tour to a “large group” of individuals the day before the storming of the Capitol by fanatical Trump supporters. Boebert denies the allegations, and the matter is currently being investigated. But Boebert needs to realize this is the kind of mistrust that you sow when you embrace the dangerous fringe of the Party. Ring of Fire’s Farron Cousins discusses this.

According to democratic Congressman Steve Cohen and John Yarmuth, freshmen Republican Congresswoman Lauren Boebert on January 5th, the day before the storming of the Capitol, on January 5th, these two men say they personally saw freshmen Republican representative Lauren Boebert give a tour of the Capitol to a large group of individuals. Now they believe that these individuals may be some of the same people who ended up storming the Capitol the day before. Obviously that’s kind of the big scandal right now. For the record Boebert, says this did not happen. This is absolute lie, slanderous even what they’re saying. So she denies it completely. But these two men insist they saw it happen. So here’s what we’re working with right now. Obviously the big claims from the Democrats are that some Republicans, Boebert obviously among them, gave tours to the individuals the day before the insurrection.

And then they use that as kind of a reconnaissance mission. They laid it out, they made maps and we do know by the way, they did have maps, they did have schematics that they had drawn up. So how they got those, nobody knows. The Capitol’s been closed for a very, very, very long time due to COVID. So even if Boebert was just giving a tour to her friends, you know, they may not have even been insurrectionists, still breaking the rules because again, the Capitol’s closed because of, you know, the global pandemic. This matter is being investigated, but I hate to say it, I don’t trust these investigations. You know, I’m always a little bit leery about the fact that the Capitol had such lax security, that somebody could have been walking around with a group of individuals without anybody else noticing. Right?

Wouldn’t you think somebody else would have seen it? And I’m not defending her. And I’m not saying she didn’t do it. I’m just saying this whole thing is starting to me off to know how unsecure the Capitol was. It wouldn’t surprise me one bit to learn that Boebert had done this. This is exactly the kind of thing she wanted to do, or she would do, excuse me. You know, I mean, she’s the one who came in there and said, I know I’m not allowed to carry a gun, but I’m going to do it anyway because I’m a rebel and I need it for protection. And then when I actually need it for protection, I just disappear because I’m actually a coward. Again, totally, totally would not surprise me if she did this. But where is Capitol security? How was this individual allegedly allowed to bring in a large group of people while the Capitol is closed and only two people saw it and nobody’s leaked any kind of security footage yet? Doesn’t this all seem a little weird folks? I don’t know. I don’t even know what to make of it at this point. I trust Cohen and Yarmuth. I really do. If they said they saw her, I’m going to believe that they saw her. They have really no reason to lie about this.

I just want more answers. I, I, I guess, you know, that’s the, the part of me that loves law so much as I, I want the evidence. I want to be able to make that case, you know, without, without a doubt. We need the evidence and eye witness testimony isn’t exactly the strongest evidence you can come up with. So give me something more. If we don’t have security cameras in that Capitol, let’s get them. That seems like the smartest place to start. Let’s put cameras up. Hell, let’s put cameras up all over the Capitol. I’ve said this before, you know, and have it to where you can get on your computer and get on the live feed. Kind of like you can watch animals around the world at different zoos. That’s how transparent our politics should be. We should be able to just tune in and watch them at any time. Might prevent some corruption. And it also might reveal if certain members of Congress are in fact traitors.