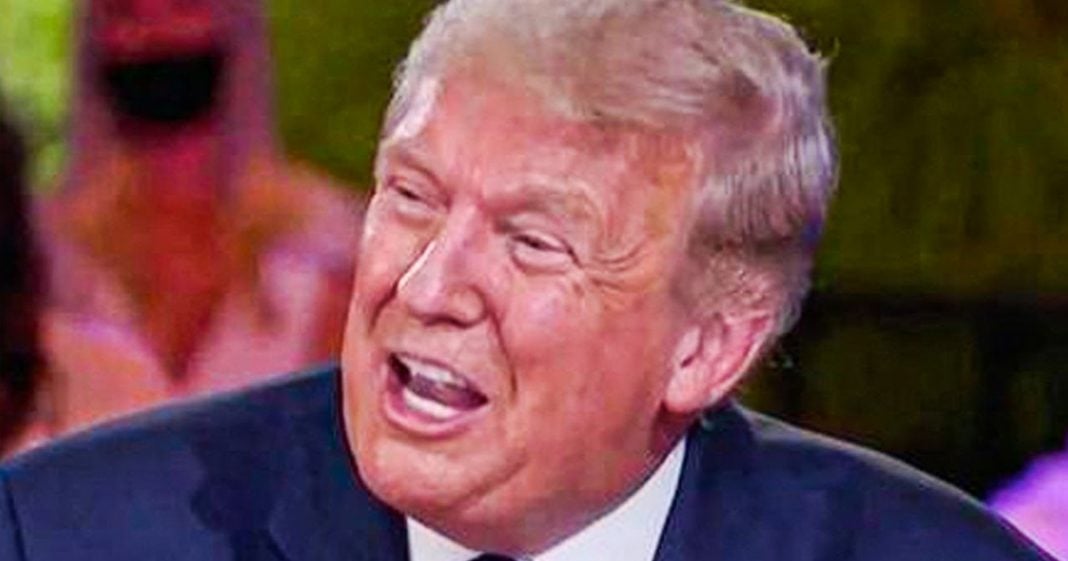 Today is Trump’s last full day in office, and reports say that the President is preparing to pardon or commute the sentences of upwards of 100 individuals today. While we do not have a clear picture of who these pardons and commutations will be for, it is unlikely that the President would ignore the pleas of some of his slimiest associates while he has the power to save them (and to have them owe him forever.) Ring of Fire’s Farron Cousins explains what’s happening.

Well, today is the day Donald Trump’s last full day in office as president of the United States. Tomorrow at noon, the guy is gone and we can expect close to 100 pardons/commutations today if reports are to be believed. That is what they’re saying is going to happen today on Tuesday. They’ve been saying it for a couple of days. We’re going to see upwards of a hundred different pardons and, or commutations. We don’t know how many of each, we don’t know who’s going to get them. Although aides have reported that they don’t recall seeing any self pardons in his giant stack of pardons. So I guess that’s a good thing, even though that doesn’t matter all that much, but here’s the thing. There are some good things that could happen today, and there are some really, truly horrible things that could happen today. Best thing that could happen is that he issues pardons for Julian Assange and Edward Snowden.

Also Chelsea Manning. Those individuals need to be pardoned. We need to move past that. We need to understand that what they did was, was actually a service to the United States. I don’t care your personal opinions of any of these individuals. That’s irrelevant. You know, I don’t care, well, Julian Assange isn’t a real journalist, nah, no shut up. They leaked information that the United States needed to know, that the public needed to know. We needed to be aware of the abuses of our government. And they’re the ones that pay the price for that? Hell no. Reality Winner is another one, by the way, that needs to be pardoned. So hopefully those four pardons are sitting in that stack. Hopefully what is not in that stack are pardons for any of the individuals who were involved in, in the January 6th insurrection. I will not stand for that. As millions of Americans will also not stand for this. Those individuals need to stand trial. They need to face justice. And if they can defend themselves, if they can actually say, look what I was doing, wasn’t really this, it wasn’t really that. Cool. Cool. If you could do that in a court of law, great on you. Right? Doubt you can, but you need to go through the justice system. You should not be given a presidential pardon for your actions.

Anything short of that, it might be annoying, but it’s not necessarily going to be dangerous. They have said, the aides have said, that there are some pardons in that stack that are, you know, criminal justice reform groups have been lobbying for. So that’s, that’s also another positive, but those insurrectionists, they should not be pardoned. It’s going to suck to watch him pardon other white collar criminals, because they’ve said there’s some of those in the stack. Sure, nothing we can do about that. And if that’s the worst we get, then I’ll take it. You know, we’re, we’re at a situation where he might actually pardon some truly dangerous, dangerous individuals who could go out there and cause harm to the country and to other people. Let’s hope that doesn’t happen. And as long as that doesn’t happen, we’re going to have to consider the rest of today to be a little bit of a victory. Might get some real victories with those four pardons I mentioned, Assange, Snowden, Manning, Winner, those would be great. Let’s just hope he doesn’t cause more damage with some other pardons though.