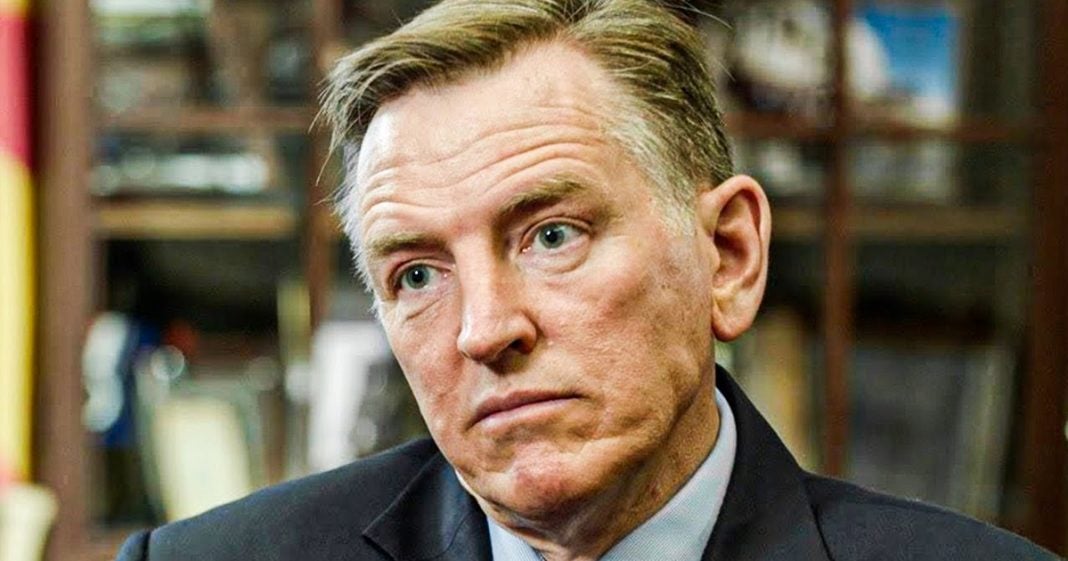 Republicans are facing lots of calls for removal if they supported the riot on Capitol Hill on January 6th, but one Republican is facing those calls coming from his own family tree. Republican Representative Paul Gosar’s siblings have now called for their brother to be removed from Congress over his extreme behavior, and Farron Cousins explains what’s happening.

Right now all of the Republicans who participated in the electoral challenges from the January 6th counting of the electoral college votes are facing calls to resign, to be expelled. Some of them facing calls at the moment to actually be investigated for other things they may have done related to the events of that week. But some of the calls sting a little bit more than others, right? It’s one thing to have people who don’t know you saying you should be expelled. It’s another to have your coworkers and your colleagues in the House, calling for your expulsion. And then it’s a completely different animal, a much more dangerous and sad animal, when members of your own family go on TV saying you should be expelled from Congress, but that is exactly what happened at the end of last week with Republican representative Paul Gosar.

You see, Gosar not only objected to the electoral college counts based on fraudulent premises, but he also, according to Ali Alexander, one of the founders of the stop the steal movement, helped coordinate the whole thing. Helped coordinate the rally, help, helped make it happen. He was one of the folks involved in that action. And as such his two siblings, Jennifer Gosar and Tim Gosar, appeared on CNN last week to basically verbally beat the hell out of their brother for being such a nut job. Jennifer Gosar had this to say, the message to my brother is that, you know, he must resign if not be expelled from Congress, the point in time to reach my brother, I think that’s been passed. I know that at this point, the most that we can do as citizens, as constituents as the public demand that members of Congress involved be held accountable and that includes expulsion. To my brother, I think the time is up. It’s time to acknowledge the hurt and the hate.

Her brother, Tim went a little further. This has been a pattern of conduct for as long as Paul has been a politician, Tim Gosar says, I would harken people back to the start of his congressional career, where he was a birther. Where he was saying that president Obama was an illegitimate president and not a US citizen. He called the Pope a leftist politician. In 2016, when president Trump won, he said, elections have consequences. Get over it. In 2017, he said that George Soros was a Nazi sympathizer and gave up his people to the Nazis. So, and some of these by the way, are things that, you know, we had forgotten happened with, with representative Gosar here, but his, his siblings are right. The dudes a nut. I mean, they didn’t come out and say that, but their little summaries here say that, you know, sometimes you can say something without actually having to say something. And that is exactly what they did.

They said, listen, um, tweenst me and you here, my brother’s a little weird. He shouldn’t be in Congress. They’re just doing it far more diplomatically than I would, if one of my siblings found themselves in Congress and proceeded to lose their minds. But this is the thing, folks. I know we, we laugh about this. We joke about this, but this dude is actually an actual member of the US House of Representatives. He is a lawmaker. He has power and authority and he’s also bat shit crazy. We have to stop this. We have to prevent people from, like Paul Gosar or, or Lauren Boebert or Marjorie Taylor Greene, hell, even your Jim Jordans and your Matt Gaetzs. We’ve got to prevent these kinds of people from being able to hold positions of power, because they are using those positions to spread propaganda, to sow doubt in our entire electoral process and to otherwise cause chaos in the halls of Congress, rather than going there to actually represent a group of hu, of human beings to help them. Yeah, that is so far past that they don’t even remember that’s actually why they went to Congress. But we need to get back to that, but we’re not going to be able to do it with people like Gosar in there.