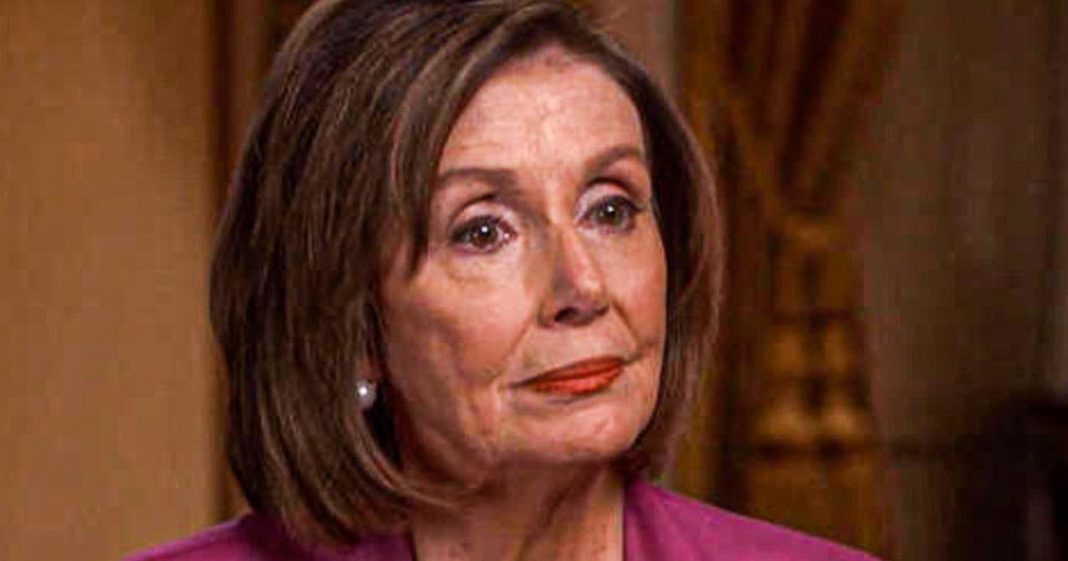 Following the January 6th attack on the Capitol, tighter security measures were put in place, including a new metal detector. But Republican snowflakes are apparently unhappy with this measure, and they have been skipping the metal detector without punishment. Not anymore. Nancy Pelosi has said that any member who skips the detector will now be fine $5,000 for the first offense and then $10,000 for the second. Ring of Fire’s Farron Cousins explains what’s happening.

Following the January 6th attack on the Capitol, Congress decided to put in some new safety measures to try to protect members of Congress from something like this happening again in the future. One of the things they did, which kind of shocking this wasn’t already a thing that they did, is they installed metal detector. Again, why was this not already a thing? Like you walk into any court house in the country, you know, a federal building, there’s a metal detector. Republican lawmakers have had advocated putting metal detectors in schools. You know, you walk into Disney world, you got to go through a metal detector. And in many cases, a metal detector and a pat-down just to go on splash mountain, but we didn’t have one for Congress, but now we do so, okay. You know, nice to know we’re finally catching up with the security of Disneyland, but nevertheless, Republicans don’t want to walk through the metal detector.

Because you have Republican nimrod’s like Republican representative Lauren Boebert, who wants to bring her gun into Congress. Made an ad shortly before she got to DC saying she was going to carry her gun into Congress. And then on January 6th were, hey, hey, that may, gun may have come in handy to get some people to back off you. Yeah, you were nowhere to be found. So your whole argument for wanting to bring it to the floor of Congress, you already proved that that’s not true. But nevertheless, in the few days that Congress was in session, after these metal detectors were installed, you had Republicans going around them. You know, not complying walking straight through, even if it goes off not stopping and nothing was done to them because apparently security in the Capitol is still a complete joke. So Nancy Pelosi finally decided to hit these Republicans where it hurts, their wallets. Because the only thing these people know is money.

Only thing these people know about is money. They don’t know money. They’re very bad at money, but they know what money is and they know the more of it they have the better they think they are. So what she has done is when Congress reconvenes on the 21st, if you skip that metal detector, the first fine is going to be $5,000. The second time you skip that metal detector, you were going to get fined $10,000. And these amounts are going to be withheld from your congressional salary. I don’t know what happens after the third time, but I would think at the third time, she should be able to bring you up for a vote, a vote for expulsion and fine you at least another $10,000. The story here doesn’t mention what happens after a third time because I’m assuming she probably thinks, oh, well they’ll learn their lesson after that. There’s no need to plan ahead.

They won’t, they’ll continue to skip it, you can fine them and then they’ll go on Fox news or Newsmax or One American News and they’ll whine about the fact that you’re stealing their money. Then Republicans are going to get pissed off you. And then around and around and around we’re going to go and the whole reason for any of this will be lost in the shuffle. And that’s exactly what Republicans want. That’s what they want. They want a reason to get the public to be pissed off at Nancy Pelosi, that doesn’t involve her, you know, enacting policy. Just hate her as a human being because if they actually looked at her policies, they’d realize, hey, Nancy Pelosi’s an awesome Republican, but they need the hate. They need the division and that’s what they’re going to do. They’re going to use these fines as a way to get the public to hate her more and to obscure the fact that these fines exist because the metal detectors now exist because Republicans helped to incite a riot inside the nation’s Capitol.