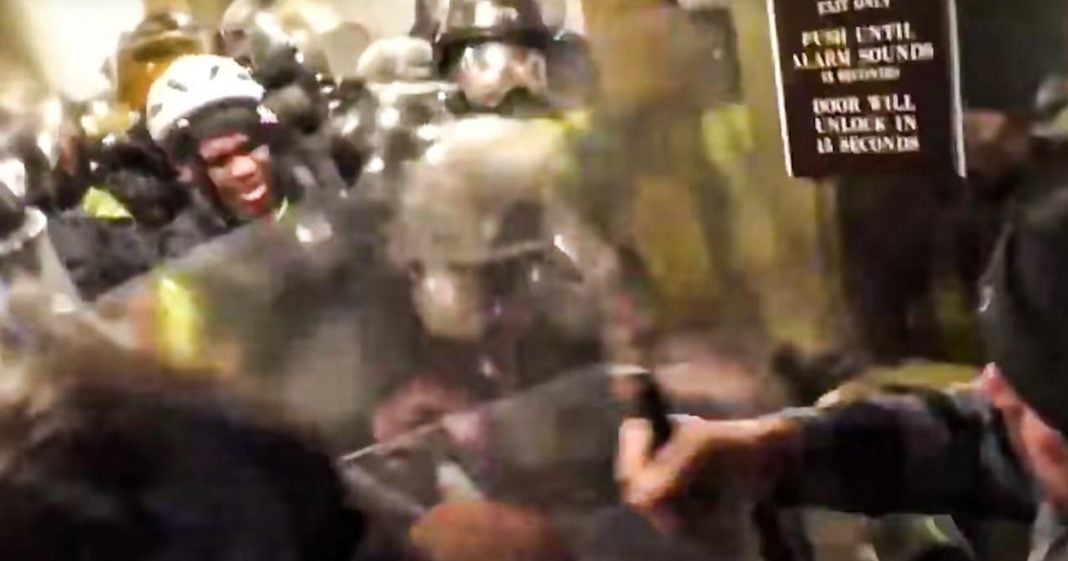 A shocking new report this week revealed that an arm of the Republican Attorneys General Association actually sent out robocalls encouraging Republicans to show up and march on the Capitol on January 6th. The rot in the GOP goes all the way to the top, and there is no way to separate the insurrection from the rest of the Party. They own this, and they all need to be held accountable, as Ring of Fire’s Farron Cousins explains.

According to a shocking new report this week, a Republican attorney General’s association actually made robo calls, encouraging Republicans to show up on the Capitol on January 6th. So yes, an official arm of Republicans here in the United States and official arm of the Republican attorney generals association called Republicans telling them to go to the Capitol. Here’s what the robo call said. At 1:00 PM. We will March to the Capitol building and call on Congress to stop the steel. We’re hoping Patriots. Like you will join us to continue to fight, to protect the integrity of our elections. That is from the actual robo call sent out by an official Republican organization. Folks, the rot is all the way at the top. It ain’t just Trump. It’s not just Trump and Cruz and Holly and Gates and Jordan. And it’s the whole party. I don’t care if you’ve condemned this.

I don’t care if you said this. Isn’t my Republican bar. Nope, it’s the whole party. If you’re a Republican, you’re a part of this. Now that’s the way this goes. This is what your party stands for. This is what your party believes. And this is what your party. We now know encouraged. There is no separation anymore. There’s not good Republicans and bad Republicans. There’s one group. And they’re all a part of this. I don’t care. I’m sure some people are thinking, well, no, you can’t lump them all like a bull bull. I can. I will. I did. I have. And I’m not gonna make any apologies for that. This party is completely Rodan. This Republican party in the United States is on salvageable. It needs to be gone. I don’t know what that means for the future of American politics. We need more than just two parties.

We need multiple parties. We need a plethora of parties. We need to abolish the electoral college. But by God, there is wrought in the American political system. And most of it is coming from the GOP side. Everything has to be redone. Everything has to be remade because what we have now is unsustainable. If something is not done, it is going to get worse. We we’ve seen that. Just like with Trump, nothing was done. Things got worse. We have to, as a country, if we want to continue to exist, we cannot live with this system in place that we have now, because part of the system is okay with insurrection. I don’t know about you, but to me, kind of a good sign, that things aren’t working properly and that something dramatic has to change. You cannot have one party that’s Oh yeah. We don’t know what’s on. We don’t know where we stand. And another party that says let’s overthrow the whole government. No, that’s not a functioning country at all. Something has to be done. But one thing is for certain, the rot in the Republican party goes through the entire thing. It didn’t start with Trump and it sure as hell isn’t going to end when he’s out of office.