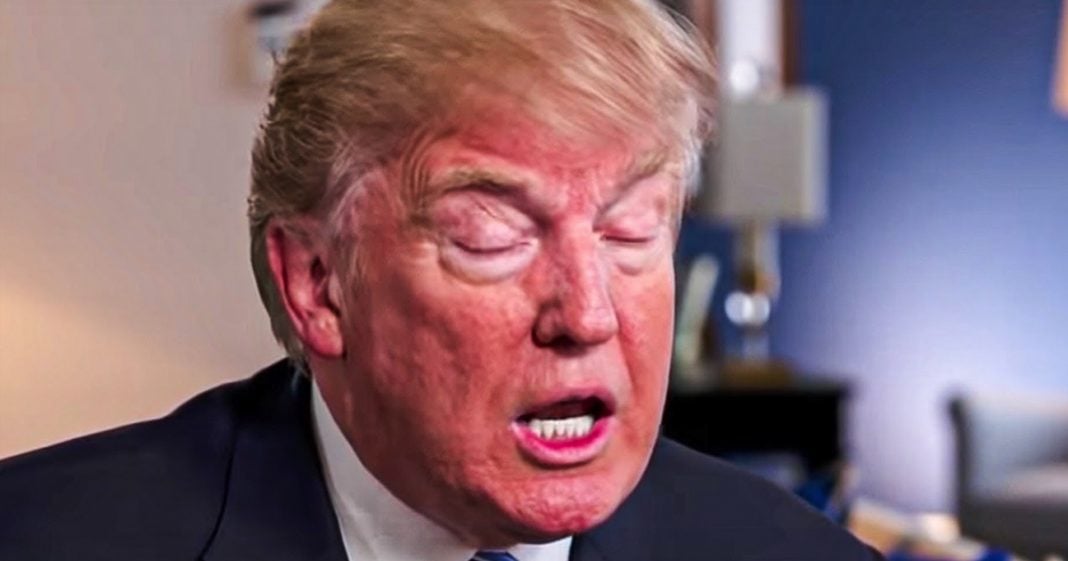 According to a new poll from ABC News / Ipsos, most Americans actually want to see Donald Trump removed from office BEFORE his term is over. The majority might be small, but it is a majority nonetheless, and it shows the growing anger and hostility that the public has towards Donald Trump. The Republican Party would do well to pay attention to these polls, as Ring of Fire’s Farron Cousins explains.

According to the latest poll from ABC news and hip sauce. 56% of Americans, a majority, not a huge majority, but it’s a majority. Nevertheless, majority believe that Donald Trump should be removed from office before his term ends at noon Eastern on January 20th, 56% of Americans want him out before that. That is why all this talk of impeaching him a second time has been so important. It’s not just a matter of Democrats getting in a couple more shots at Trump. It’s not just about hahaha. You’re the first guy to be impeached twice. Now it’s about actually doing this time, what the public wants them to do. That’s why all of this is so important. Here’s what gets me about all this though, as I said, during the last impeachment, by the way, and it’s so weird to be like the last impeachment. It’s almost becoming a tradition.

A every January it’s impeach Trump time. Nevertheless, uh, Republicans could have been the heroes, like Republicans absolutely could have solidified their power. Had they just come out knowing that Donald Trump never broke 50% approval rating in four years as president, they could have been the ones to be like, all right, you know what? 25th amendment, we got this handled Democrats, you go take a seat. We recognize the danger here. And we’re going to get rid of the guy. He’s our party. He’s our mess. And we’ve dealt with it. Y’all wouldn’t do that. But we did because we’re strong enough to look inside and see something’s wrong. Take care of it. And we did that.

So all they had to do by the way, and the public would have eaten that crap up. They absolutely would have eaten it up like candy and the Republicans could have pulled out probably a major victory this past November had they done that, but they didn’t. Same thing holds true right now. Republicans are literally on their knees begging, begging Democrats. Please don’t impeach him again. Oh my Brendan. And I don’t want him impeached again. I don’t want to have to vote. Yeah. Oh well, should have thought of that. Before you supported the guy who supported an insurrection in the Capitol, people are demanding answers. People want to know what in the hell has taken place so far in 2021 that got us to this ridiculous point. And you know what? Every day that man remains president is a threat to the United States. He still has access to the nuclear weapons and there’s no checks on that. There’s no checks on that. Yo, as plenty of people on social media pointed out health, Facebook and Twitter held Trump accountable before Congress did. He’s not allowed to tweet what he’s allowed to nuke us.

That’s a problem though. She’s kind to see why that wouldn’t be a smart idea. The guy’s too dangerous to tweet, but not too dangerous to send a nuke over and kill a million people in 20 seconds. Something’s wrong with that system. And it needs to be changed and not just for Trump, but for every president, we need more accountability for who is sitting in the oval office, regardless of it’s a Republican or a Democrat. And that is what all of this taught us. No party should sit idly by, as a president is going insane in real time that we can watch with our own eyes. The public saw it and the public reacted. And that’s what this poll shows us. They reacted to it. They said, Oh my God, this is horrible. Meanwhile, members of Congress like, huh? You think we should do something? Yeah, that’s not. Wow. That’s pretty bad. Yikes. Yeah. That’s not an appropriate response. Get him out of office because every day he, it sits, there is a day that none of us really, when you think about it are safe.