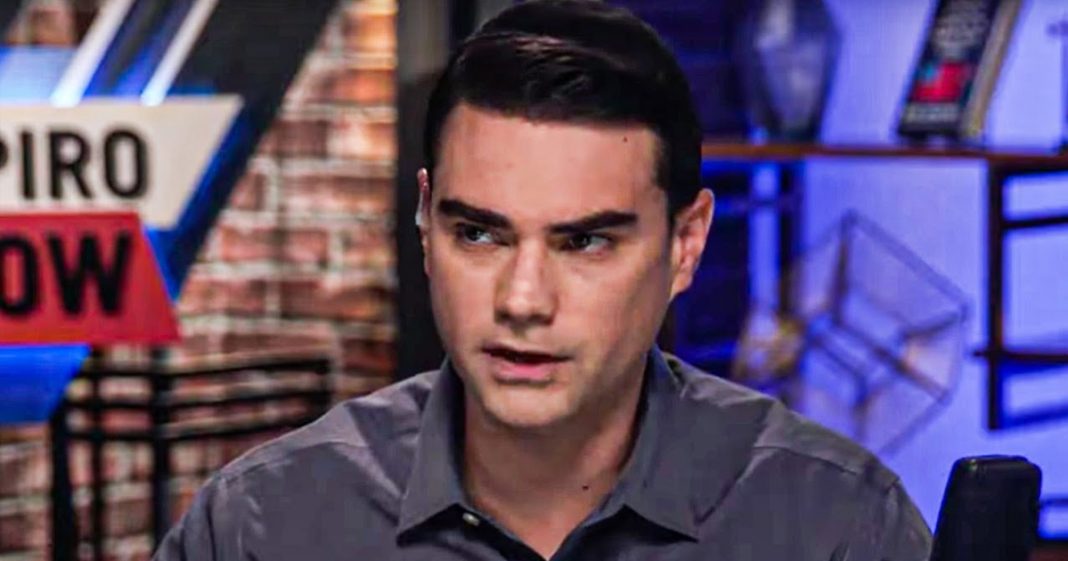 Cumulus Media, the group that owns 416 radio stations across the country, warned their hosts this week that if they do not stop spreading conspiracy theories about the election, they may lose their ability to broadcast on their network. Popular hosts on this network include Mark Levin, Dan Bongino, and Ben Shapiro. Conservatives are finally starting to feel the consequences of their actions, as Ring of Fire’s Farron Cousins explains.

Some right wing radio hosts might find themselves without a radio show. If they do not stop promoting election theft, conspiracy theories. Now that’s not just my opinion on that. That’s actually the message that Cumulus media sent to their right wing radio hosts. This week. Now Cumulus owns 416 radio stations in 83 different regions across the country. It is absolutely one of the biggest radio networks here in the United States and popular conservative talkers on Cumulus media include Mark Levin, Ben Shapiro and Dan Bongino. And I guess all of them, uh, since they all got this warning have been promoting these conspiracy theories. Now I haven’t followed too much with Ben Shapiro or Mark Levin. So I don’t know if they have been promoting it, but I do know Dan Bongino certainly has, even though the dude blocked me on Twitter preemptively about two years ago before I had ever even uttered his name anywhere.

Um, Dan Bongino has been one of the most outspoken, um, talkers on the right, I guess you would call him saying that this election was somehow stolen from Donald Trump. Now will Cumulus actually follow through on this? I mean, these are big moneymakers for them, right? These are hugely popular shows. You know, they, they bring in lots of advertising dollars, but maybe that’s what they’re scared of. We are witnessing right now for the first time, these major corporations starting to come out and say, listen, I’m not going to support these Republicans. We just had an event here in the United States last week that fundamentally may have changed the way this country even operates. And I don’t think Republicans are grasping the severity of that. When you have the major banks, you know, JP Morgan city group, all of them coming out saying we’re not giving money to [inaudible], that’s a big deal.

Uh, you shouldn’t give money to anybody. To be honest, we should get all corporate money out of politics. But nevertheless, corporations are starting to feel the heat of their associations with these Republicans. And they understand that if they don’t do something about it, it is going to come back to hurting them. And that’s what Cumulus is feeling to stop spreading the conspiracy theories about the election. And we won’t have any problems. Con Cumulus says we have no problems with the other hate and division that you routinely sell on your shows. No, no, no, no. It’s just, you know, the ones that may incite a re an insurrection here in the United States, that’s what we got a problem with insure, you know, like I’ve said in the past, that’s a good line to have, right? You know, you’ve got to draw a line in the sand somewhere.

It’d be great if the line was a little further back, but Hey, that leads, now we know where it is. Will these talkers comply? Probably they like their jobs. They like the money that comes along with it, but they could face some conservative backlash if they stopped promoting these lies. Then again has Sidney Powell has seen, uh, they may also face some defamation lawsuits if they continue promoting these lies. So kind of a lose lose for these conservative talkers. You have to give up your big claim to fame, which is, Oh, the election was stolen tune in tomorrow for more news on it, or lose your show and possibly face a very expensive defamation lawsuit. It’s a lose lose for these individuals. And honestly they deserve every second of it.