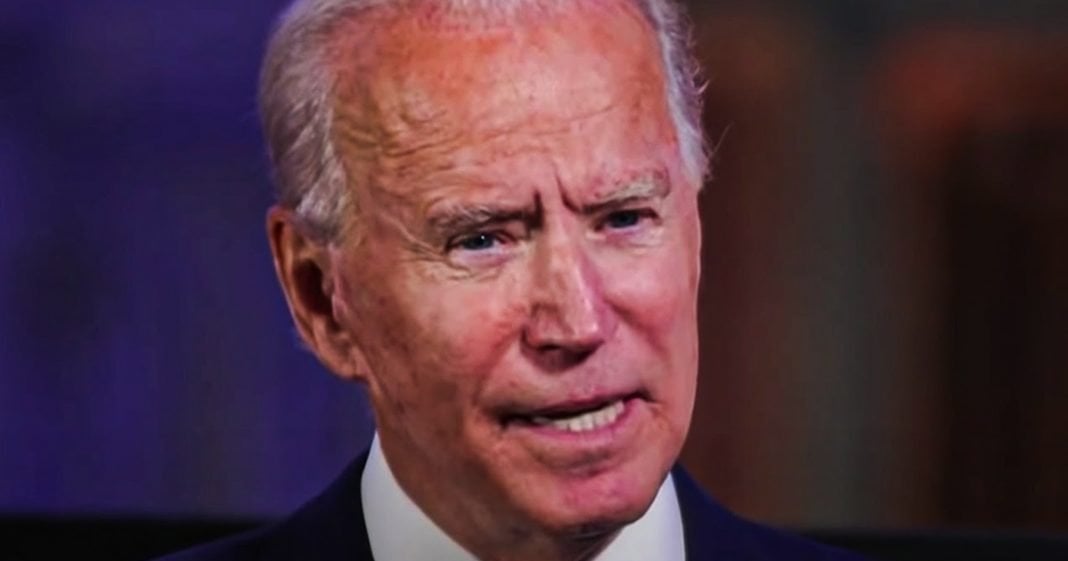 President-elect Joe Biden still believes that he can work with Republicans, but after the events of the past week and a half it is clear that these individuals only care about their own self-preservation and not the American public. Therefore, Biden should not entertain as serious any requests they put forward or any concerns they may have. They have abdicated their responsibilities and should be treated as such. Ring of Fire’s Farron Cousins discusses this.

Joe Biden still believes that he is going to be able to work alongside Republicans. Once he gets to Washington, DC, that thought needs to leave his head immediately. I don’t know. Who’s advising him. I don’t know whose advice he is taking on this, you know, is it, is it Camila telling him this? Because I don’t think it would be. I mean, she is a very tough individual. She understands who she can and cannot work with, you know, in terms of their personality. So I don’t think she’s the one telling him this. So there has to be some kind of staff, or I’m assuming a chief of staff, hell, maybe even a family member whispering in Biden’s ear. Like, Hey, let’s be nice to everybody. You saw how gross it was. Be nice. You cannot work with these Republicans. And I’m not saying that as a, Oh, you can’t work with him please. Don’t no, no I’m telling you they will not work with you. We have seen just the last seven days. I mean, let alone the last 12 years, but let’s just go back seven frigging days, man.

You have seen what these Republicans do rather than owning up to the fact that they were supporting a fascist who did fascist things. They tried to blame it on the left instead, after seeing the consequences of their actions, they still went into that joint session of Congress and said, I am going to vote to object to these. Even though you have no evidence of voter fraud, I’m still going to claim there’s there. And then there’s that you still have that one member of Congress, a Bo Burt who was tweeting out Nancy Pelosi’s location during the siege of the Capitol. And you mean to tell me, you think you’re still gonna work with these individuals? You think you’re still going to be able to get something going with them?

No, I don’t even care at this point, if they are willing to sit down and work with you, this is all you should after them. Just, just that, just a big hole right there for them, because that’s what they deserve. They deserve to be shut out of the conversations. They deserve to be shut out of the decision making processes and they deserve to actually be kicked out of the house and the Senate not coddled by a president who says we have to have unity. There is not going to be unity with these people. Joe they’re already well before parlor was taken down and they were over there talking about, we need to go murder Biden supporters and their children.

They don’t want us to work with them either. They don’t want to work with us. And I know those are the extreme ones, but as long as those members in Congress support these individuals, egg on these individuals and encourage them, then no, they don’t get a seat at the table. They don’t get to be a part of any of these processes. They’re done. They have abdicated their responsibilities. They have abdicated. Their oath of office do not work with them. I am telling you this as a progressive, as somebody who’s much further left than Joe Biden could ever hope to be. If you work with them, you will get humiliated and you will deserve it. There is plenty of us over here on the left, willing to work with you on issues, willing to help you willing to advise if we needed to, but we keep getting shut out and keeping told we got to reach across the aisle. Now you got to mend the fences on your own side before you should even give a what a single Republican in Congress thinks.