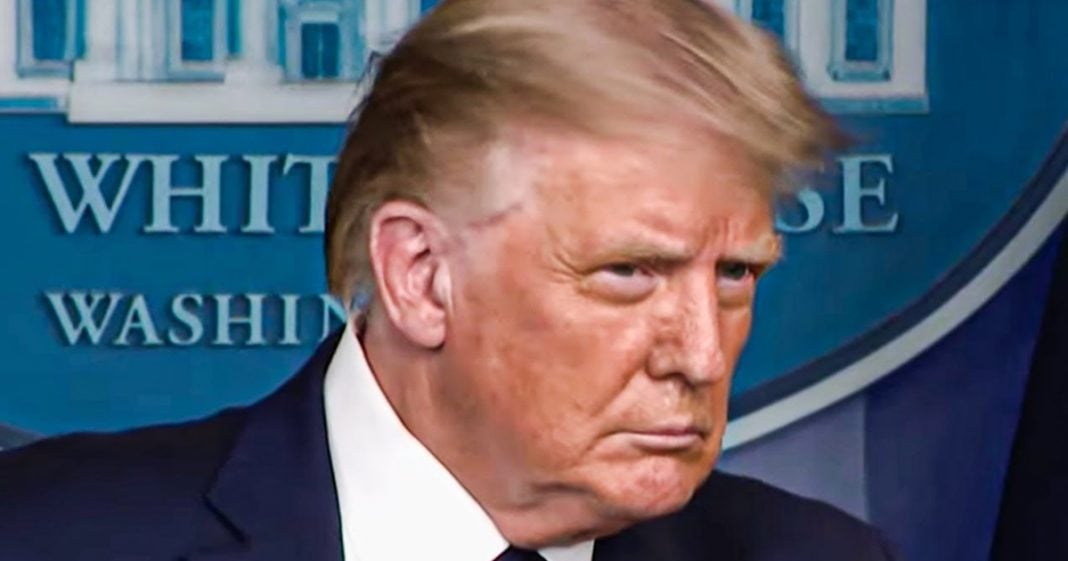 Republican lawmakers in the House are facing claims that they actually gave reconnaissance tours to Trump supporters on the day before the Capitol attack, and they could be facing a major investigation. The people who entered the Capitol knew where to go, and they even had detailed maps and schematics that they show in videos while talking about their “plan.” Ring of Fire’s Farron Cousins explains what’s happening.

The day before the siege on the Capitol by a craze, Trump supporters, democratic representative, Mike Sheryl from New Jersey says that he witnessed, he personally witnessed Republican members of Congress giving tours to Trump supporters. Those tours happen on January 5th and Cheryl has now cloud, uh, well, not classified, but he is describing those tours as reconnaissance tours. Other democratic members of the house of representatives are echoing. The sentiments, uh, videos are now emerging from some of the people who sieged the Capitol, uh, showing that they had blueprints, you know, they had very detailed maps drawn out of where to go. And all of that, it is becoming increasingly clear and the Democrats are now calling for a massive investigation, that there was some help that these protesters absolutely had to have had some help. And that help likely came as Ali Alexander said, and are now deleted video, uh, from members of Congress because Alexander one of the organizers of this little rally as he still calls it, um, he said he had three, three Republican lawmakers who were helping him helping him plan it, helping him get it off the ground. And now we have eye witness reports of Republicans giving tours to Trump fans of the Capitol at a time when the Capitol is closed off to the public, those a human being should not have been allowed in that building on January 5th to take these little reconnaissance tours, something happened, what the hell is going on.

That is a question every single one of us deserves an answer to. And if any of these Republican members of Congress did in fact give tours, not only should they be expelled from office, that’s a given prison. That is the only acceptable end to that story is prison time. And I’m not talking about three, six months. I’m talking about five to 10, at least at a minimum five to 10 is what needs to happen to these indivi individuals who essentially at this point, committed treason, giving aid and comfort to the enemies of the United States. And I would classify somebody breaking into the United States Capitol with the intent to kidnap injure or worse sitting members of Congress, because you don’t like our democratic process. Yeah. Giving comfort in aid to those people that would be classified as treason and serving only five to 10 years in prison for trees in is relatively light because we all know what the penalty for trees and actually is. We all know it doesn’t even need to be said, but that is very clear in us law. One of the few instances where that is specifically, you do this, we’ll do this to you. I am not calling for that for these lawmakers, but I am calling for a massive investigation to find out what the hell happened. Because from the looks of it at this point seems pretty obvious that we have some traders on the Republican side of the aisle, in the us house of representatives.