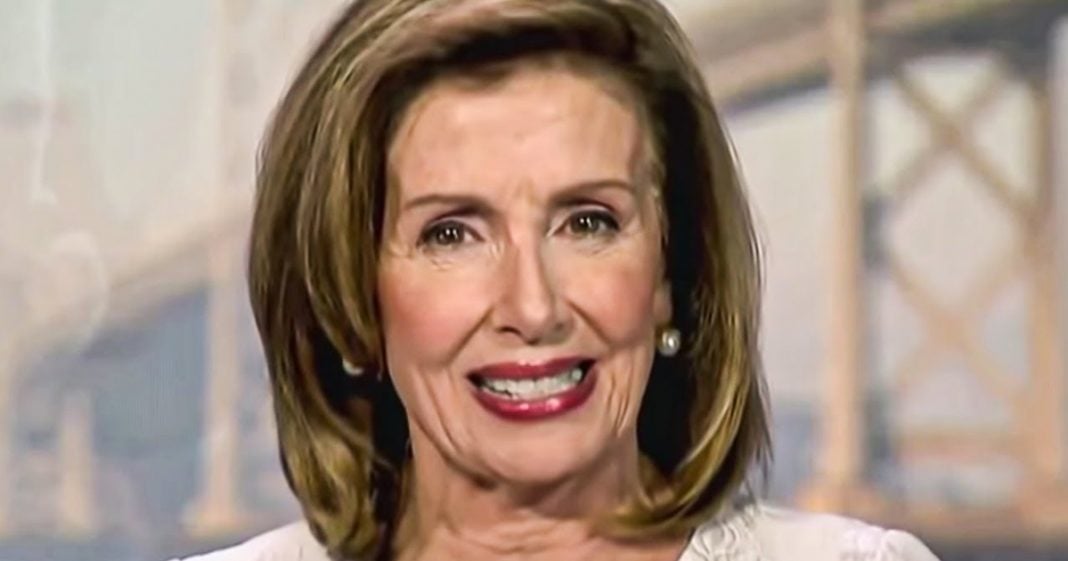 For weeks, Democrats have been talking about getting Americans $2,000 stimulus checks. They ran major campaigns in Georgia that said the election would decided whether $2,000 checks would come, and both Joe Biden and Kamala Harris said that we need “$2,000 checks.” And now they are backing down for literally no reason. They are now saying that they want to send us $1,400 checks, so when you add your last stimulus it would equal $2,000. Ring of Fire’s Farron Cousins discusses what’s happening.

Remember that big a runoff election we just had in Georgia, where Democrats were telling, uh, not just the voters in Georgia, but the rest of us that are $2,000 stimulus checks dependent on what happened in that runoff. If Democrats win, we get the $2,000 stimulus checks. If they don’t probably not getting those checks, both Joe Biden, the president elect and Kamala Harris, the vice president elect have been telling us via Twitter and via media appearances that they were going to make sure Americans got $2,000. All are checks. And then suddenly yesterday, the 2000 idea went away. Uh, no, no, no. They said we, we never, never meant $2,000 checks. No, that would be absurd. What we meant was a $1,400 check to pair with your $600 check that now gives you $2,000 dollars. That’s what we mean.

The democratic party out of nowhere decides, you know what? Let’s just not do what we said we were going to do. Let’s just do it less. Let’s just negotiate with ourselves for no effing reason. And that’s the part that gets me the most. There was no reason. There was no reason they, they, they didn’t have to do this. They didn’t have to come out and say, no. Okay. I’ll tell you what, $1,400. If you still have your 600, you put them together and make a little sandwich of $2,000 checks. I honest to God y’all could have come out and said, you know what? It’s going to be $3,000 checks. What are you going to do? Publicans where are you going to do nothing? That’s what you’re going to do. The money is there. You have the money. You just don’t want people to understand that the government’s capable of doing these things. And that’s the thing. The rest of us have to start understanding about this. It’s not because they don’t have the money. It’s not because they’re worried about the deficit. It’s because they don’t want us to understand that they are capable of doing this because then need anytime. From this point forward, we fall in a hardship. We understand the government could help us. The government could step in and, and do this and protect us and actually just straight up, give us money.

And they don’t want us to know that they are essentially holding us down because that’s what this is. At this point, we just went from the Republicans being the one to wants to hold us down too. Apparently now the Democrats are going to do it. I did not have high hopes for this administration. Nothing will fundamentally change. We know that, uh, that he has admitted that Biden admitted that. But, but here we are before they even take office and they’re already negotiating downwards with, but themselves, that’s a level of idiotic, cowardice that I don’t know that I’ve ever seen from the Democrats. Like, Hey, you have the authority and the power and the ability to do all of these things. Cool. Uh, I’m gonna do half of them. Cause you know, I just don’t want to people off. Okay. Nobody’s going to be off because these are all good things you’re going to do for people.

Yeah. I just, nah. Yeah. That’s the democratic party we’re dealing with. Yeah. Trump’s going to be gone in a couple of days. That is super cool and wonderful. Cool, great. Yeah. Uh, but don’t think for a second that the next four years are going to be some kind of wonderful utopia. We’re going to have to fight like hell, just like we did during the Trump years. And in fact, we may have to fight even harder this time. You know why? Because we’re fighting our own side and yeah, those fights get a little uglier. They get a little messier, they get a little meaner, but their fights that have to happen because we are already witnessing right now, this democratic leadership backtrack on the promises they have been making to us for months, they won an election, they won two elections. They won back control of the Senate on that level. I hold them accountable for it or else it’s really going to come back to bite us.