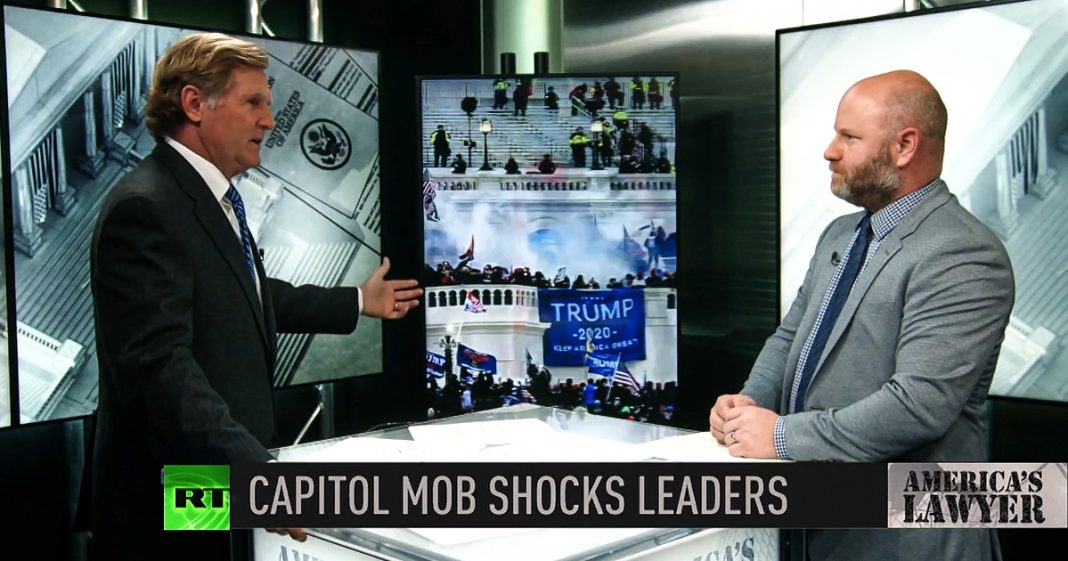 Via America’s Lawyer: Last week’s violent mob at the Capitol stunned not only Americans, but world leaders across the globe. Mike Papantonio & Farron Cousins discuss more.

Mike Papantonio:             Foreign leaders watched as the United States Capitol was raided last week with a mix of horror and familiarity with some of the thought that the scene kind of looked like what the US has done in other countries. I have Farron Cousins joining me now to talk about it. You know, Farron as I look at this story that it’s, it’s, it’s jumped out virtually in every story I’ve read on this and that is, does this cost the CIA some pause? I mean, you know, it’s not like this is new to the CIA, the American public gets a look at what we’ve done really all over the globe. Isn’t that.

Farron Cousins:                  It is, and I mean, as shocking as it was for us to see that here in the United States, there are plenty of countries, you know, Venezuela, Bolivia, Brazil who watched this and they thought, yeah, I’ve seen this before. I, I’ve seen, I’ve seen this episode play out. This is what you did down here. And, and again, we’ve had very recent episodes of, of the US going in and, you know, doing these, I guess you’d call them covert ops. Although they’re more over it than that, you know, for regime change without having to start a war.

Mike Papantonio:             Yeah. I would say, I would say the murder of Allende was pretty overt. But it is kind of, the CIA right now the thing that keeps coming up is we’re saying, okay, well, this happened to us. Nobody has ever dreamed it would happen to us, but let’s look at how we foment that problem around, really around the globe. But I’ll tell you the bothersome thing is when you have some, some really respectable world leaders looking at this, and they’re saying, look, this is deliberate what you did, Trump. You knew exactly what you were fomenting when you did this. When you come steal the election, when that whole thing started, you knew it, you drove it. You got people from all the coast, West coast over here to do this. And the world leaders are saying, you know, what you’ve done is you have, you’ve undermined democracy. The one place in the world where we look to for stable democracy, you’ve undermined that.

Farron Cousins:                  Right. And they’re also worried, reports have been out for the last few weeks that other world leaders are worried that their populations are going to, you know, possibly do the same thing. They’re worried that their citizens aren’t going to think their elections are legitimate. So it does create this, you know, sense of instability, at least among these foreign leaders. But, you know, the, the, the big problem here is that we cannot risk further alienating our allies at this point. We don’t want them looking over to us like some kind of, you know, a bastard child that can’t keep themselves in line and right now that is how they’re looking at us. And we need these people. We need them for trade. We need them for security and intelligence and just, you know, general getting along and working together for a common goal, environmental issues. We have to have these allies and we alienate them further with scenes like this.

Mike Papantonio:             Well, isn’t that the idea of the UN? I mean, we have the UN because if we have conflict worldwide, we need consensus building. If we have environmental issues, that to, to solve the environmental problems we’re faced with, we need consensus and this does everything to destroy that. But the most powerful thing, the most powerful thing is when the world leaders are saying, look Trump, we know what you did. Okay. It, it’s well beyond just the face of this story.