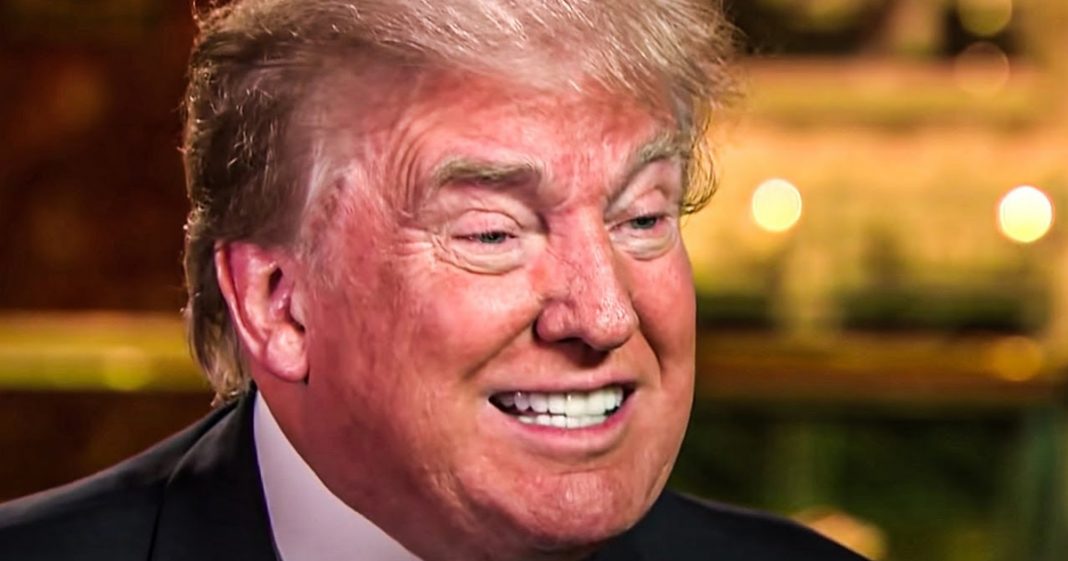 Donald Trump not only made history as one of only a handful of presidents to win the electoral college but lose the popular vote, he is also now the first president to be impeached twice. And although the ability to remove him from office is being blocked by McConnell, it is important to realize that this man has repeatedly made history for some of the worst moments of his presidential career. Ring of Fire’s Farron Cousins discusses this.

Well, folks, as everybody knows by now, we’ve already talked about it several times today. Donald Trump is officially the first president in the history of the United States to ever be impeached twice. Now, thus far based on what Mitch McConnell has said, he looks like he’s also going to be the first president to be impeached twice, but not really removed twice, but it got me thinking, you know, the history of this, the historical events that we have lived through and just the last third, 18 months, just the last 13 months, it’s exhausting, to be honest, I’m not going to lie. It is exhausting, but history is going to look back at these last 13 months. And yes, it will all be in history books and Donald Trump multiple times throughout those 13 months will be mentioned for making history, but in quite possibly the worst way imaginable. So let’s take it. [inaudible]

beginning of January, 2020, we were all optimistic. We didn’t know what 2020 had in store for us and my God. We wouldn’t have believed anybody had. They told us, but starting off at the beginning of January of 2020, uh, we had the impeachment hearings taking place. And then of course, as the month dragged on Donald Trump’s first impeachment, uh, becoming the third president in the history of the United States actually be impeached. That was a big deal. That was making history again in a horrible way. For Trump, he made history, phew. Later the pandemic hit us and it hit us hard. And Donald Trump, once again made history, he made history by going out on television every single day and lying to us and telling us that things were okay. And that things aren’t as bad as the media wants you to think. And that the doctors are overreacting to things and that we should all be okay and everything will be back to normal by Easter.

Sure. Remember that? Do you remember that? Yeah. Um, we’re about to hit the Easter season 2021. Yeah. And we’re not even close to being back to normal folks. We’re actually worse than ever. I mean, is anybody still actually paying attention to how many people are dying every day? We’re up to 4,000 per day. No things are not dying off. The only thing dying off is the American public things are worse than ever. Now. Even as the vaccine rolls out here in my state of Florida, they won’t let you get the vaccine, unless you’re over the age of 65 or a frontline worker, we have, uh, our governor, Ron DeSantis actually just opened up all the Publix grocery stores here. Their pharmacies can now give out the vaccines, but only if you meet those criteria, so what’s happening. They just have empty appointment slots. They just have vaccines there because our governor issued an executive order that bans people like me.

Like, I can’t go get a vaccine, even though there’s appointments and vaccines available. I can’t have it. And I know that because I was able to make an appointment and I went there yeah. Yesterday. And he said, no, you don’t meet the criteria. I’m not taking it from somebody else. They have it there. The demand isn’t there in my little small town, but because my governor’s a right wing moron, I got denied. That’s fun. So that’s another historic event that Donald Trump brought us the mismanagement of the global pandemic. Then of course you had his historic election loss. Oh, yay. He made history getting more votes than any Republican ever, but he became the second, uh, or became the first Republican president to lose the popular vote twice. He also in his first election became one of a few presidents to win the presidency without actually winning the popular vote. So Donald Trump never won the popular vote. So that’s history making in a bad way for Trump. And then of course, right now, back on with the impeachment again, Donald Trump has made history multiple times throughout this administration and not once is it for doing something good. And I hope that is how history remembers him as a disaster, as a train wreck, as something that shouldn’t be looked upon as a, uh, example of how to be, but a horrifying warning of how bad we’re capable of letting things get.