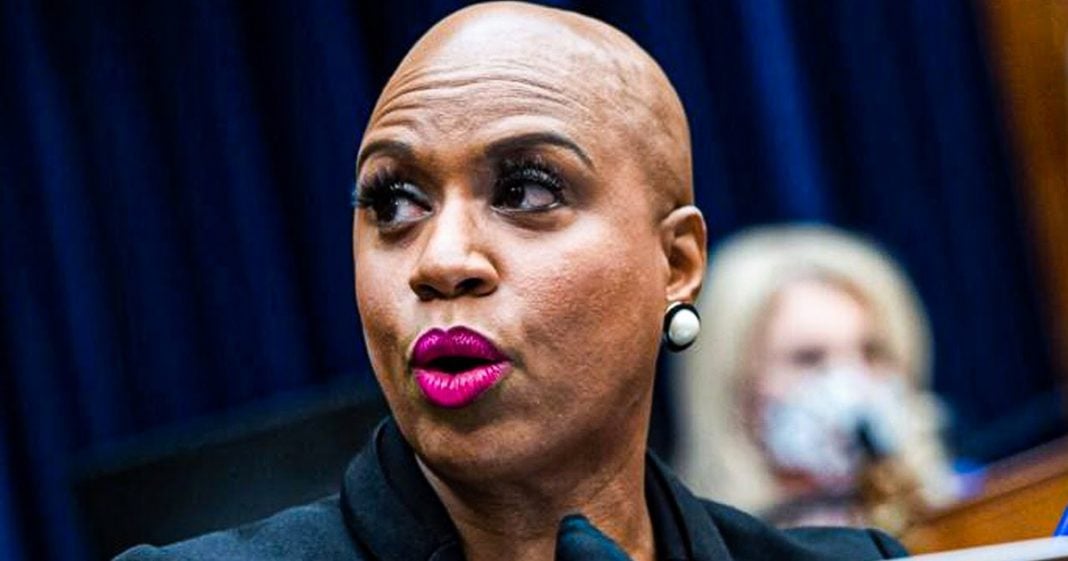 Representative Ayanna Pressley’s staff says that the panic buttons in her office had apparently been ripped out prior to the Capitol Hill riot, and they have no idea why that would have happened. This means that Pressley was unable to call for help or signal her distress during the riot inside the building. The buttons have been used by her in the past, and she hasn’t moved offices, so the staff is thoroughly confused and concerned as to why this happened. Ring of Fire’s Farron Cousins discusses this.

Some shocking news came out this week when it was revealed by Ayana Presley’s chief of staff, that the panic buttons in her office had actually been removed, ripped out. She says prior to the siege on the capital last week, now here’s where this story gets a little interesting. She’s used the panic buttons before. So not only does she know that yes, they were there and yes, they did work, but she also has not changed offices. So you’re in the same office, you know where the button is because you’ve used it before, you know, the button has worked in the past, you know, it had not previously been ripped out. Then suddenly there’s a problem on the Capitol with these insurrectionist Republicans, you go to push a button and you find out, Oh my God, the whole mechanism has been removed is what she said. The entire device removed several possibilities here.

And I don’t think that it would deviate far out of any one of these. The first one is that they forgot, or they didn’t get a memo that they were doing some kind of maintenance and they had to remove the button. They were going to replace it, fix it, whatever. Maybe they missed an email. Maybe they missed a phone call. Maybe it happened while they were super busy in the office and they totally forgot. So that’s, you know, innocuous situation, number one. Sure. Nobody’s really at fault there, whatever situation. Number two is that they’re making it up for sympathy. I don’t think that by the way, I don’t want people to get off at me for saying that, but I’m laying out all possible possibilities here. So that’s potentially number two, they’re making it up. I don’t believe that for a second. They would have no reason to do that.

Number three, it was removed prior to the siege, by people who knew that the siege was coming, given these three possible scenarios and any kind of variation of each, that one actually does seem the most probable reports have been coming out all week of Republicans being involved in the planet, not just, you know, Hey, I’m a Republican, Republican lawmakers being involved with the stop, the steal rally, the Republican attorney generals association, sending out robocalls, telling people to go and participate in this. The Republican party was involved, whether they wanted to be or not. They became involved, you know, Republican members of Congress showing these people around. Those are the newest reports. I wouldn’t put it past a Republican member of Congress, a Republican staffer or anybody on the right hand side of the aisle to have ripped this out. Now, obviously I cannot say that.

That is what happened. I cannot say that any of these things are what happened because we do not have any evidence at the moment to lead us in any direction. All we know is that they needed the panic buttons, the panic buttons weren’t there. Somebody has to answer for that. Somebody needs to investigate it. Somebody needs to find out what in the hell happened, because if it was just routine maintenance or upgrades, cool, there’s going to be records of that. And we should easily be able to verify if that is what happened. The fact that this news story came out and we didn’t have that immediately following kind of tells me, Hey, this wasn’t a routine thing. We need answers. The congresswoman’s life could have very easily been in danger. And I believe if they had found her, it would have been. So we need answers as to what actually happened in that office.